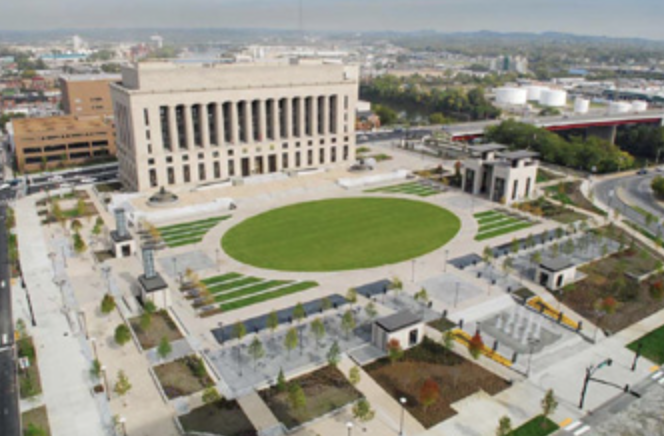 The recusal came less than one week after state lawmakers filed legislation to begin the process of removing Lyle from the bench because of her ruling last year allowing more people to vote by mail during the pandemic.

Rep. Tim Rudd, R-Murfreesboro, filed the resolution, arguing that Lyle overstepped her legal authority when she opened up absentee voting for the August primary election last year. The state Supreme Court reversed Lyle’s ruling in part after the state flip-flopped on its early position and agreed to allow voters with certain pre-existing conditions and their caretakers to request absentee ballots.

The expansion of voting by mail became a contentious political issue across the country, but Tennessee was one of just five states to not allow all voters to mail in their ballots due to the pandemic.

Lyle was appointed to the bench by Republican Gov. Don Sundquist and has served in the chancery court since 1996. Davidson County Chancery Court plays a crucial role in the judiciary because it is where administrative, regulatory, tax disputes and other cases involving state government are considered.

Although Rudd said the absentee voting case was the reason he filed the resolution, the legislation has already impacted the basic education program funding formula. Shelby County and MNPS sued the state, arguing the BEP formula inadequately funds Tennessee’s largest urban school districts. Those districts educate a large number of English-learning students, physically disabled students and economically disadvantaged students. Education activists in Nashville and Memphis have long argued their school systems don’t receive their fair share from the state, and the issue was finally set to head to trial in October.

Lyle sent the case to Nashville Circuit Court Judge Randy Kennedy, who will then reassign the case to another chancellor.

It’s unclear if Rudd’s legislation will gain traction in the state Senate, where as of Monday evening it did not have a sponsor for the necessary companion resolution.

The stance of our organization is we strongly support and independent judiciary even when we disagree with the judge's ruling.   – John Griffith, president, Tennessee Trial Lawyers Association

Stakeholders have criticized the measure, with Democratic lawmakers blasting the plan and accusing Republicans of seeking to inappropriately influence the independent judiciary.

Also on Monday, the Tennessee Trial Lawyers Association came out against Rudd’s legislation.

Trial Lawyers Association president John Griffith said in his 20-plus years of practicing law, Lyle has “always been an excellent jurist.” He called Lyle “extremely well prepared” and said she takes her job as chancellor “seriously and I’ve got serious respect for her.”

Griffith said he feared a chilling effect on judges who hear cases on politically unpopular issues.

“The stance of our organization is we strongly support an independent judiciary even when we disagree with the judge’s ruling,” Griffith said. “Personally, I was not in favor of (Lyle’s initial ruling on absentee voting), but that is not my job. I respect her ruling and mainly (the Trial Lawyers Association) want to keep the judiciary independent.”

The last time the General Assembly removed a judge was in 1993 after Dyersburg Chancellor David Lanier was convicted of federal sexual assault charges, according to the Tennessee Journal.