Two members of the Tennessee National Guard carry one of the three original Tennessee Constitutions to a waiting vehicle for transport to the new Tennessee State Library and Archives. (Photo: Ray Di Pietro)

On Monday, Tennessee officials staged a parade to move three physical versions of the Tennessee Constitution to their new home in the freshly completed Tennessee Library and Archives building.

The Tennessee National Guard color guard turned out in smart uniforms, the Tennessee State University drumline high stepped along the downtown parade route, and the constitutions were placed in boxes labeled, “Handle with care: high value state asset,” prior to being moved.

Gov. Bill Lee and Secretary of State Tre Hargett walked at the head of the procession.

From all the pomp and circumstance awarded to the move, you’d think Tennessee Republicans care a great deal about the constitution of the state and you’d be forgiven for thinking that.

GOP lawmakers talk a big game about how important both the U.S. and Tennessee constitutions are but actions speak louder than words. Over the last couple of legislative sessions, the supermajority Republican body has passed several bills later struck down as unconstitutional and looks like this session, the GOP is aiming for more.

The most recent is an action to investigate a respected Nashville judge, action that could culminate in her removal from the bench. 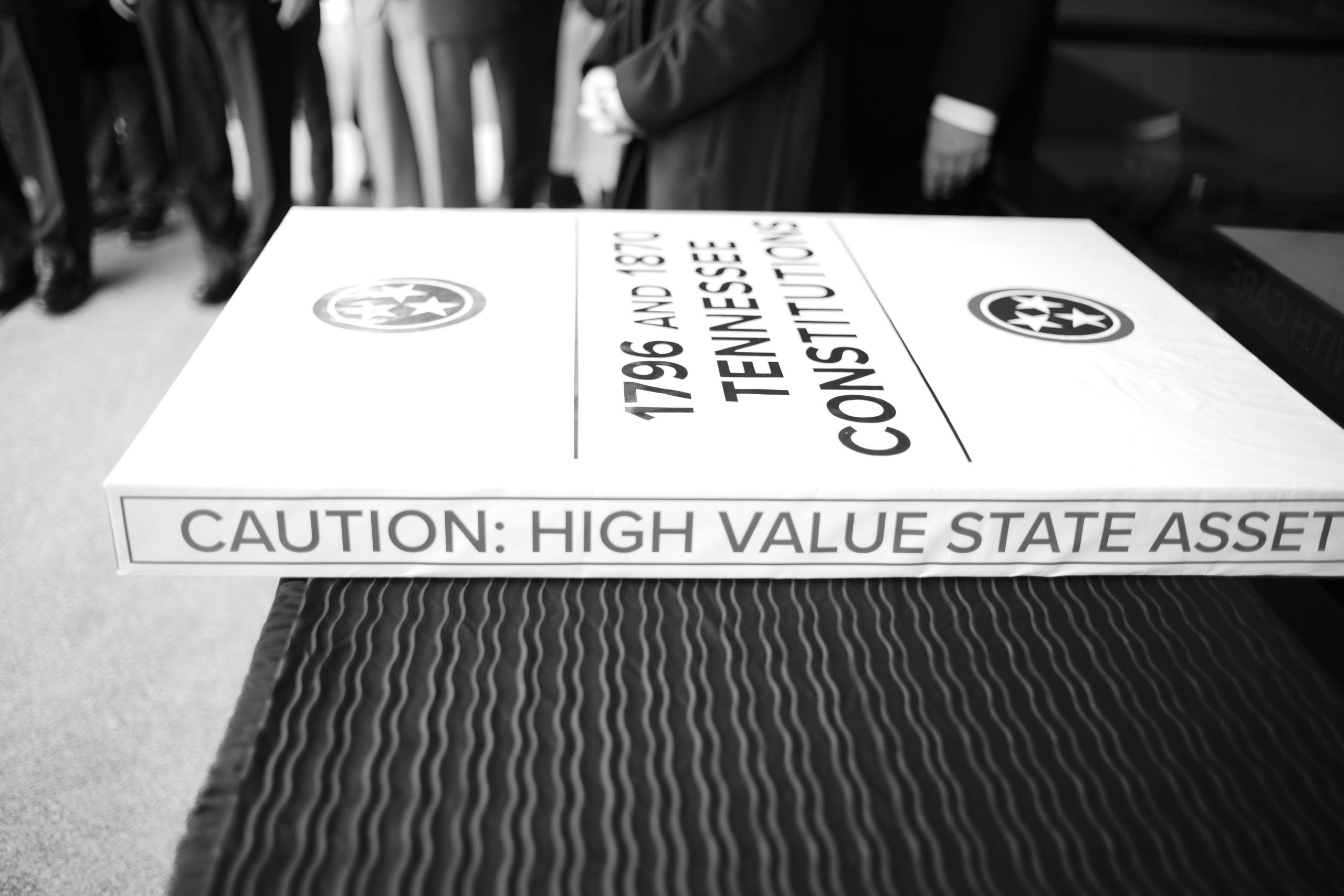 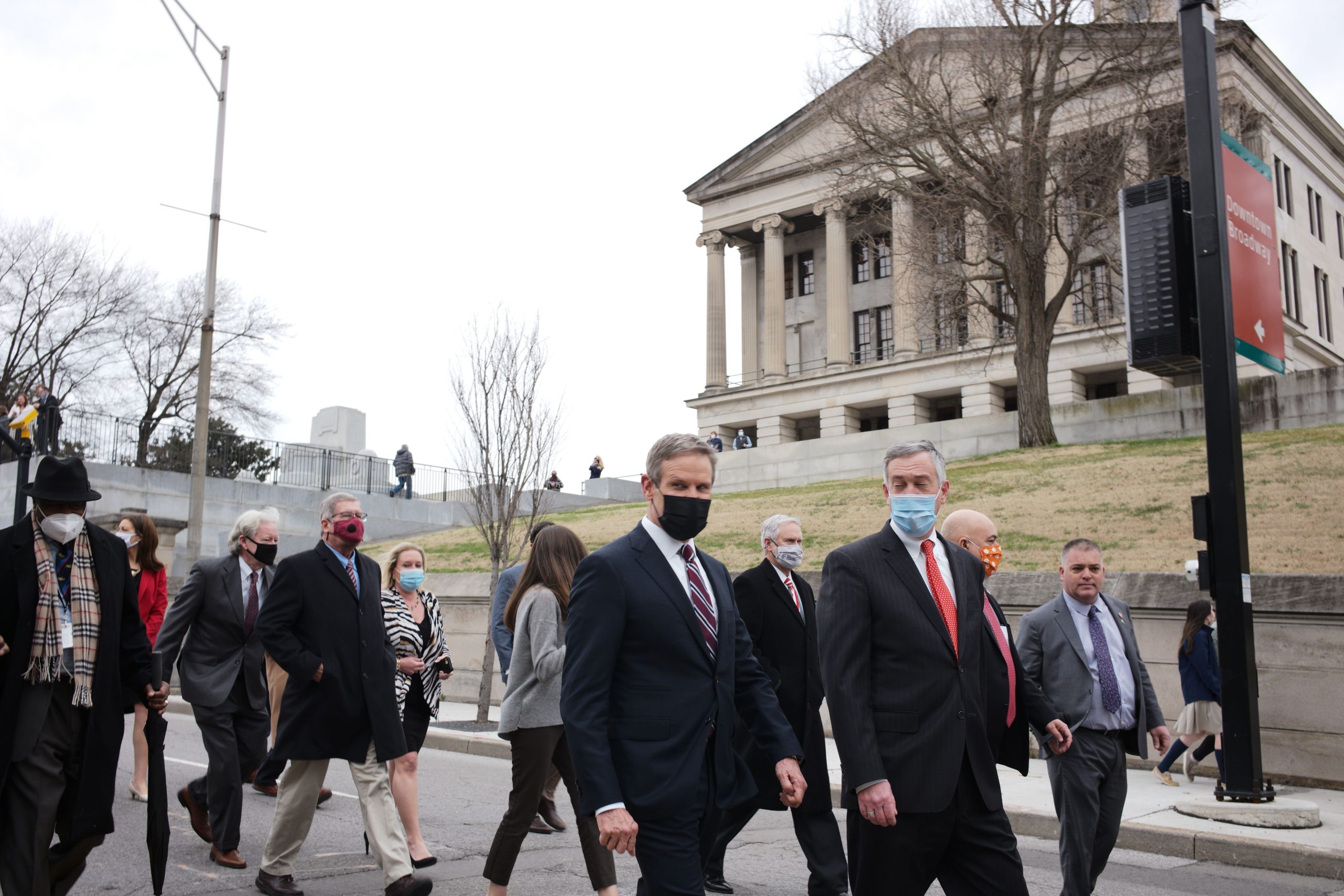 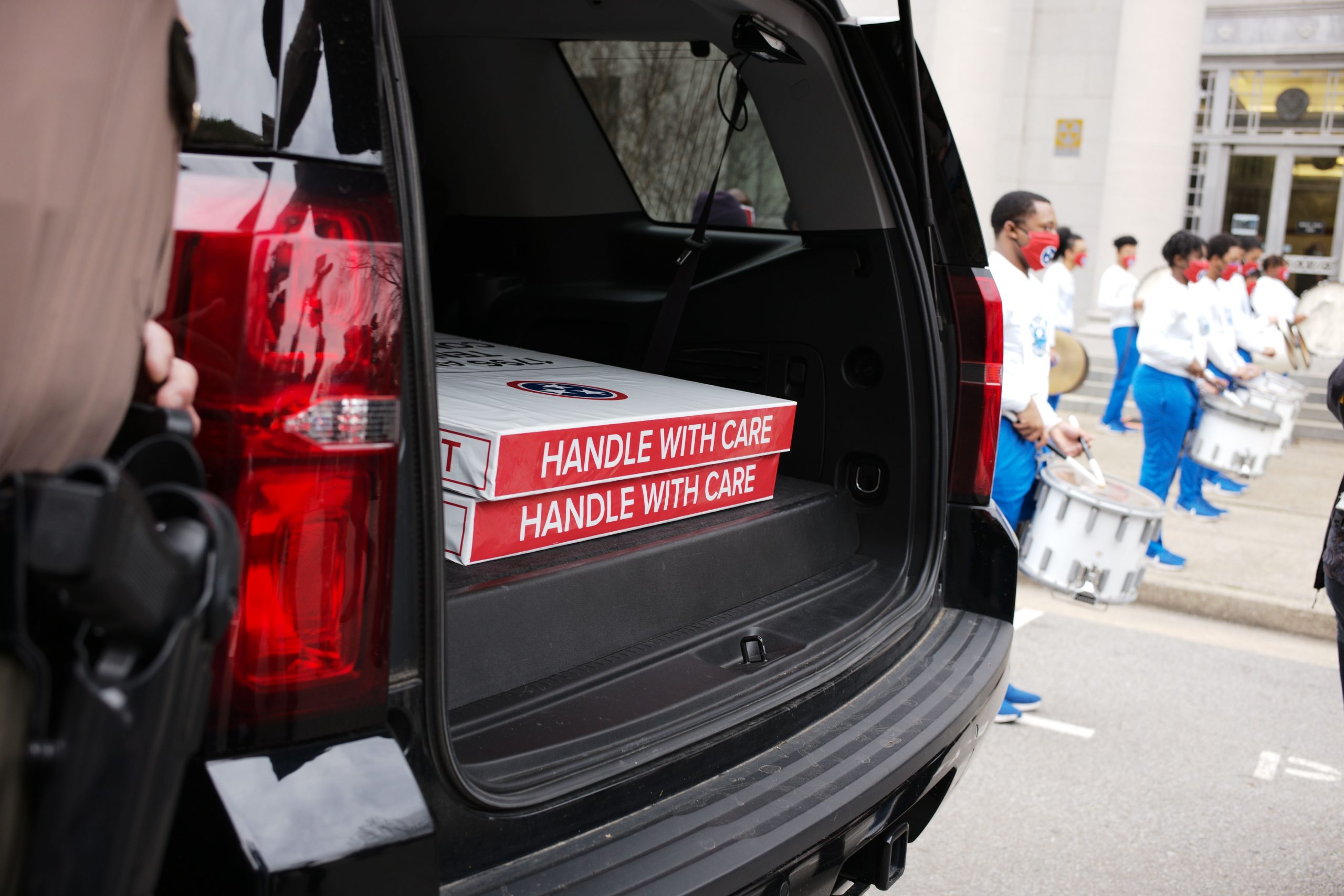 Loaded up and ready to go. (Photo: Ray Di Pietro)

Her crime? Chancellor Ellen Hobbs Lyle, who was appointed by former Republican Gov. Don Sundquist, sided partially in favor of the plaintiffs in a lawsuit to expand access to absentee voting, ruling fear of catching COVID-19 was a legitimate reason to ask for an absentee ballot in the 2020 pandemic-year election.

“Article VI, Section 6 of the Tennessee Constitution provides a process for removing judges and attorneys for the state from office for cause,” read the statement. It went on: “TBA has significant concerns about the resolution’s impact on the constitutional separation of powers in our three branches of government.”

The highest profile law to be ruled unconstitutional was Lee’s school voucher plan, which squeaked by in the legislature only to be shot down by two courts. (In early February, the Tennessee Supreme Court agreed to hear arguments from the State of Tennessee on upholding the voucher law.)

In October, a federal judge ruled another pet Lee law, the 48-hour ban on abortions, is unconstitutional as it “serves no legitimate purpose while place a substantial burden on women seeking abortions.”

And we haven’t even scratched the surface of Hargett’s measures that have sought to limit voting, including one which makes it a crime to ask for an absentee ballot on behalf of another person.

Presently, the legislature is contemplating at least two bills that could be ruled unconstitutional. On Monday, the Senate passed a bill that would prevent transgender high school athletes from playing sports on a team corresponding with their assigned gender and the House of Representatives will take it up next. The American Civil Liberties Union has already indicated a willingness to file a court challenge, should the bill become law.

Lookout reporter Sam Stockard wrote these unconstitutional laws come at a steep price to Tennessee taxpayers. Tennessee Attorney General Herbert Slatery has asked for $700,000 to hire five new attorneys, and Lee has $7 million in his budget to cover outside counsel and court settlements, $2 million more than the previous fiscal year. (This also runs counter to GOP claims of fiscal conservatism but that’s fodder for another column.)

In spite of staged pageantry, Tennessee’s Republican leaders continue to show professions of respect for the constitution are nothing but lip service to values they don’t honor.