Nashville Mayor John Cooper signed a letter of intent on Thursday with Bristol Motor Speedway for a long-term lease and renovation of the historic fairgrounds racetrack.

The agreement paves the way for NASCAR to return to Nashville as soon as 2022.

BMS will receive a long-term lease and agree to pay for the renovations, while Metro will issue the debt needed to pay for the project and benefit from a revenue sharing agreement. 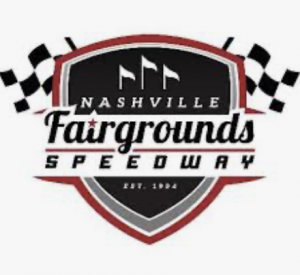 The letter of intent needs approval of the Metro Fair Board and Metro Council. And the entire project is contingent on state legislation to create a ticket fee, which will produce the revenue to cover the debt. Ticket fee legislation was filed in 2019 and is expected to be considered as soon as this session by the General Assembly.

NASCAR hasn’t raced at the fairgrounds track since 2000, and the highest level races haven’t taken place in Nashville since 1984. The 117-year-old track is revered by professional racing fans. In 2010, activists rallied around the racetrack when it was facing the wrecking ball, and later successfully amended the Metro Charter to make demolition more difficult.

Cooper signed the letter of intent on Thursday, flanked by BMS executives and legendary driver Dale Earnhardt, Jr., who has been outspoken in pushing for NASCAR’s return to Music City.

“The goal of the partnership is to bring our historic racetrack back to life as a valuable and exciting part of the Fairgrounds,” Cooper said. “We have an obligation to maintain the track, so it is smart for Nashville to engage a strong, long-term partner from the auto racing industry to operate it successfully. The business terms in this LOI protect Nashville, with multiple revenue streams to make this a financial success. We can put this landmark back on the national stage. I look forward to working with the Fair Board and the Metro Council in the months ahead.”

The return of NASCAR would give Nashville to major professional sports facilities at the fairgrounds. The Nashville SC’s new soccer stadium project is also underway at the property.

Auto racing has faced criticism from neighbors complaining about the noise and the uncertainty of when local operators, who have run the track for the last few decades, would hold races or practices.

To answer those concerns, the letter of intent includes sound mitigation measures and date certain scheduling. The agreement also calls for the track to host concerts and other events.

“We can work together to transform Nashville Fairgrounds Speedway into an amazing multipurpose entertainment destination,” BMS CEO Marcus Smith said. “We’re ready to roll up our sleeves and go to work to fully restore the speedway, recruit national events and breathe new life into a venue that has a legendary status in auto racing history.”

Under the terms of the letter of intent, Metro would issue a maximum of $50 million for the renovation of the racetrack. The possible ticket fees enabled by the state legislation would cover those costs. Metro would receive $1 million annually in rent, a split of the revenue including naming rights.

Whitson: Ethics legislation on hold to tighten up language

‘A massive breakdown in the system’: Tennessee has failed to collect DNA from 76,000 violent offenders