Fathers get ready to compete in the baby race at a shower hosted at Nashville’s Cathedral of Praise by Meharry Medical College. The man who dressed the baby first won a prize. (Photo: John Partipilo)

By 2019, Rep. London Lamar had seen a cousin die as a result of complications during childbirth. She had advocated on behalf of better supports for women during pregnancy. And she had suffered her own devastating late-term pregnancy loss.

Lamar, a Memphis Democrat who is Black, cited those experiences in introducing a resolution recognizing the role of doulas in addressing maternal and infant health disparities in Tennessee — where Black women are three times more likely to die from pregnancy complications than white women and the rate of black infant deaths is nearly twice that of white infants.

The resolution, approved by the Tennessee House of Representatives on Monday, recognizes doulas as vital childbirth team members and community health workers. The Senate has not yet introduced the resolution. The measure makes no change to state or local government policy, but Lamar hopes that it will lead to future legislation that formally designates doulas as health professionals and requires private insurers and TennCare, the state’s Medicaid program, to pay for them.

“Doulas are vital to our birth community and as health workers and will be necessary to combat Tennessee’s infant mortality crisis,” said Lamar in Monday’s house floor session.

For centuries, doulas were friends, relatives and traditional midwives who aided mothers during childbirth, but today doulas may be trained professionals who provide a range of support for women before, during and after childbirth.

Studies have shown that doulas have reduced the number of pregnancy-related deaths in Black and at-risk communities by providing access to prenatal, birth and postpartum care and support.

“We know there is a strong link between income, race/ethnicity, and that delivery-related complications are more common among women of color,” said Dr. Kate Fouquier, the University of Tennessee Health Science Center’s College of Nursing’s coordinator for the Doctor of Nursing Practice concentration in nurse-midwifery.

“The midwifery model of maternity care and the continuous care that trained doulas can provide have been shown to have a positive impact on birth outcomes,” she added.

In Tennessee, doulas are not licensed healthcare workers and are currently not allowed in hospitals during childbirth due to COVID-19 protocols.

A state law would be required to have doulas classified as licensed medical providers in order to be covered through most insurance companies, along with TennCare, Tennessee’s Medicaid program. And there would need to be a budget approval from the General Assembly to cover the costs associated with doulas, according to Sarah Tanksley, a TennCare spokesperson.

Half of all childbirths in Tennessee are paid for by TennCare.

Only two states, Oregon and Minnesota, cover doulas through their Medicaid programs. New York has launched a pilot program to provide Medicaid reimbursement for doula services. Other states have adopted similar resolutions recognizing the value of doulas.

Currently, most private insurers do not cover doulas either, Lamar said.

The doula resolution is among a series of bills introduced by Lamar to address infant and maternal mortality. One bill would create a nine-member Black task force dedicated to studying and reporting on causes of infant mortality. Another bill seeks to require the department of health to create an evidence-based implicit bias training for healthcare professionals as related to maternal and infant mortality.

At Cathedral of Praise Church, located in a largely African-American community in North Nashville’s Bordeaux neighborhood, cars with multi-colored balloons waited for medical professionals and nurses to offer car-side dental exams and blood pressure checks. Dental exams are important for pregnant women to ensure potentially dangerous bacteria is not being transmitted in utero.

Mothers joined a raffle to receive free cribs and blankets, and staff from Meharry Medical College encouraged women to sign up for the Nashville Strong Babies program, which aids new mothers.

Dr. Kimberlee Wyche-Etheridge, an assistant director for Meharry Medical College’s division of public health, has been organizing events like this one with the Metro Public Health Department to target at-risk areas, through programs such Nashville Strong Babies and the Healthy Nashville, Healthy Future Resource Guide that provide health coaching to mothers before and after giving birth.

But steep challenges remain in ensuring women of color and poor women have access to pre- and post- natal care, Wyche-Etheridge said.

“There are no medical services in this area that are close. This area is both a healthcare and a food desert,” she said. 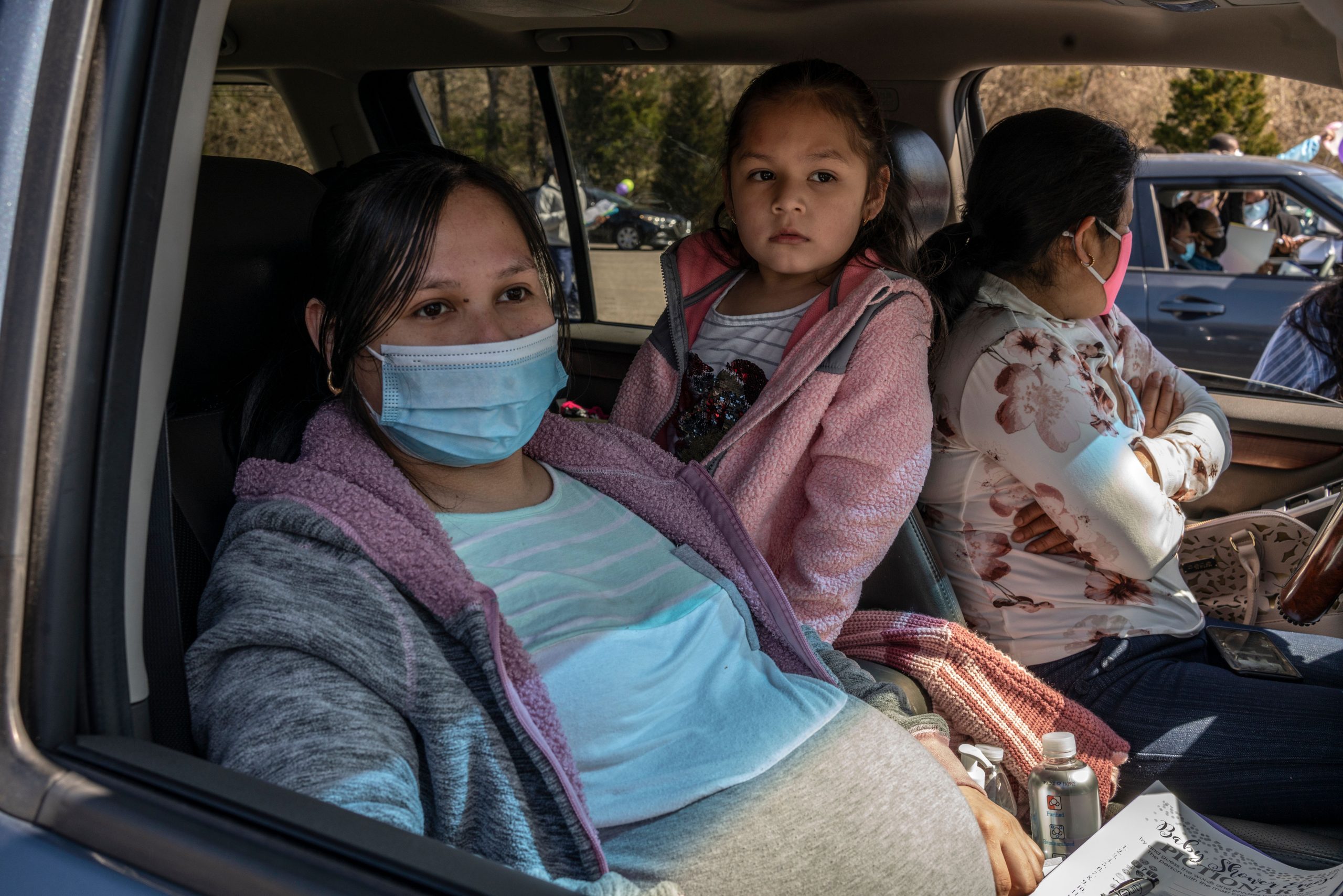 Fagustina Alvarez and daughter Brizeyda, 5, at a shower hosted at Nashville’s Cathedral of Praise by Meharry Medical College.(Photo: John Partipilo) 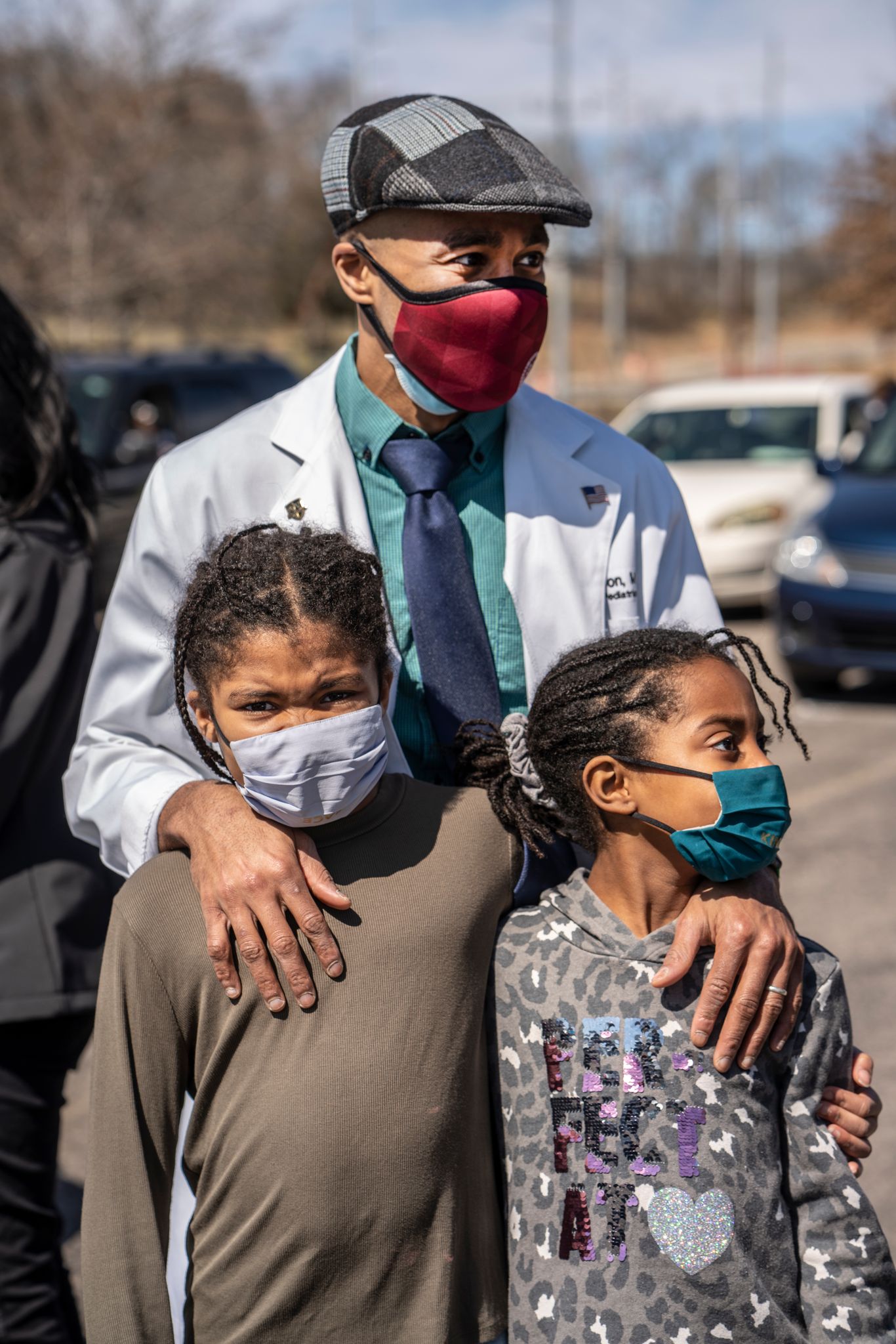 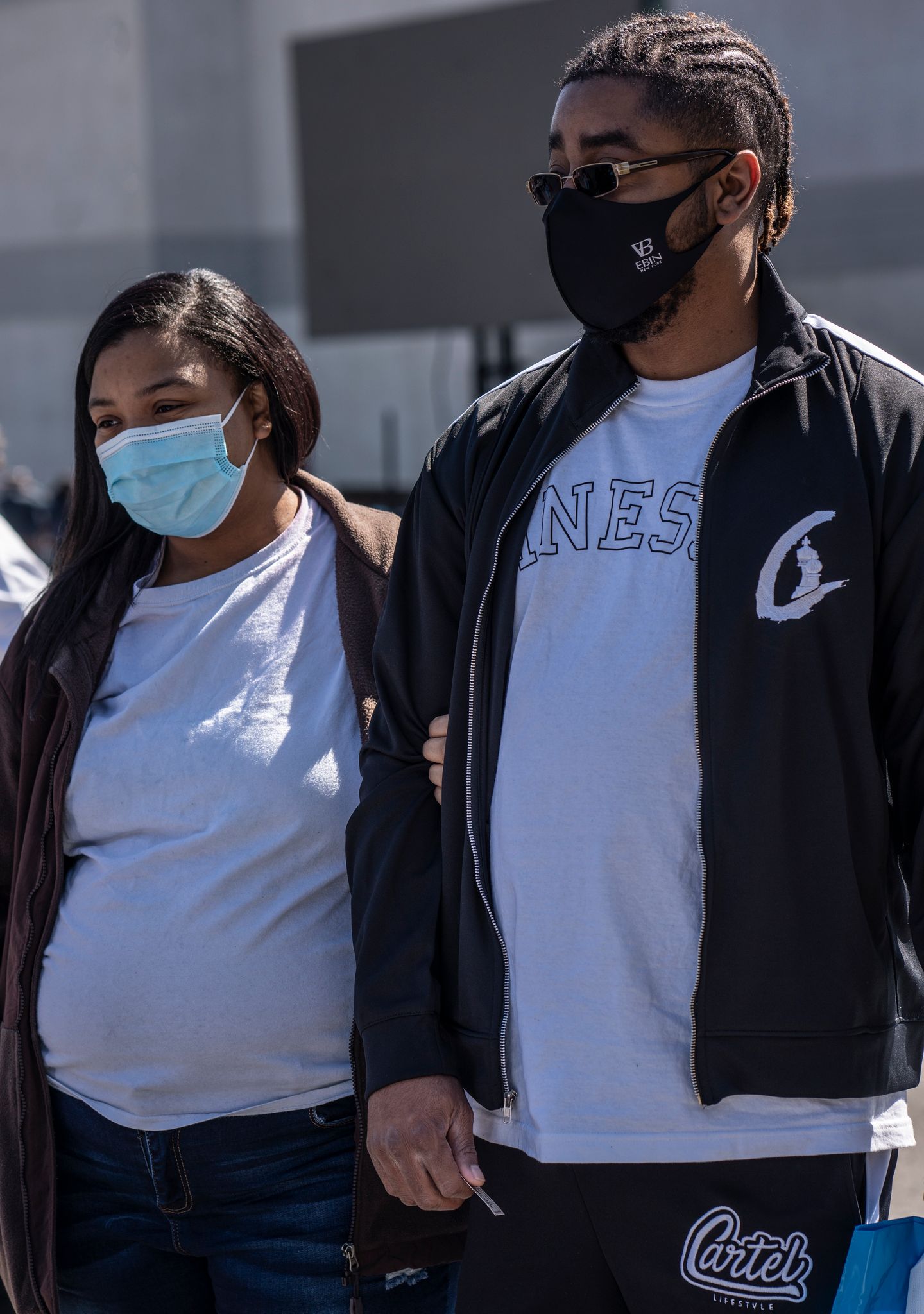 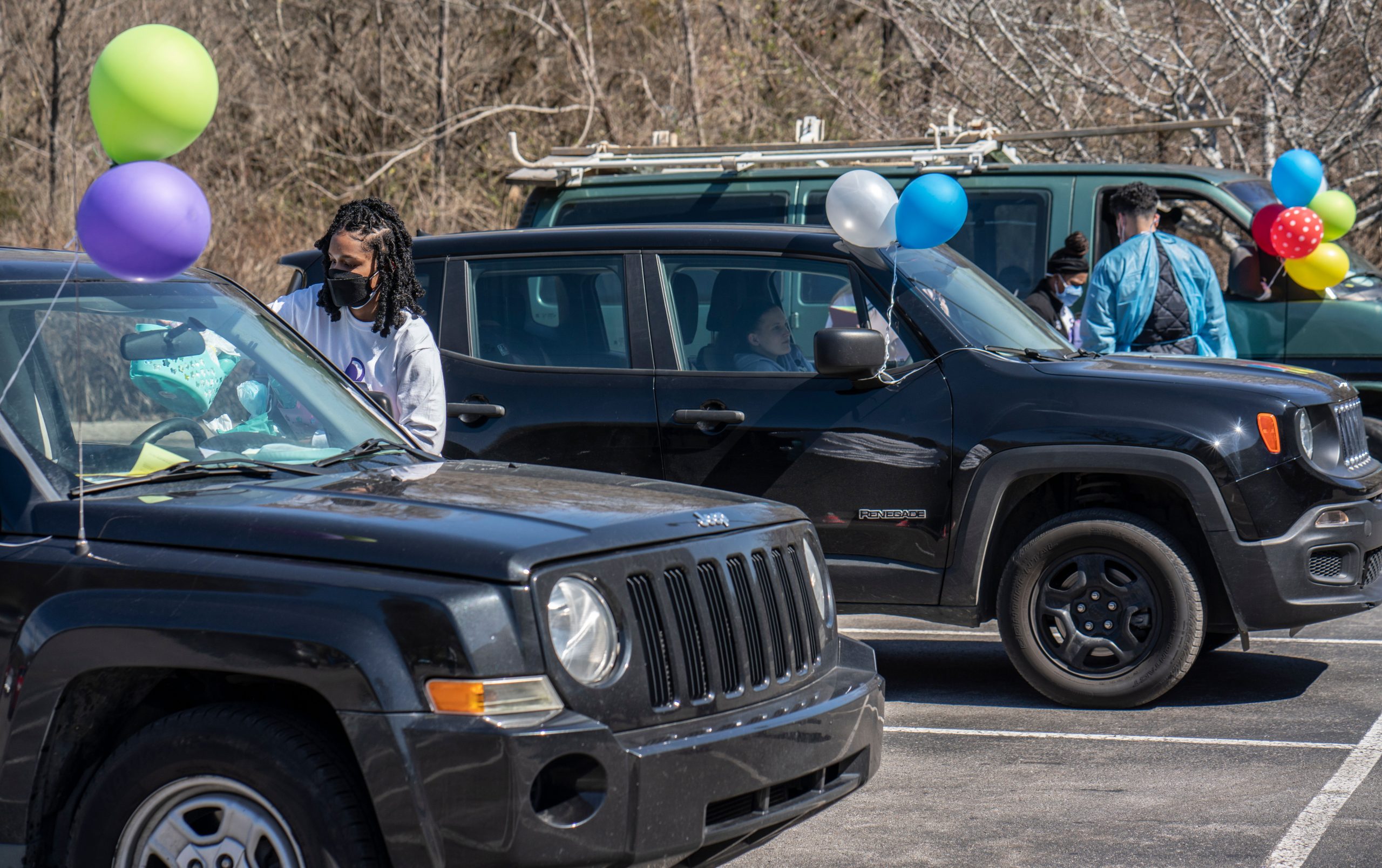 Dental Students at Meharry visit mother in cars to see if they want a free dental checkup.(Photo: John Partipilo) 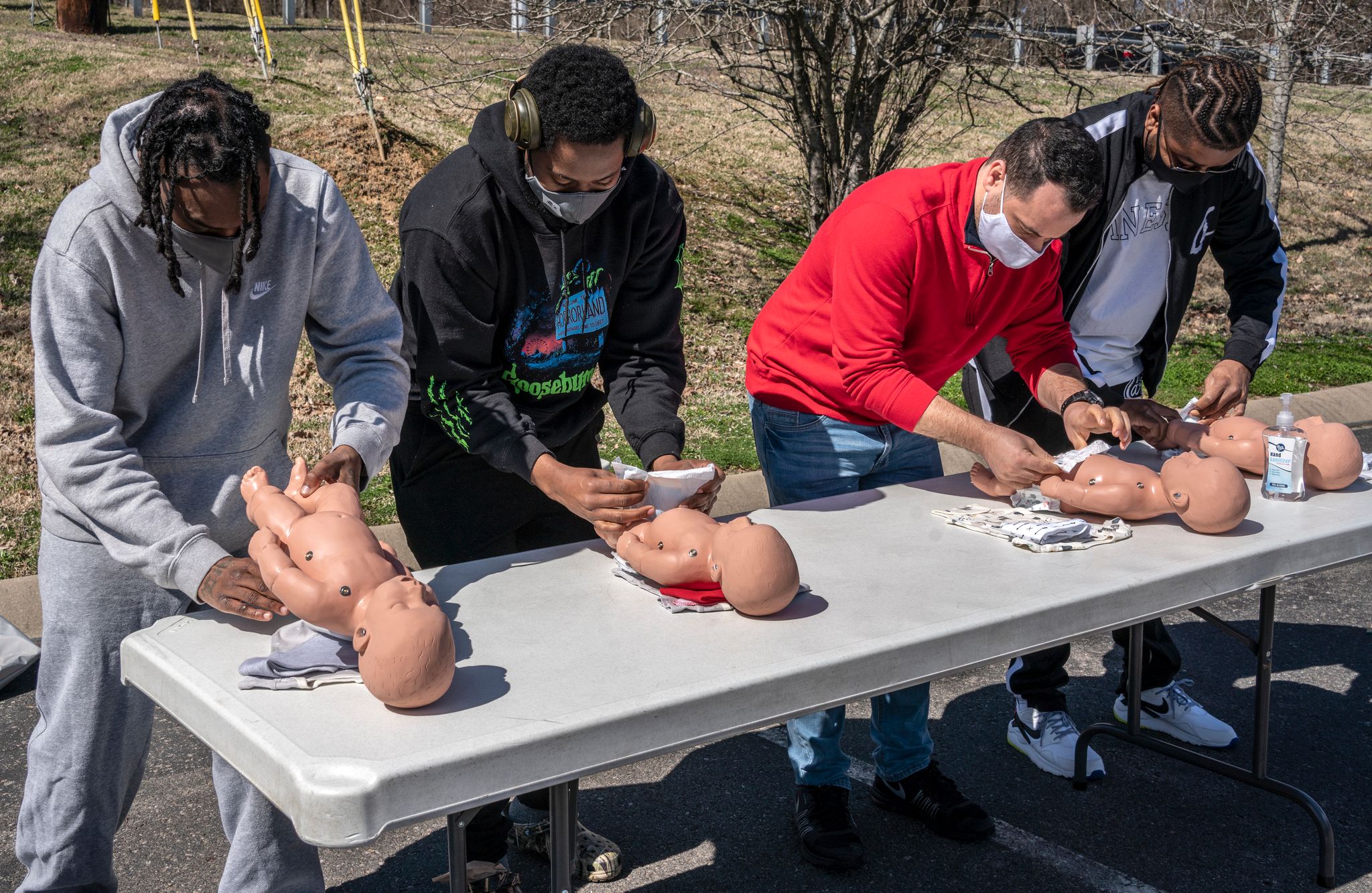 Fathers get ready to compete in the baby race at a shower hosted at Nashville’s Cathedral of Praise by Meharry Medical College. The man who dressed the baby first won a prize. Remy Nassif, 35, in red sweater won. This was his third baby so he has had lots of practice.(Photo: John Partipilo)

Cherisse Scott, who founded the Sister Reach organization in Memphis to expand reproductive healthcare in Black communities, said many predominantly Black neighborhoods in Shelby County are located in healthcare and food deserts that experience higher pollution rates along with limited access to quality food and healthcare resources. These factors can lead to unhealthy lifestyles, and poor health outcomes in pregnancy.

“Tennessee has not provided a safe environment for mothers to thrive,” said Scott.

Prominent Black women, including singer Beyonce and athlete Serena Williams,  have also complained of medical workers not taking their pain seriously during childbirth.

“Unfortunately, in the U.S. a lot of people have been culturalized into believing these biases and it seeps into how they practice and how patients are evaluated and eventually how they are treated, which then can be closely related to their health outcome and their satisfaction with their healthcare experience,” said Wyche-Etheridge.

Doulas can serve as advocates for their patients with medical professionals in addition to providing care for Black women before and after giving birth.

Finding low-cost or free doula services, however, is challenging.

“They still are underfunded, underpaid or unable to offer their services because the folks that need them the most cannot afford them,” said Scott.

Doulas offer a wide range of services from supportive to providing medical care. Although a certificate is not required, hospitals may require certification to attend births, especially due to COVID-19 protocols. Getting certification to become a doula can be a luxury due to certification fees and years of education required, according to Peake.

“I do see a gap,” Peake said. “If you’re wanting to truly assist the most marginalized, we have to recognize doulas as healthcare professionals, similar to how we see healthcare workers and counselors, because their work is beneficial to the community.”

(Featured photo: Fathers get ready to compete in the baby race at a shower hosted at Nashville’s Cathedral of Praise by Meharry Medical College. The man who dressed the baby first won a prize. (Photo: John Partipilo)