Just months after actively seeking Asian investment in Tennessee, including China, Gov. Bill Lee’s administration is taking a hard stand against the communist country, forcing closure of already-defunct Confucius Institutes at Tennessee universities and shutting down the state’s investment office there.

Lee recently introduced legislation to require more transparency on foreign investments in the state’s colleges and to prohibit establishment of Confucius Institutes. Tennessee’s universities and colleges already have been providing information to the federal government on Chinese investments, so for all practical purposes they would simply be required to give that information to the state. 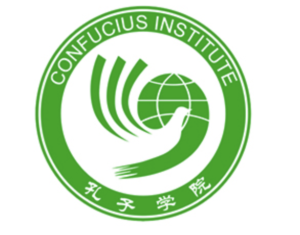 Lee, nevertheless, wants to make a point with China.

“Colleges and universities are a place for the robust debate of ideas – not a place for foreign governments to operate in the shadows,” Lee said in a statement. “After the federal government rolled back critical reporting requirements around Confucius Institutes, my administration is taking action to provide Tennessee taxpayers greater transparency in all foreign investment on our campuses. I thank university leadership for working with us to preserve the integrity of our state and national security.”

In addition, the Tennessee Department of Economic and Community Development closed its foreign investment center in China even though the governor and ECD Commissioner Bob Rolfe spoke by video at an early September 2020 conference in China, encouraging companies to invest in job creation in Tennessee.

“We just want you to know that here in Tennessee we are open for business. And we understand the value of partnership and relationship, especially with foreign owned companies,” Lee reportedly said in the video.

The department defended Tennessee’s efforts at the conference at the time, pointing out the state had seven international representatives in 13 countries working on global recruitment, including three in Asia and rest in Europe. At that point, the state had landed 70 projects from Asia-based companies representing more than 13,000 jobs commitments and $4.2 billion in capital investment.

Tennessee tried to lure a Chinese tiremaker to the Memphis Regional Megasite in 2016 but lost out on the deal to Georgia when Sentury Tire Americas announced it would invest $530 million in a plant 60 miles northeast of Atlanta. The Memphis property remains without its first tenant as the state continues to pour money into the tract.

The odds of the mega-site attracting a Chinese companies are even longer now, because China is no longer the home of a Tennessee economic recruiting office.

A spokeswoman for the Economic and Community Development Department confirmed the state closed the office and began focusing recruiting efforts on “trusted partners like Japan and South Korea and we are strengthening our vetting process around any foreign company looking to invest here.”

As recently as September, Lee and Economic and Community Development Commissioner Bob Rolfe spoke to Chinese officials by videoconference, with Lee reportedly saying he understands the “value of partnership and relationship, especially with foreign owned companies.”

The department would not say whether the closing was fallout from the spread of COVID-19, which is believed to have started in Wuhan, China, or simply because of China’s communist government or even continued poor relations from the trade war between former President Donald Trump and China.

But it is a clear reversal, considering the Economic and Community Development Department and Investment Promotion Agency of China’s Ministry of Commerce co-hosted the North American Chinese Investment Summit in Beijing.

Some of those “major projects” were caught in the tariff battle between Trump and China as companies slowed plans to expand here, in part because they were depending on China’s low steel prices to help pay for construction projects.

I think (Lee's legislation) will go through fairly easily and sort of sends the message we're going to be careful with people coming over to our country from countries that are not democracies.

House Republicans are backing Lee’s proposals, saying they don’t want “any intrusion” from a communist country.

Likewise, Lt. Gov. Randy McNally said recently the federal government is concerned about associates of the Chinese Red Army coming to the United States to observe how things are done and taking messages back to Beijing.

“I think it will go through fairly easily and sort of sends the message we’re going to be careful with people coming over to our country from countries that are not democracies and have governments trying to look inside the United States,” McNally said.

In contrast, Democrats say the governor’s efforts are misplaced this session.

“Time and again we keep seeing political decisions being made that should not be near the top of our priority list. Right now, Medicaid expansion, education, these important issues should be our top priorities,” said state Rep. John Ray Clemmons, a Nashville Democrat. “To the extent this administration wants to play upon any current political dialogue one way or another is simply distracting from the real issues affecting Tennessee families.”

Clemmons and Senate Minority Leader Jeff Yarbro of Nashville held a press conference Tuesday to urge the governor and Republican legislative leaders to take the American Recovery Act offer for a 5% increase in Medicaid funds to expand coverage to hundreds of thousands of uninsured Tennessee residents caught between TennCare and the Affordable Care Act. They said it would increase federal funding by $1.2 billion over the next two years.