When historians discuss King Louis XIV, perhaps the best-known ruler in the history of France, they typically associate him with phrases such as “Louis the Great,” the “Sun King,” the age of absolutism, or with his reign of 72 years in the 17th and 18th centuries – the longest of any European monarch in history.

Modern Americans and heralds of contemporary pop culture might think of the King quite differently and associate his name with the works of Alexandre Dumas who romanticized the leader in his timeless tales of Porthos, Athos, and Aramis in “The Three Musketeers,” and their most famous protégé D’Artagnan; or various iterations of “The Man in the Iron Mask.”

But rarely would one know the Sun King as an owner of tigers and other exotic animals who was written to have once entertained the ambassador of Persia with a gruesome fight between a tiger and an elephant. Louis XIV is less well known for commissioning the construction of a tremendous menagerie in the southwest portion of the gardens in the Palace of Versailles – what today we would refer to as a private zoo.

The fascination with accumulating private collections of captive tigers and other wild animals didn’t end with the Sun King. Until he was deposed by law enforcement last year, America had its own “Tiger King” in the form of Joe Exotic who was featured in the 2020 Netflix series that meanders through the twisted world of cub petting, an enterprise that allows tourists of roadside zoos the opportunity to hold, pet, and take photos with tiger cubs for a hefty price.

Four members of Tennessee’s federal delegation, U.S. Reps. Steve Cohen, Jim Cooper, Tim Burchett and Diana Harshbarger, have signed on as sponsors of the Big Cat Public Safety Act, a bill that seeks to stop the trade of big cats as pets.

Increasingly other operators of private menageries and roadside zoos like Joe Exotic, Tim Stark, “Doc” Antle, and Jeff Lowe are under investigation by authorities or have faced charges for violating animal welfare and anti-wildlife trafficking laws.

Cub petting as a business strategy lasts just a few months for each animal. They become too big to handle after that, and that’s why the operators must keep breeding tigers and lions to keep a fresh supply in the pipeline. Each captive tiger or lion brought into that world costs animal sanctuaries like the Big Cat Rescue in Florida as much as a million dollars over the course of the animal’s lifetime.

There’s also great danger in the potential release or escape of big cats as is evident in the 2011 Zanesville, Ohio case where a mentally troubled exotic animal owner released 50 exotic animals, including grizzly bears, wolves, and big cats, into the community just before dusk. Sheriffs’ deputies were ordered to shoot the animals for public safety purposes, and it wasn’t a pretty sight.

And that’s why we’re backing the Big Cat Public Safety Act (BCPSA), H.R. 263, a bill that cleared the U.S. House last December but failed to pass the Senate as the 116th Congress came to a close. The measure has been reintroduced in 2021 and seeks to stop the trade in big cats as pets, including breeding the animals for cub petting opportunities by paying customers.

Animal protection groups, law enforcement agencies, and organizations, including the National Sheriff’s Association, have endorsed the measure because they know all too well the fate of animals conscripted into this exploitation. Sheriffs and other first responders do not want to confront a 350-pound tiger when they rush in to stop a fire, attend to medical injuries, or interrupt a domestic dispute. The measure is also backed by the Association of Zoos and Aquariums, the leading trade association in the industry. They support the bill because responsible zoos and organizations understand the horrors and dangers of big cats running loose as we saw a few weeks ago with a tiger in San Antonio, Texas.

Not only are the trade in big cats and practices costly unfunded mandates for rescues, and dangerous potential hazards for humans, but these innocent creatures live miserable lives. The cubs are taken from their mothers at birth, deprived of the proper nutrition found only in mothers’ milk, denied sleep while being handled for hours on end, and physically punished for exhibiting their natural behaviors.

Some forms of animal exploitation have lasted for centuries. But in the 21st, we can close out this era of exploiting animals for commercial cub petting and ego gratification. These collections were misplaced in both 17th century France and our modern-day America. 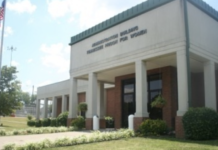 Commentary: Tennessee Democrats need to take off the rose-colored glasses