In Memphis, the Byhalia Pipeline has been controversial since it was proposed in 2019. Criticis say that it would cause an environmental disaster for some Shelby County residents.

The joint venture operation between Texas-based  Plains All American Pipeline and Valero Energy Corporation plans to build a 49-mile route between the Valero Memphis Refinery and the Valero Collierville in Marshall County Mississippi to transport crude oil. The pipeline was granted a single permit by the U.S. Army Corps of Engineers that would allow the company water crossings in the state, which the group Memphis Community Against the Pipeline and their supporters argued allowed the company to circumnavigate an environmental impact statement and public input process.

While in theory the pipeline would simply cross through Memphis to Mississippi, community activists fear the possible contamination of the Memphis Sand Aquifer, which provides the city’s sole source of drinking water.

The company has argued that there will be benefits, such as “strengthening the region’s economic vitality and America’s energy independence,” according to their website.  Environmental lawyers argue that the residents themselves would “bear a lot of risk and almost no benefits,” said Amanda Garcia, office director for Southern Environmental Law Center.

Several Shelby County communities stand in the proposed path of the pipeline, including the historically Black Boxtown neighborhood located in Southwest Memphis.

Boxtown was settled by formerly enslaved people who used discarded train parts to create their homes. The route would also run through several other predominantly Black Southwest Memphis communities including Westwood and Whitehaven.

Project critics point out that the communities are already burdened by harmful environmental issues. Nearby oil refineries, wastewater treatment facilities, industrial manufacturers and power plants lead to cancer risks four-times the national average. Contamination of the area‘s drinking water could potentially turn the area into another Flint, Michigan, a city whose water system was contaminated with lead.

“The people who live in the path of the pipeline are the ones who know their community the best, who know the risks and the local environmental concerns,” said Garcia.

Byhalia Pipeline officials could not be reached for comment despite multiple requests but stated in a press release stating that they have received more than 8,000 letters of support from local residents and that 96% of landowners have signed easement agreements showing there’s support for the pipeline.

“The conversation is not as one-sided as it appears in the media,” said the release.

A Timeline of Lawsuits

The Byhalia pipeline bought 34 easements from local landlords in Shelby County but encountered resistance from nine owners. In January 2021, eminent domain cases were filed against the landowners with the intent to take the land with compensation. Several were settled outside of court, but two landlords and three individual owners remained to face the suit. A Shelby County Circuit Court judge, Felicia Corbin-Johnson, then ruled that the group Memphis Community Against the Pipeline can join the remaining landlords in the eminent domain suit.

The fight against the pipeline was joined by influential figures, including native Tennessean and former Vice President Al Gore, who tweeted “Building more fossil fuel pipelines is reckless and many proposed routes are racist. I stand with those opposing the Keystone, DAPL, MVP, Line 3, and Byhalia pipelines.”

Gore spoke at a March 14 rally and called the project “reckless, racist and a rip-off.”

The pipeline experienced another barrier when the Shelby County Board of Commissioners decided not to sell properties acquired through tax delinquency. The land had previously been included in a moratorium and was necessary to the pipeline project. The vote was interrupted by community organizers begging commissioners to vote down the sale, and the commission’s 9-2 vote struck it down on March 22. The only commissioners to vote in favor of the sale were David Bradford and Amber Mills.

On April 2, the Southern Environmental Law Center filed  a suit against the U.S. Army Corps of Engineers for issuing the permit for the pipeline and argued that the federal agency did not properly consider the environmental risks in the community.

Shelby County Mayor Lee Harris proposed an amendment that would require the pipeline to be at least 1,500 feet from homes, schools, churches, parks and family recreation centers. On April 8, the Memphis and Shelby County Land Use Control Board voted 8-0 to recommend the approval of the amendment, which will require additional approvals by both the Shelby County Commission and the Memphis City Council to apply to the pipeline.

Byhalia Pipeline representatives have said the company has all of the environmental permits it needs to begin construction, including the 34 easements.

The eminent domain case against the landlords is still pending, otherwise the company will need to reroute the project. If this is the case, said Garcia, the Byhalia Pipeline will be required to go through an individual permit process, but Memphis Mayor Jim Strickland placed a hold on their application for city permits while he reviews the situation.

Congressman Steve Cohen has asked the Biden Administration about halting the project, bringing the issue to a federal level.

“The proposed Byhalia Pipeline would impose yet another burden on Black neighborhoods in southwest Memphis that have, for decades, unfairly shouldered the pollution burdens of an oil refiner, and coal- and gas-fired power plants,” said Cohen in a press release.

Critics of the pipeline hope their struggles will force the company to reconsider the project. According to Garcia, the whole point of these battles was to make sure the environmental risks were properly evaluated and studied.

“My point is that not every legal battle regarding this pipeline isn’t one that necessarily means the pipeline won’t get built, it’s about including the people who will be most affected,” she said.

While the company may still pursue the project, pending the results of their lawsuits, or choose to reroute around the combatted area, the bigger question, said Garcia, is: Is the pipeline even needed?

“I don’t think these are unreasonable things to ask when you’re talking about a pipeline that’s going to travel for 50 miles and carry hazardous liquid that could leak or spill out into the environment,” she said.

Featured photo: Memphis residents are pushing back against the Byhalia Pipeline project.  The joint venture project would build a 49-mile pipeline between Memphis and Mississippi and would run through several Black communities in Memphis. VALERO Memphis Refinery is located on along the Mississippi River’s Lake McKellar in South Memphis. (Photo by Karen Pulfer Focht) 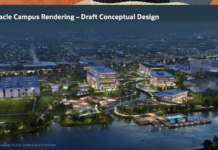 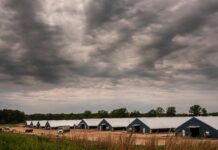 The Byhalia Pipeline: What you need to know

How Metro will navigate financial obligations at Sounds’ ballpark after year...

Exit/In under contract to be sold to hotel developer