The Metro Nashville Industrial Development Board approved the $175 million economic development plan for tech giant Oracle to build a corporate campus on the east bank of the Cumberland River despite 11th hour objections from the city’s political left flank.

The vote was 7-2 after over four hours of consideration including more than two hours of comments from members of the public.

The approval puts the project on the brink of fruition. It will be considered by the Metro Council next week. 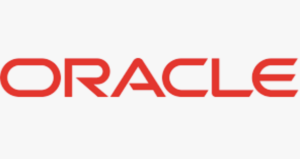 Under the agreement brokered by Nashville Mayor John Cooper, Oracle will pay up front for $175 million in infrastructure work and environmental remediation related to a former dump site on the River North property. The company will then be reimbursed for half of its annual property tax payments until it recoups $175 million, or the actual costs of the infrastructure, whichever is lower. The deal is hard-capped at $175 million and any overages will be covered by Oracl

Progressive groups Stand Up Nashville and the Equity Alliance held a bombastic press conference on Monday, bashing the project for its lightning fast timeline and calling into question the plan for its potentially negative impacts on affordable housing and gentrification in the nearby neighborhoods. The groups also called for union involvement in the construction process and for a commitment by Oracle to hire Nashville residents and minorities for its jobs.

Cooper began the meeting by extolling the benefits of the Oracle project and asking for the IDB’s support. In prepared remarks after the vote, he celebrated the procedural victory that pushes the largest economic development project in Tennessee history in terms of jobs forward.

“Nashville is ready to take the next step toward an even better future,” Cooper said. “This vote launched 8,000-plus STEM careers with a company nationally known for its support of HBCUs and local schools. We can build Nashville’s next great neighborhood on the East Bank, and the ‘Oracle Bonus’ will allow us to pour millions into affordable housing for families.

“A game-changing opportunity for Nashville families now moves forward to Metro Council for full and open consideration. This is a big moment for Nashville’s rebound and a genuine step toward a Nashville that works for everyone.”

Oracle vowed to invest in education in Nashville, from its Oracle Academies that partner with public schools to train students on technology sector skills, to its donations to Historically Black Colleges and Universities. The company also said the public infrastructure, including a bridge across the Cumberland to Germantown, a park and greenspace, would be open for the public to use.

Cooper adviser Mike Jameson said those kinds of public infrastructure investments, which will come without the extra expense of loan interest, are above and beyond what a developer would typically be required to do by the city.

River North is located north of the Tennessee Titans’ stadium and just north of the popular Top Golf facility. Oracle is a multi-billion-dollar company with 135,000 employees worldwide. Those employees build software systems with tentacles into almost every aspect of everyday life.

It’s the kind of tech sector win that sets Nashville up to compete in the global job market. The city is fresh on the heels of luring corporate jobs from Amazon and Alliance Berstein. The average annual salary will be $110,000, according to information provided by Oracle.

But, the project has not been without pushback. Odessa Kelly, the founder of Stand Up Nashville and candidate for Tennessee’s 5th Congressional district representing Nashville, expressed concerns about the deal. In response to advocacy from Stand Up Nashville and the Equity Alliance, dozens of opponents called into the meeting, encouraging the IDB to delay a vote so the public had more time to weigh in.

“I am a bit torn on the proposal on the Oracle development,” said skeptic Blake Stockard during his public comment time. “I think on one hand it sounds like a great opportunity for the city in terms of tax revenue as well as job opportunities, but I’m a bit skeptical of the lack of public comment on the matter. I would ask for a delay on this vote to pass this until there’s a more thorough public comment period so that we can really hear from residents who live in this neighborhood or near this site, or even those who are interested to give feedback on this proposal.”

But, attorney James Weaver, who lobbied Metro in favor of the project for its already-approved infrastructure investment, said the Oracle project is “the most publicly debated” economic development project in the city’s history.

“These agreements, and the underlying zoning and the infrastructure contained therein has been the subject of 17 separate votes in the Metro Council over the last four and a half years,” Weaver said. “Most of those votes received 38 or 39 council members voting for it. Today is the ninth public hearing going back to 2018 dealing with the infrastructure that is the subject of your debate today. The River North development and the infrastructure package that is before you today is the most discussed, most voted-on, most publicly debated development in the history of our city.”

IDB board members, led by Winnie Forrester and Tequila Johnson, who both voted against the plan, expressed concerns about nearby residents being displaced and affordable housing supply being negatively impacted by the arrival of thousands of white collar workers. Johnson works for the Equity Alliance, which staged the press conference the day before.

Forrester asked why the project couldn’t be delayed to allow for more debate and public input, but Oracle executives said the company’s options on the land expire in early May and a deferral could sink the entire deal.

In response to the affordable housing impact, Metro Councilwoman Zulfat Suara proposed an amendment to the economic impact plan, which would express the city’s intent to spend half of the non-public schools tax money produced by the project on affordable housing. Cooper has expressed support for Suara’s amendment. Such an allocation would be in the neighborhood of $3 million to $4 million annually.