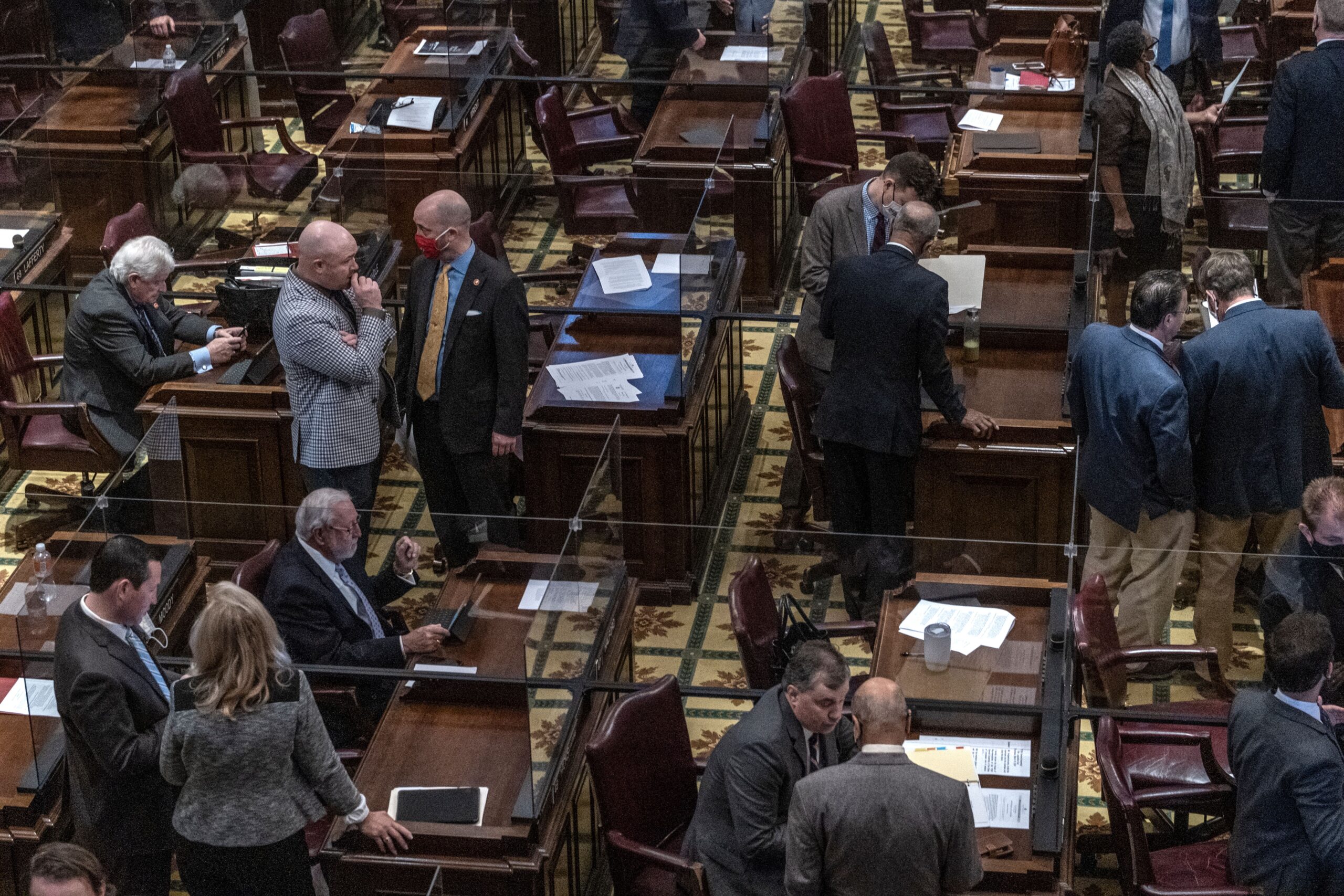 The House took a step Monday toward making the Legislature legally invincible, but the Senate turned back a measure in its version of the legislation that would have prohibited local governments from suing the state.

That 14-14 vote defeating an amendment by Sen. Brian Kelsey effectively put the legislation on hold until Wednesday when the Germantown Republican is expected to bring the bill back with a modification.

A group of Republican senators voted against Kelsey’s amendment, arguing cities and counties sometimes need to use tax dollars to take legal action against the state.

Sen. Ken Yager, chairman of the Senate Republican Caucus, a former county official, said he had “reservations about the unintended consequences” of the amendment.

“Yes, we do expend local dollars to bring litigation, but it may be to save taxes or prevent harm to the local government,” said Yager of Kingston in East Tennessee.

Sen. Page Walley, a Bolivar Republican, reminded the Senate he served in the House when a group of small schools brought a lawsuit against the state over inequity in education funding.

“Taxpayer dollars were used, but it was over the issue of taxpayer dollars not being invested properly,” Walley said. He raised the question whether Kelsey’s amendment would stop similar lawsuits from taking place again.

The state now faces a lawsuit from Metro Nashville and Shelby County school districts over proper funding. They claim the state isn’t providing enough money to serve the high number of low-income students in their districts.

Kelsey countered that legal action should have been pursued by talking to the Legislature but instead the Tennessee Supreme Court became the “appropriator” of state funds.

Walley, though, said the problem stemmed from the Legislature’s refusal to find a remedy for the situation.

“There was an intransigence on our part,” Walley said.

The outcome, which appeared to catch Kelsey off guard, forced him to postpone consideration of the bill so he could come up with another amendment. It is scheduled to be taken up Wednesday.

Yet another Davidson County chancellor required the state to expand absentee balloting in 2020 amid the COVID-19 pandemic. A federal judge placed an injunction on the state’s fetal heartbeat bill two years ago after finding it violated abortion law.

State Rep. Michael Curcio, a Dickson Republican who sponsored the legislation, contended it is “prudent to stay any injunction by a trial court.” He added there is “no need to unnecessarily block our laws from going into effect if they’re eventually going to be confirmed as constitutional.”

The legislation would enable any state law to take effect immediately, regardless of a court ruling against its constitutionality or an injunction, until the highest court rules on the matter.

State Rep. Bill Beck, a Nashville Democrat and attorney, questioned the legislation, saying it would attack the foundation of government and the independence of the judiciary. Curcio responded that Tennessee needs “continuity” and reiterated that the bill would simply make the Legislature’s decisions constitutional until a final ruling.

“So no matter how drastically unconstitutional a law that comes out of the legislative branch is, we’re telling the judicial branch, ‘No, we’re gonna let this go forward no matter how radical until the ultimate court decides its constitutionality.’ Is that what you’re saying?” Beck said.

Curcio responded that the bill would simply stop a court injunction from putting a new state law on hold.

State Rep. John Ray Clemmons, a Nashville Democrat and attorney, pointed out during the House floor debate that two legal procedural rules are available for the state to appeal court injunctions prior to a case being decided. One rule is specifically designed to allow appeals when a party feels the trial judge “has so far departed from the accepted and usual course of judicial proceedings as to require immediate review.” Yet the state opted not to seek an appeal on those grounds last fall in the case dealing with absentee ballots, Clemmons said. He noted the legislation is “purely reactionary” to recent court rulings.