In the last 25 years, the city of Nashville has spent around $1 billion to provide stadiums and incentives to its four professional sports teams.

Proponents say those investments, beginning with Mayor Phil Bredesen’s decision to build the arena on lower Broadway in the 1990s, positioned Nashville as a major league city, spurred economic development and expanded the city’s tourism offerings.

In response, the Metro Sports Authority, the Nashville Sports Council, politicians and business leaders have embarked on an effort to explore the viability of attracting a major women’s professional sports team to Nashville. The group, called the Women’s Professional Sports Initiative, includes representatives from each of Nashville’s four professional teams, local universities, tourism leaders, city government and the media.

The WPSI’s work took a major, if under-the-radar, step forward last fall when a consultant’s report, commissioned by the sports authority, revealed that the nation’s four most prominent women’s professional sports leagues – the Women’s National Basketball Association, the National Women’s Soccer League, the National Women’s Hockey League and the National Pro Fastpitch softball league – are all interested in expanding into Nashville.

That report, by CAA Icon, proved that advocates were correct in their belief that Nashville would be viewed as a desirable market for women’s professional sports.

And, the effort to bring women’s pro sports to Nashville is gaining momentum. Monica Fawknotson, executive director for the sports authority, said the effort is advancing to phase two, which will include a marketing analysis and a fiscal impact study.

The consultant’s report concludes that Nashville has the facilities, the population size, the strong historic ties to women’s sports and the corporate presence to attract a women’s professional team.

“The Sports Authority remains focused on attracting a women’s professional sports team and seeing how we can both promote women’s sports and maximize the use of our facilities,” Fawknotson said. “The Authority has an Ad Hoc Committee and a Community Advisory Committee focused on the effort.”

The mission of the Women’s Professional Sports Initiative was ambitious and unambiguous: attract and secure a women’s professional sports team, maximize usage of existing facilities and promote professional and women’s sports in Nashville.

For members of the initiative, the topline takeaway from the Aug. 25, 2020 consultant’s report is that Nashville is viable for a professional women’s franchise. That’s a salient point since 2022 is the 50th anniversary of the landmark civil rights law, Title IX, which prohibits gender discrimination in universities that receive federal funding. The law paved the way for equality in women’s sports and served as the foundation for generations of women earning college scholarships.

The issue of gender equity hangs over Nashville’s investment in professional sports. The city has committed $302 million to build the new Nashville SC soccer stadium at the fairgrounds, $290 million for Nissan Stadium where the Tennessee Titans play, $144 million for the Nashville Predators’ Bridgestone Arena and $91 million for the Nashville Sounds’ home First Horizon Park. Tack on tens of millions more in maintenance, upgrades and, in the case of the Predators until 2019, operating subsidies, and the city has committed upwards of $1 billion to provide men’s professional sports offerings.

“It is time to invest in professional women’s sports. It’s long past time,” said Metro Councilwoman Nancy VanReece, who serves on the Women’s Professional Sports Initiative’s advisory committee. “I’m really proud of how the sports authority formed the committee to intelligently look at ways to make that happen. I think that, particularly as we move forward to the 50th anniversary of Title IX, it’s even more appropriate we begin discussions with the public. Because there’s a real opportunity and a real desire for women’s professional sports here.”

VanReece said a tremendous amount of credit for advancing the effort to this stage is due to sports authority board member Margaret Behm, who has championed the cause for several years.

It is time to invest in professional women's sports. It's long past time. . . Particularly as we move forward to the 50th anniversary of Title IX, it's even ore appropriate we begin discussions with the public.   – Nancy VanReece, Metro Nashville Councilmember

“Our city has benefited from our men’s professional teams and has paved and paid the way to promote them,” Behm said. “Nashville has outstanding facilities and having women’s teams to share our facilities is the logical next step. The Sports Authority through the hiring of consultants is making sure we are ready when the opportunity presents itself.”

As the effort moves forward with a request for proposals for consultants to study the marketing and fiscal impact, the initial report by the prominent CAA Icon firm is promising. Many of the women’s professional sports leagues use the facilities built for men’s teams. So, a National Women’s Soccer League team could use the fairgrounds facility, which is being constructed with women’s soccer in mind. A professional women’s hockey team could use one of several community ice rinks in the Nashville region. A professional softball team could utilize one of the area softball fields, perhaps partnering with a Nashville university.

And a WNBA team could use a Metro facility such as Municipal Auditorium for its home court.

While all of the leagues would be welcomed additions to Nashville’s roster of professional teams, VanReece said she’s especially interested in luring a WNBA team. Her vision is to bring a franchise owned by African American women that plays at the historic Municipal Auditorium.

The WNBA is the crown jewel of women’s professional sports, with an average attendance of 6,500 fans for its most recent pre-pandemic season and the backing of both the NBA and major media entities such as ESPN. If a new Nashville WNBA team averaged that number of fans, it would be the lowest attendance of its professional teams. But since the WNBA plays in the summer months, mostly after the hockey season ends, and during the city’s prime tourism season, VanReece said she thinks it would be a good fit.

Metro has already pumped millions of dollars into fixing up Municipal Auditorium, which is home to the Musicians Hall of Fame, in hopes of attracting more concerts. A WNBA franchise there would activate the historic building, VanReece said.

VanReece points to Tennessee’s proud history of women’s basketball, starting of course with the legendary run of University of Tennessee coach Pat Summitt, an icon in the sport.

“Obviously you can’t talk about women’s basketball in the state of Tennessee without talking about Pat Summitt, but you have to give incredible respect to programs at MTSU, Belmont, Vanderbilt. The WNBA is 25 years old. All these new, rookie players grew up knowing there was an opportunity to play professional sports.

“There isn’t a region in the country where women’s basketball is more beloved than right here.”

The WNBA is the crown jewel of professional women’s sports and thanks to the late Pat Summit, longtime coach of the University of Tennessee’s Lady Vols, women’s basketball is revered in the state. A WNBA team could lay claim to downtown Nashville’s historic Municipal Auditorium.

VanReece recently conducted a survey of her fellow Metro Council members. She plans to share the full results at a sports authority committee meeting this week, but she told the Tennessee Lookout the surveys showed how deep the impact of women’s sports has been in the lives of Nashville’s city leaders.

According to the consultant’s report, the WNBA is not actively seeking to expand or relocate an existing franchise, but is generally open minded to possibilities. Ownership is the most important consideration and a local group would be important.

The consultant’s report linked a Nashville team to the Connecticut Sun. The Sun have earned community support thanks to the love of women’s hoops stemming from the success of the University of Connecticut women’s basketball team.

While a group of business people has been working to build support for bringing a Major League Baseball franchise to Nashville, that effort lacks the political support that the Women’s Professional Sports Initiative has built up. VanReece said she’s optimistic about where the work is headed.

“Nothing would make me happier than to hear that a new WNBA could happen here with an ownership team that is led by African American women,” VanReece said. “I think there’s an opportunity to make that happen. And I want to do my part to make sure Nashville is part of the conversation and we do not lose out on pursuing the 25-year-old brand of the WNBA.”

(Featured photo: WASHINGTON, DC – MAY 15: Former University of Tennessee Lady Vol Candace Parker, wearing #3 of the Chicago Sky, handles the ball in front of Shavonte Zellous, #21 of the Washington Mystics during the first half at Entertainment Sports Arena on May 15, 2021 in Washington, DC. By Scott Taetsch/Getty Images) 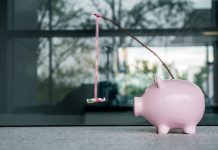 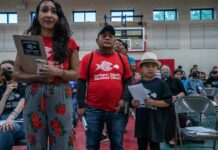 Why Metro’s deal with the Sounds is a major hurdle for...

Joe Biden is declared next president by Associated Press