On June 19,1865, U.S. Major Gen. Gordon Granger arrived in Galveston Texas bearing a copy of Federal Order 3 — the order telling the enslaved people of Texas they were free. The news came more than two years after President Abraham Lincoln issued the Emancipation Proclamation but typically, those who were enslaved got the news from advancing Union troops. Texas was remote from the rest of the Confederacy and had fewer people enslaved, and the news traveled slowly.

In Nashville, The Equity Alliance hosted a street festival in the historically Black Buchanan Street Corridor and Mayor John Cooper honored the day at Ft. Negley, which was staffed by Black Union troops during the Civil War. Memphians danced at the site that until recently held the graves of slave trader, Confederate cavalry general and Ku Klux Klan leader Nathan Bedford Forrest. Photojournalist John Partipilo hit a couple of celebration sites in Nashville to capture the scenes there.

Franklin’s Ft. Granger, where Union troops were billeted during the Civil War, is named after Gen. Granger. The town was also the site of a brutal battle late in the war and controversy continues over the use of the Confederate symbols, so reporter Dulce Torres Guzman spent Saturday in the town to talk with attendees at an inaugural Juneteenth festival smack in downtown. 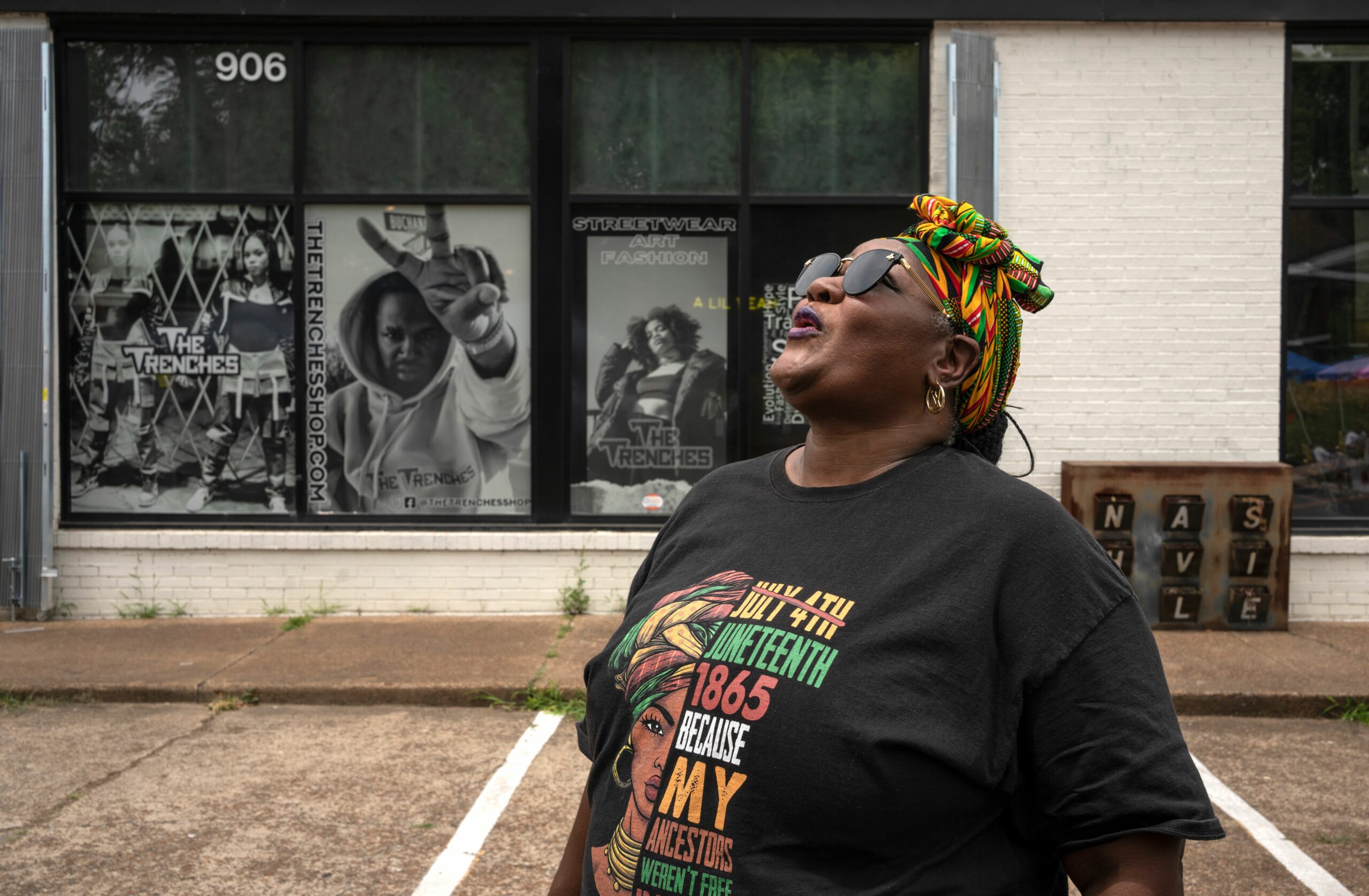 Paulette Simmons looks up at a strange rainbow in the sky over Nashville’s Buchanan Block Party for Juneteenth. (Photo: John Partipilo) 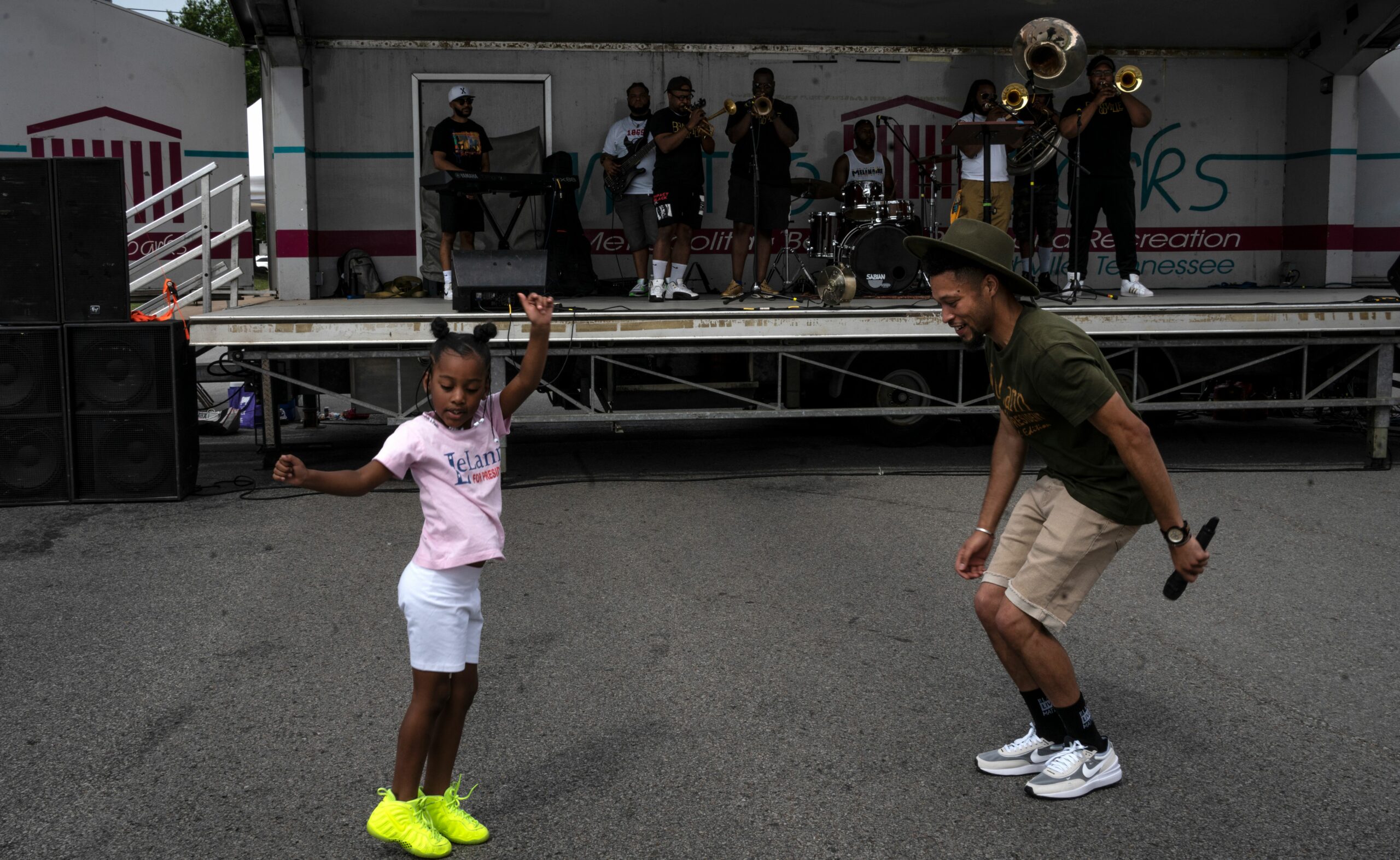 McKinlee Evans, 5 and her father, LeLann, dance at the event on Woodland Street in Nashville for Black Lives Matter mural. (Photo: John Partipilo) 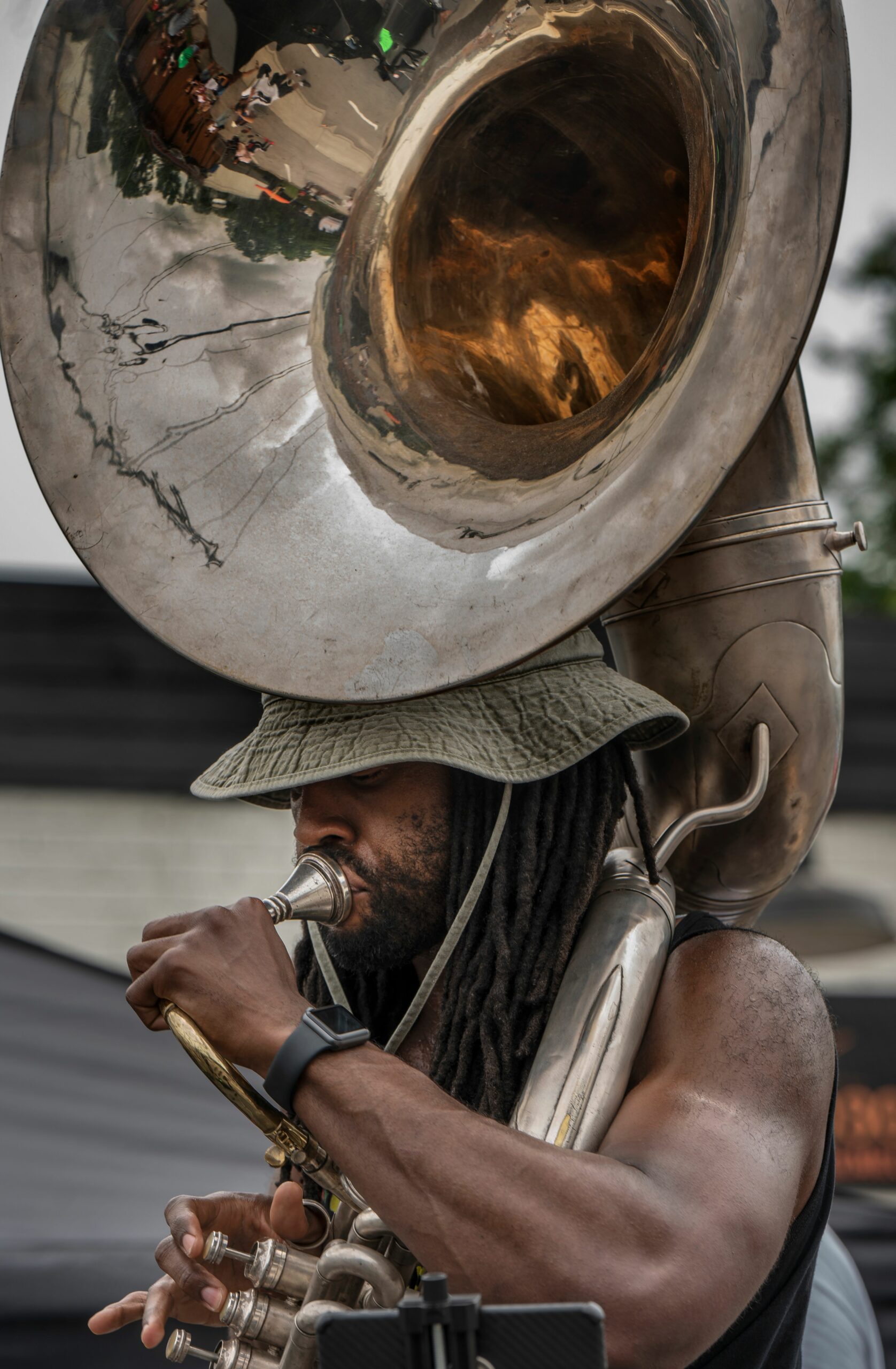 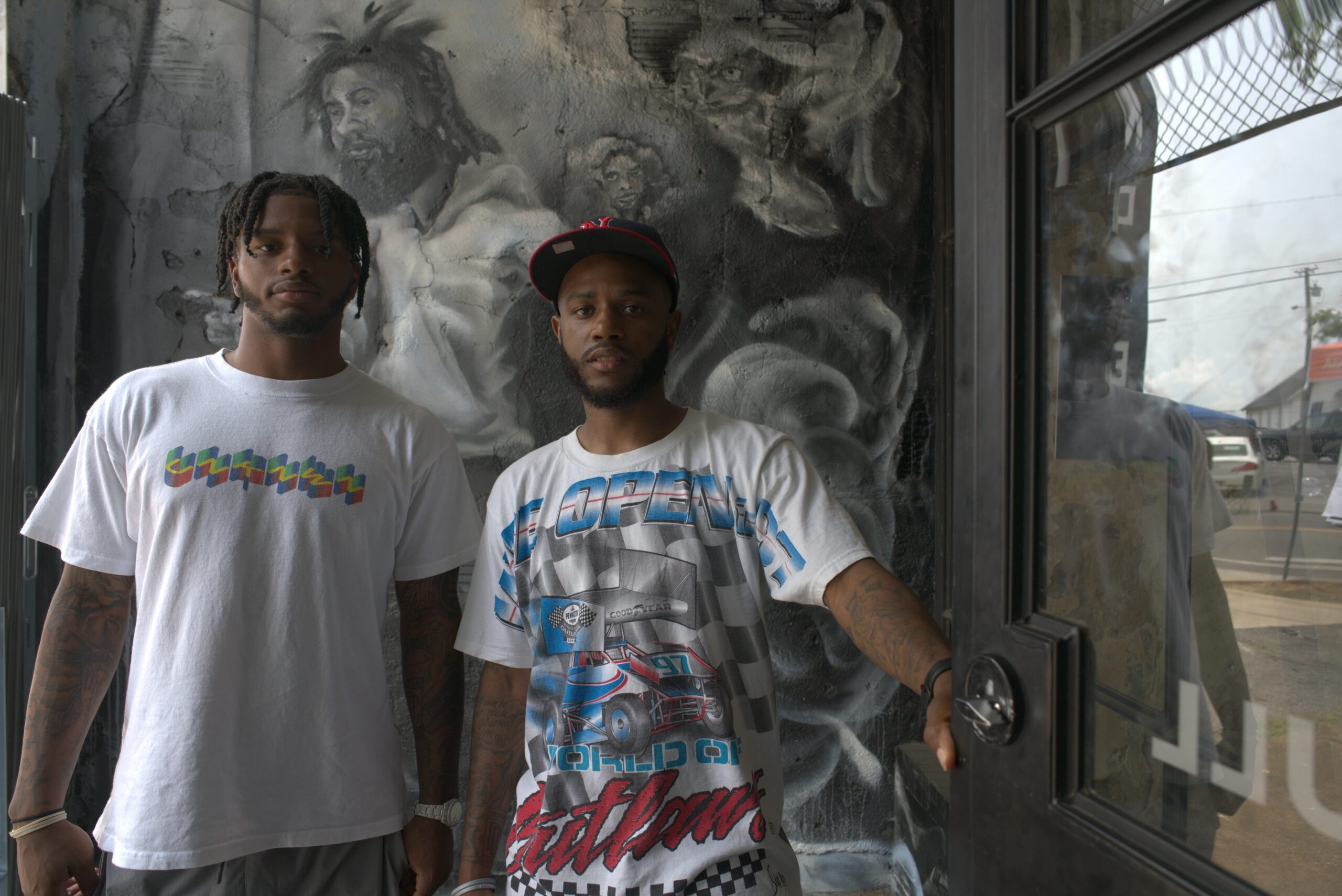 Brother Kristian and Keith Fulton own The Trenches, a design studio and retail shop on Buchanan Street. Kristian Fulton also plays for the Tennessee Titans of the National Football League. (Photo: John Partipilo) 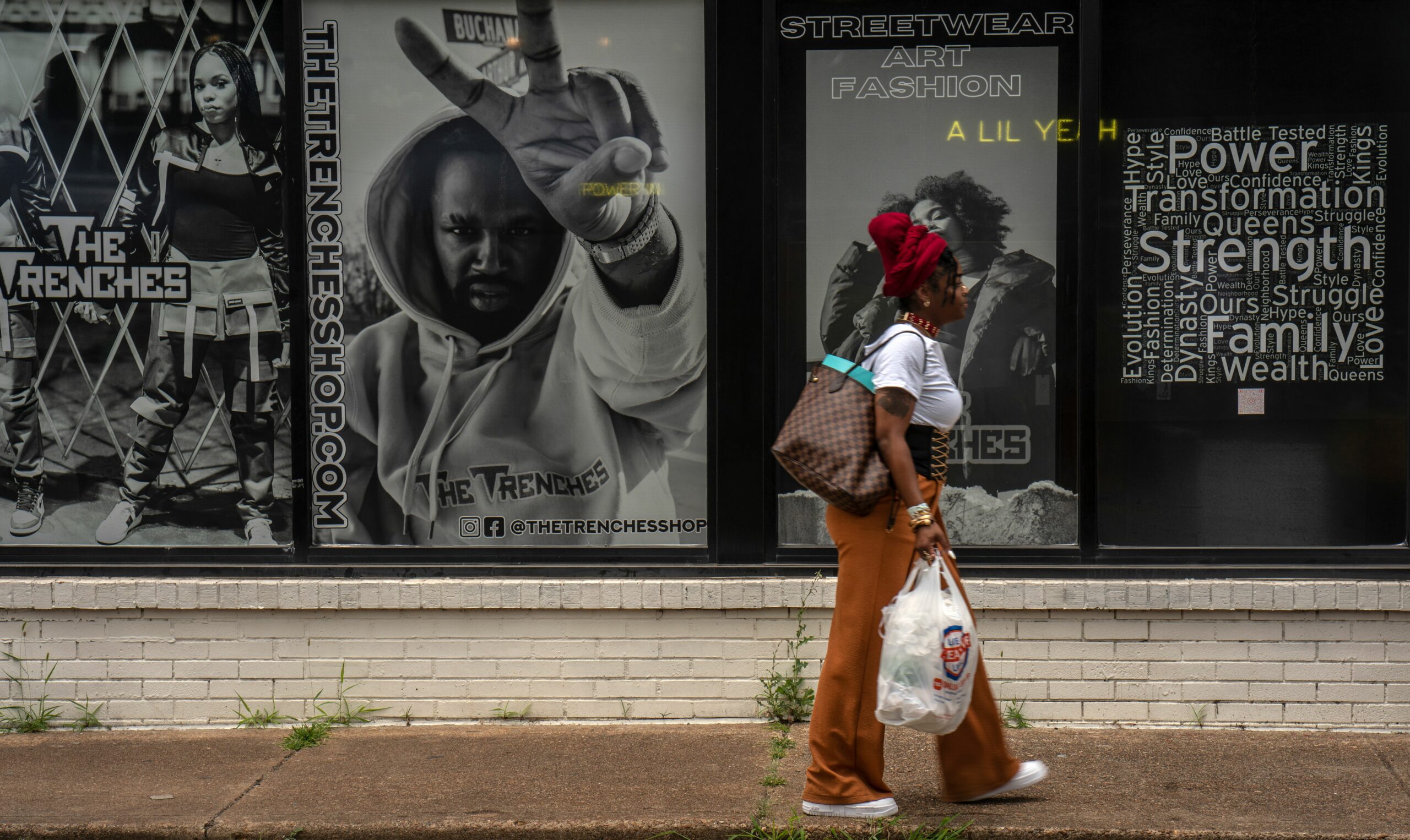 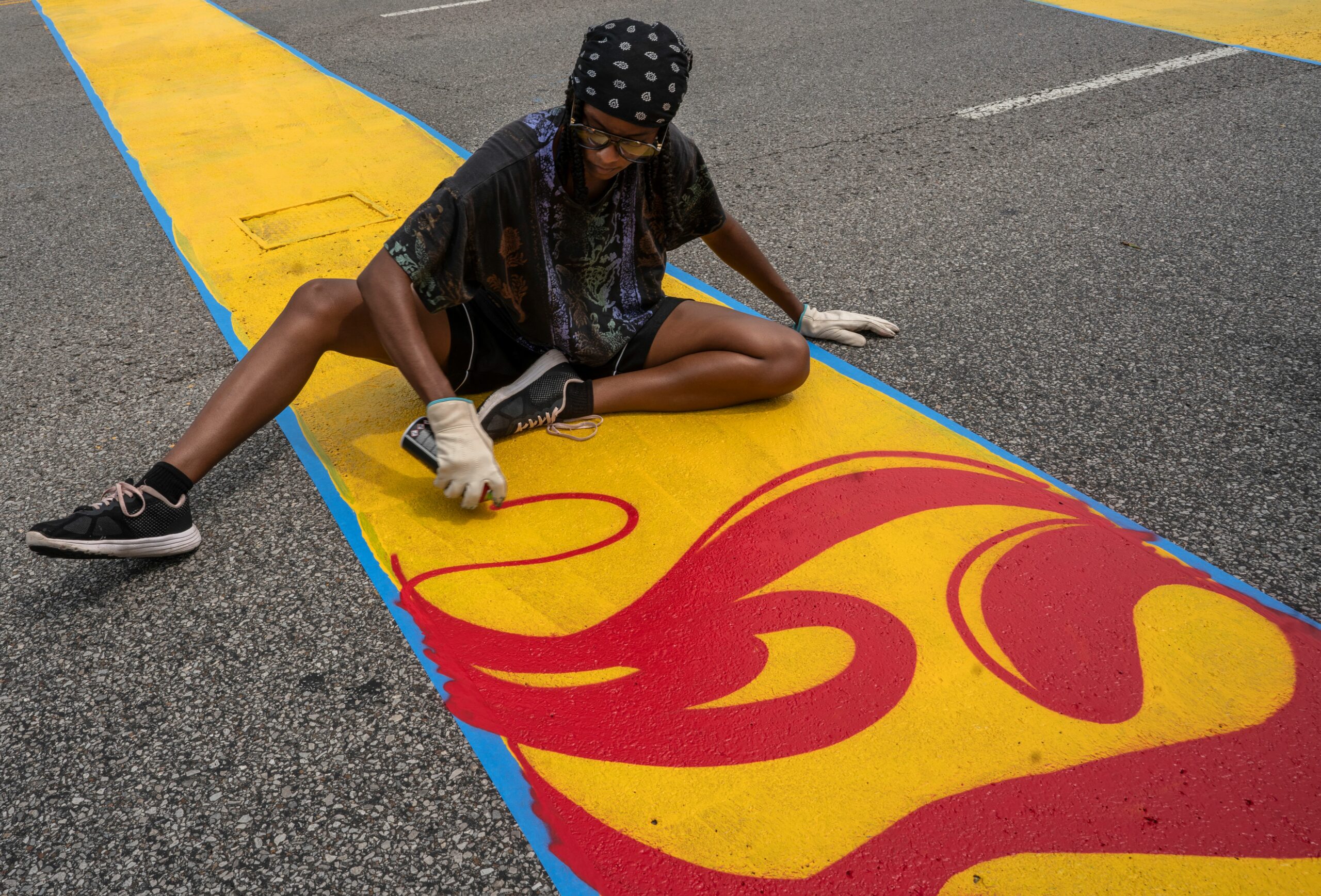 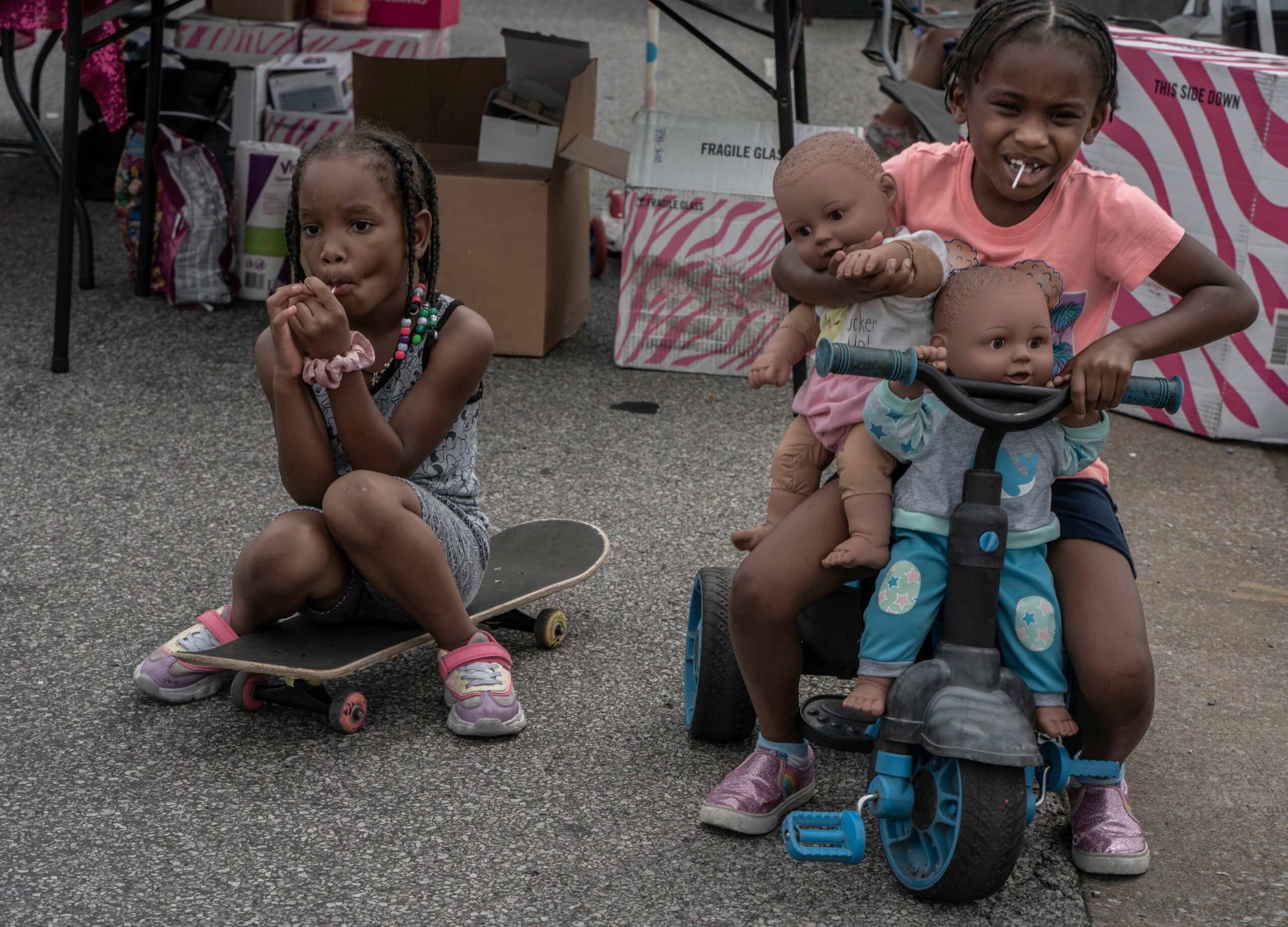 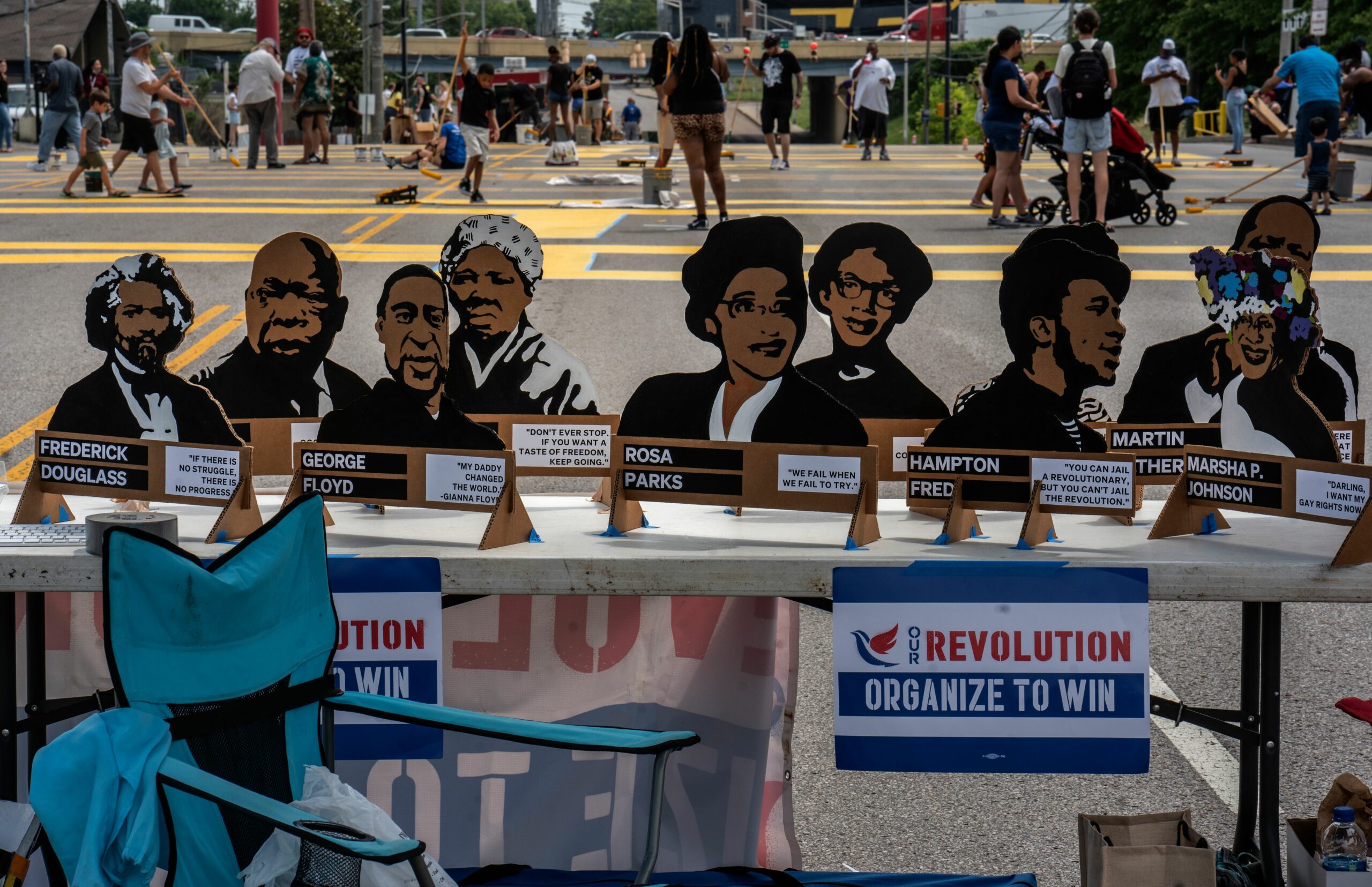 Cut outs of Civil Rights leaders and historic figures from Black history on a table as other paint the mural on Woodland. (Photo: John Partipilo)

In 1864, Confederate soldiers marched through downtown Franklin after fighting a bloody Civil War battle over the South’s right to own slaves. More than 150 years later, Black residents danced in the same streets, celebrating the 1865 day slaves in Texas finally found out they had been freed.

Tony Steele, owner of Classic Sports Barber Shop, handed out baseball cards he had collected over the years to children visiting his booth. Every now and then, he said, he may have accidentally given out a valuable one, but it didn’t matter in the excitement of the day. Steele moved from Detroit 17 years ago and he said he never thought he’d see Juneteeth celebrated in Franklin.

“Seeing it here was amazing,” he said.

President Joe Biden only made Juneteenth a national holiday Thursday, but local groups have already been working for years to build support for a Juneteenth celebration in downtown Franklin and two events marked the day this year.

Bryant Herbert, pastor of New Birth Church on Coleman Road, used to celebrate Juneteenth with his community on a smaller scale. That changed in 2020, after Ahmaud Arbery was killed in Georgia and George Floyd was killed by police officers in Minneapolis, and “we had to do something. Herbert and Walter Simmons, associate pastor of Franklin Community Church, formed the FJEC to advocate for civil rights in the Franklin community.

In collaboration with other civil rights groups, community leaders installed markers to create a complete picture of Franklin’s complex history with the Civil War and enslaved people. Despite resistance from the United Daughters of the Confederacy, who filed suit over ownership of the public square, a settlement agreement allowed The Fuller Story and FJEC to continue with their plans.

Chris Clausi, board member with the FJEC,  wore an official Juneteenth t-shirt and reminisced about how much the city had changed over the last few decades.

“I remember when I moved here in 1978 and the Ku Klux Klan was having a rally right here in front of the courthouse, wearing those hoods and robes,” said Clausi. “Those images have never left me.”

Across town at Pinkerton Park, the African-American Heritage Society held its 17 celebration to mark Juneteenth with a festival and health fair.

“We had a diverse group of supporters,” said Herbert. “Love is what it’s all about.”