Stockard on the Stump: High Court sides with Legislature on compensating student-athletes

ATHENS, GEORGIA – OCTOBER 10: Kivon Bennett #95 of the Tennessee Volunteers recovers a fumble by Stetson Bennett #13 of the Georgia Bulldogs for a touchdown during the first half at Sanford Stadium on October 10, 2020 in Athens, Georgia. (Photo by Kevin C. Cox/Getty Images)

State Rep. Kevin Vaughan is hyped over the U.S. Supreme Court’s decision finding that the NCAA is violating antitrust laws.

Vaughan, a Collierville Republican, passed legislation this year enabling student-athletes to benefit from their name, image and likeness, a major step forward in the fight for athletes to get their due.

In the land of milk and honey, people ought to be paid for their skills and popularity, right? This court ruling doesn’t mean they can receive direct cash payments, but it sets the stage for endorsement packages, because it enables schools to give athletes education-related benefits such as post-graduate internships and grad school scholarships or equipment such as laptop computers, according to reports.

“I think that validated the whole purpose of our legislation. They saw things as we saw it,” a pumped-up Vaughan said this week.

Justice Brett Kavanaugh’s opinion was “particularly poignant in its rebuke of the NCAA. I loved it,” the Collierville Republican said.

Arguing the “NCAA is not above the law,” Kavanaugh added that its “business model would be flatly illegal in almost any other industry in America.”

The justices ruled that the NCAA model was effectively unconstitutional, but they did not set up guidelines for schools to operate, leaving the NCAA in disarray because conferences want different standards.

After working on the legislation for a year and pushing it through the Legislature with relative ease, Vaughan said he thinks the state’s member institutions are comfortable with the guidelines set up for athletes.

“The sense of fairness had gone out of the equation so long ago that it was good to kind of be on the virtuous side of this argument to where you were validated in how you perceived things to be. And whenever that validation comes from as diverse a body as the Supreme Court is in a 9-0 ruling, that was very rewarding.”

Rep. Antonio Parkinson, D-Memphis, had colorful words about the NCAA’s plans, or lack of specific plans. “There’s a lot of double-talk, and I’m not buying the bull—-. But I will say they got a smack-down, and that snowball is moving, rolling downhill.”

State Rep. Antonio Parkinson, a longtime proponent of enabling student-athletes to benefit financially from their name, image and likeness, was miffed that his legislation was dumped in favor of Vaughan’s bill but was glad to see the High Court ruling.

Parkinson, a Memphis Democrat, contends student-athletes shouldn’t have to be the “superstar” on the team to get paid. If one of them has 500,000 followers on their Instagram, for instance, they should be able to draw money from any business that wants to tap into that type of recognition.

The NCAA is purportedly working on rules that would help student-athletes benefit from their name, image and likeness. But they still haven’t come up with a plan, Parkinson points out.

“There’s a lot of double-talk, and I’m not buying the bull—-,” Parkinson said. “But I will say they got a smack-down, and that snowball is moving, rolling downhill.”

Vaughan helped kill Parkinson’s bill in committee last year but then came back with his own version and passed it.

“The official word I coined it bill-jacking, just like car-jacking,” Parkinson says. “Bill-jacked law for name, image and likeness passes with no argument from the victim, me.”

Give us the numbers now

Gov. Bill Lee joined a group of Republican governors led by Gov. Asa Hutchinson of Arkansas in demanding the federal government turn over census numbers as soon as possible.

“While we recognize the difficulties associated with completing a decennial census amid a pandemic, the ongoing delay in the release of the 2020 Census redistricting data places our states in a nearly impossible situation to redraw lines prior to the 2022 election cycle,” the letter states.

The letter points out states typically receive the information in December of the year of the census, putting them about seven years behind. Some Tennessee Republicans have intimated that the Biden Administration is playing with the numbers, though it’s not clear how that would work.

Even so, Republicans will control the district lines and draw them how they’d like, even if they have to work overtime to get it done.

The damaged Hernando DeSoto Bridge connecting Memphis to Arkansas could be repaired by July, according to Tennessee Department of Transportation Assistant Commissioner Paul Degges.

There’s no truth to the rumor that Degges hoisted the new steel beams at the I-40 bridge repair site after a dangerous crack was spotted there in May. But Degges has been to the site and predicts the work will be done for about $5 million to $6 million.

Degges said the cost will be shared with the state of Arkansas. But while Tennessee has plenty of money in its $2.3 billion budget to fund the project because it pays as it goes, Arkansas’ Department of Transportation isn’t in quite the same shape, taking on debt to build roads and bridges.

Nevertheless, the Tennessee Department of Transportation will try to get federal money, anyway, to pay for the work, according to Degges. More repairs could be necessary once a thorough review of the bridge is complete.

The bridge has been shut down since May 11 because of the cracked beam, and officials initially estimated it could take months to reopen it. No doubt, Memphians – as well as cross-country truck drivers – are looking forward to the day they can cross it again.

Maybe by sometime in July it won’t be the Road to Nowhere anymore. 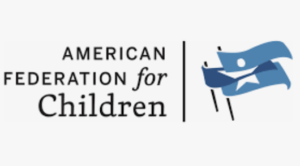 Shaka Mitchell, the previous director, will switch to director of state strategy and advocacy. They must have plenty of money to be doling out these management jobs.

Patton taught and coached in the St. Louis area before earning a master of divinity degree from Covenant Theological Seminary and working in higher education administration for six years. He also holds a master’s from Washington University in St. Louis.

No doubt, he’s praying for a beneficial ruling for Gov. Bill Lee’s voucher program as the Tennessee Supreme Court prepares to render a ruling on whether the program is unconstitutional.

House Speaker Cameron Sexton is talking to Fox News to make his case against the Biden Administration’s dissemination of unaccompanied minor illegal immigrants across the country.

Sexon says migrant kids are being secretly brought into the state, but how secret can it be if TV stations shoot video of the event?

“I mean we’ve had news reporters who go to the courthouse after midnight as the buses roll up at 2 to 4 in Knoxville and Chattanooga and the Memphis area and other states and the only time that usually happens is covert operations at night, and obviously this is looking a lot like a military covert operation,” Sexton said.

Sen. Todd Gardenhire, who represents the Chattanooga district where children have been staying at a Baptiste Group center, wants the flight records to determine whether the plane simply landed in Chattanooga last after making several other stops.

But the question remains: How secret is it if a TV station can shoot video of the children landing?

Stockard on the Stump: High Court sides with Legislature on compensating student-athletes