A fight over bus routes, an awkward budget hearing and growing skepticism over Metro’s new NDOT

Drowned out in a Metro budget cycle largely defined by a chorus of cooperation was an 11th hour dust-up between Mayor John Cooper’s administration and Councilman Freddie O’Connell over mass transit funding.

With minor tinkering, Cooper’s budget sailed through council on a unanimous voice vote.

But an amendment filed by O’Connell to re-route $1.1 million in funding earmarked for the newly created Nashville Department of Transportation to WeGo for more bus service provided surprising political theater.

Cooper aide Mike Jameson, a former councilman himself and professional litigator by trade, served as the administration’s attack dog during a budget hearing the day before the final council budget vote. O’Connell is recognized as one of the city’s fiercest advocates for mass transit, having launched his political career after a stint on the WeGo board of directors.

As political negotiations go, O’Connell would seem to be able to claim a decisive victory. His amendment sought to redirect $1.1 million, but after Jameson’s irritated pushback during the budget hearing, the Cooper administration convinced O’Connell to withdraw his amendment with a promise of $26 million in capital spending to buy new buses. Math enthusiasts can agree $26 million is better than $1.1 million.

On the other hand, O’Connell withdrew his amendment the next night, Cooper’s budget passed without much debate and, according to multiple sources, the funding for new buses was in the pipeline well before the debate over the amendment took place.

But the fallout of the relatively minor budget fight could be a preview of political resistance facing the NDOT.

With all that scene setting, here’s how the O’Connell vs. Jameson budget battle went down

The budget and finance committee hearing began innocently enough with O’Connell thanking the administration for a budget he was confident would effectively pass on the consent agenda. O’Connell, who represents downtown, Salemtown and Germantown, explained some of the funds reserved for the NDOT to hire more workers would be better spent on expanding bus service.

“Since we took office, we have watched a constant retreat on funding this,” O’Connell said.

Councilman Zach Young asked the administration if all 42 new NDOT positions would be filled on July 1 when the new fiscal year begin. And if not, he questioned whether some of the money could instead be used for WeGo operations?

It was this question from Young that set up Jameson to come out swinging. Jameson explained that the NDOT, which was approved last year along with a long-term $1.5 billion transportation plan, is being launched with as few new positions as possible.

Jameson bashed O’Connell for filing the amendment without consulting with the administration and other city officials, and punctuated his point with an analogy, “You can build the tennis court, but if you’re going to allot one player to it, it’s not going to do you much good to have done the tennis court.”

Then things turned personal. Jameson, who was known for headline-grabbing exchanges with city officials during his time on council from 2007 to 2015, said he spent the afternoon reading O’Connell’s social media posts. Those posts, he said, showed O’Connell had been supportive of the NDOT and previously was worried about the city launching it without proper funding.

“Well here we are on the 1-yard line ready to go, and to cut this by half without consulting the affected department, without calling (Cooper’s top transportation adviser Faye DiMassimo), without calling (other city officials including WeGo executive director Steve Bland) without calling the administration and just taking a meat cleaver and deciding ‘50 percent sounds about right…’”

Young cut him off before he could finish his point, pressing Jameson to answer his question rather than delivering a speech attacking O’Connell.

“I’m hesitant to support the amendment,” Young said. “However, I thought that it was appropriate that we kind of think about this and try to talk through it. Now I’m sort of inclined to support it just to spite the administration with the attitude that was given.”

Before O’Connell’s amendment ultimately passed the budget committee with an 8-4 vote, Metro Councilwoman Tanaka Vercher also took issue with Jameson, especially the claim that council members owed it to the mayor’s office to give a heads-up about budget amendments.

“We don’t need the administration’s permission when we file legislation, and we don’t have to run that legislation by them,” Vercher said.

Later that evening, Deputy Mayor Bill Phillips emailed O’Connell to say the Cooper administration would be spending $26 million in upcoming capital spending on new buses. With those funds, WeGo will be able to increase bus route frequency and hours of operation, achieving what O’Connell hoped to do with his amendment.

Jameson apologized to O’Connell in an email that copied the entire council, saying his attitude during the budget hearing was “antagonistic” and that O’Connell “didn’t deserve the comments I relayed.”

“I was frustrated, but that doesn’t remotely excuse my behavior,” Jameson said.

It wasn’t the first time O’Connell and a mayor’s office sparred over bus route funding, previously he had a similar disagreement with Mayor Megan Barry’s administration. 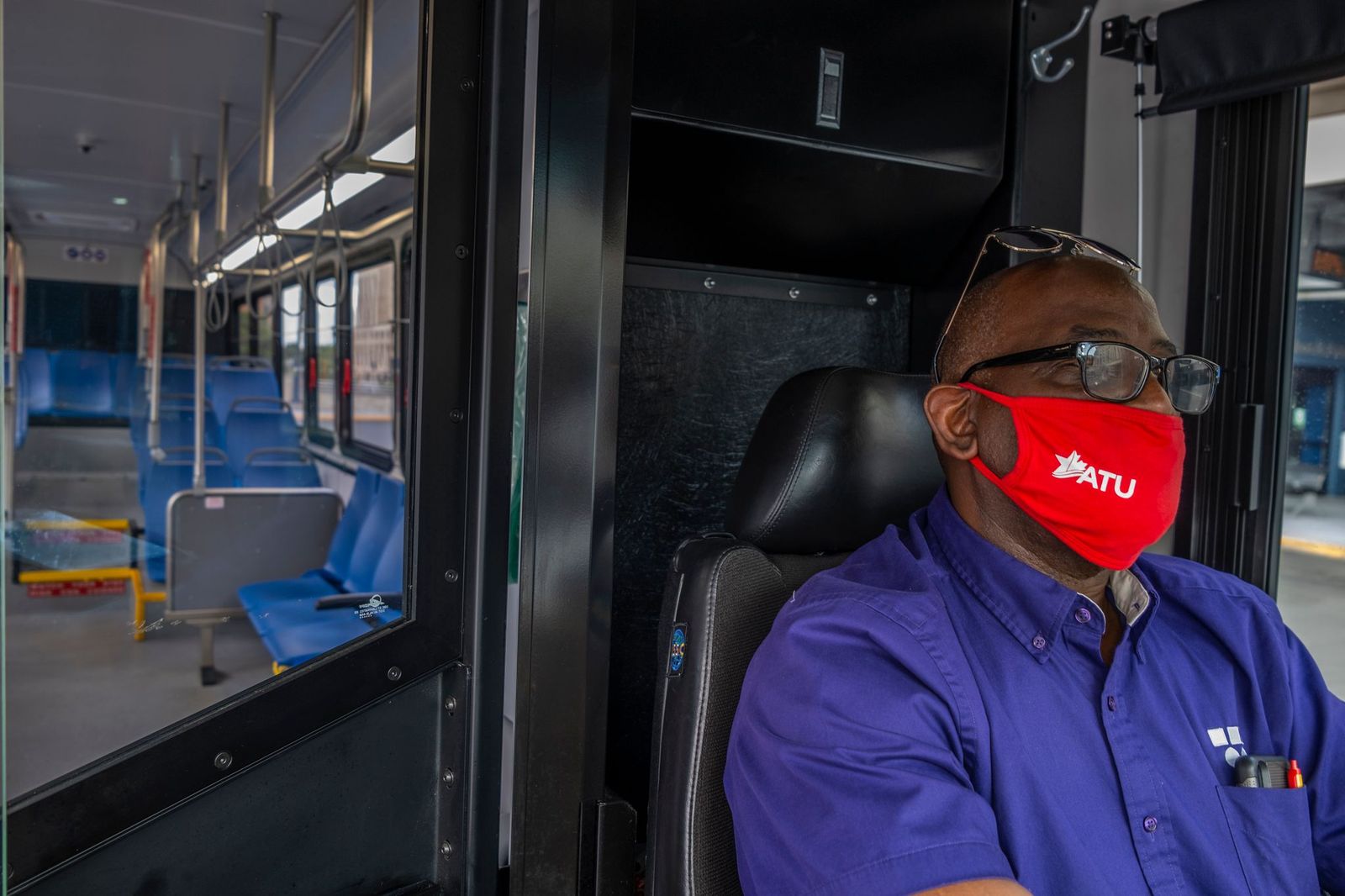 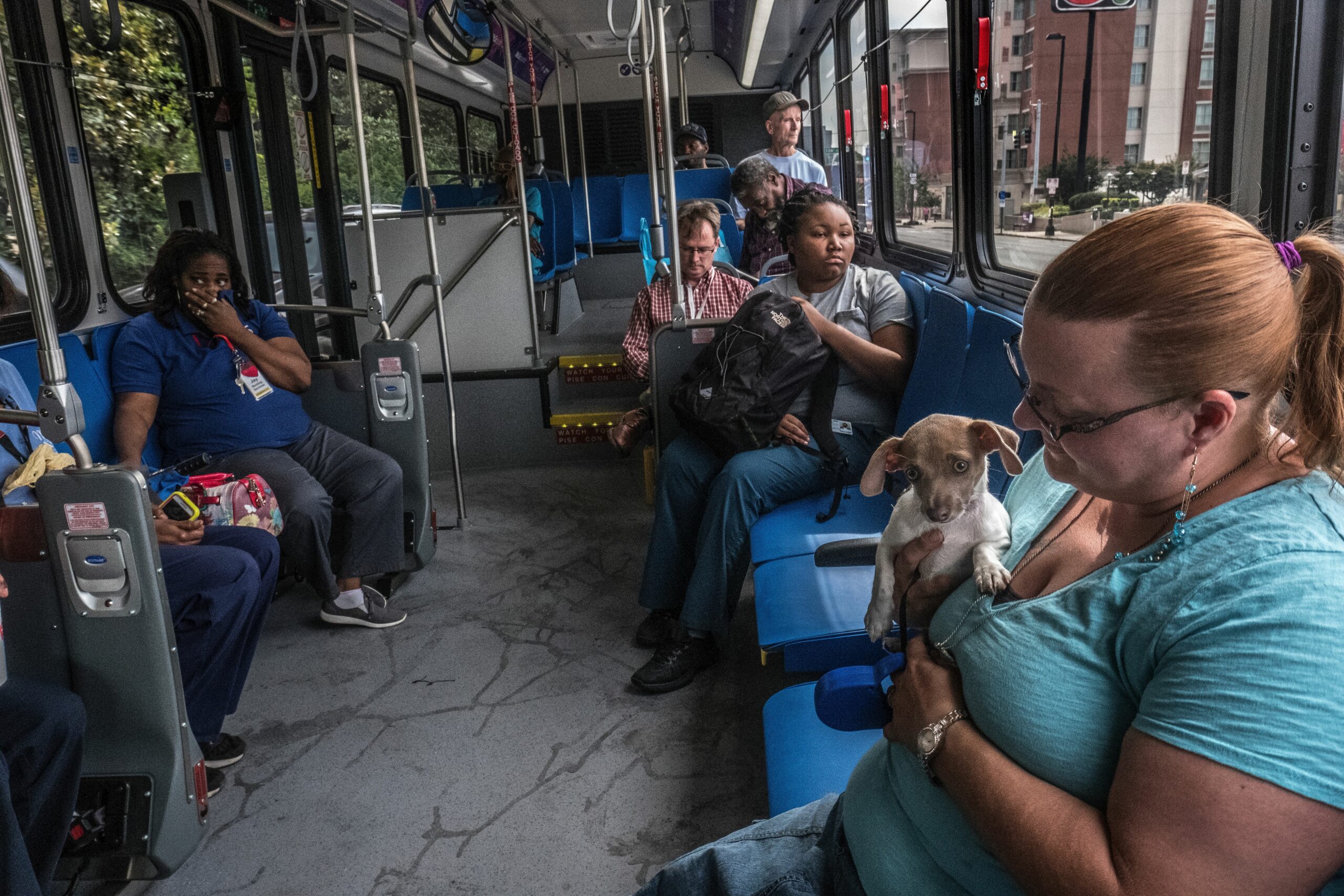 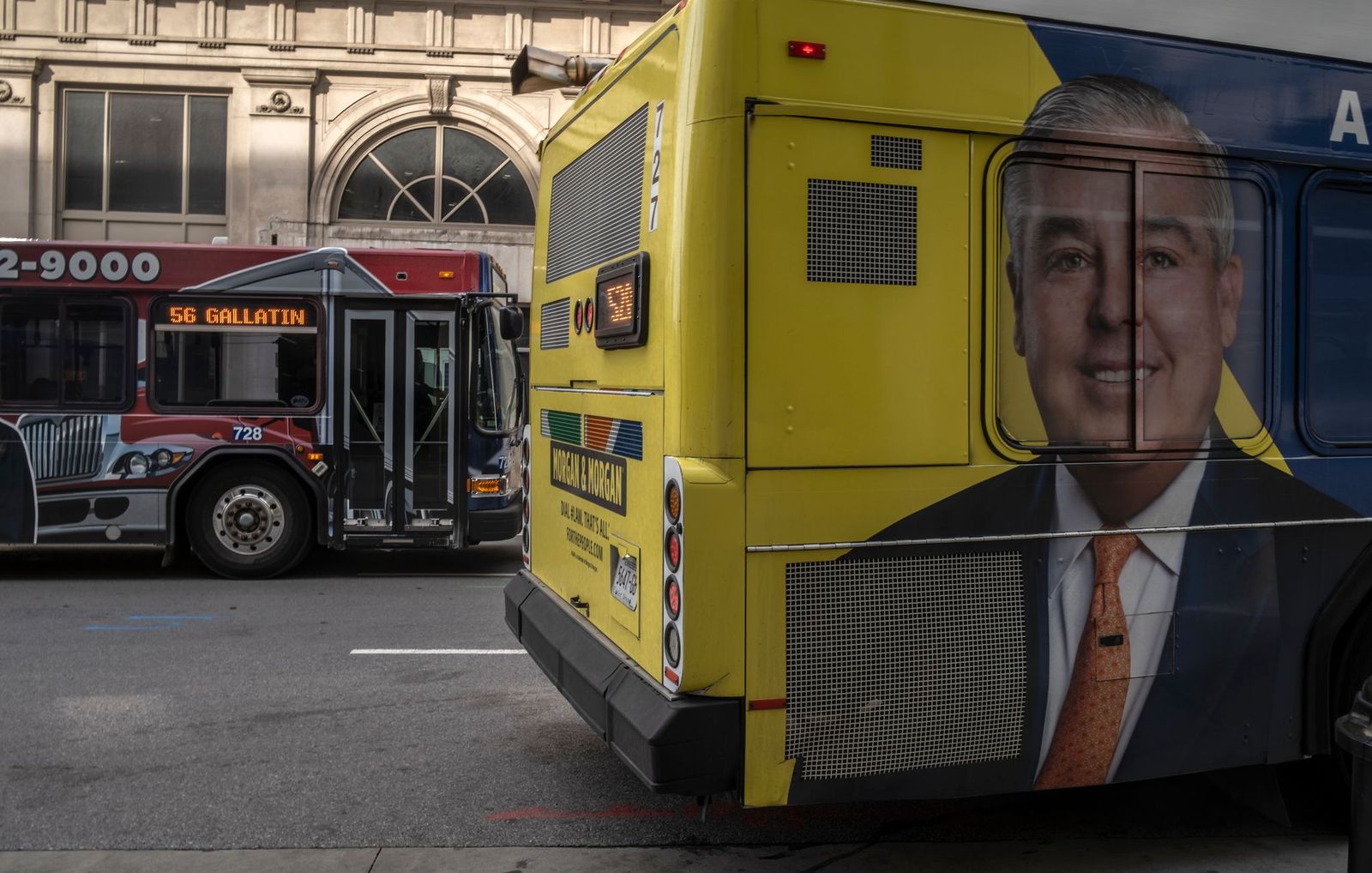 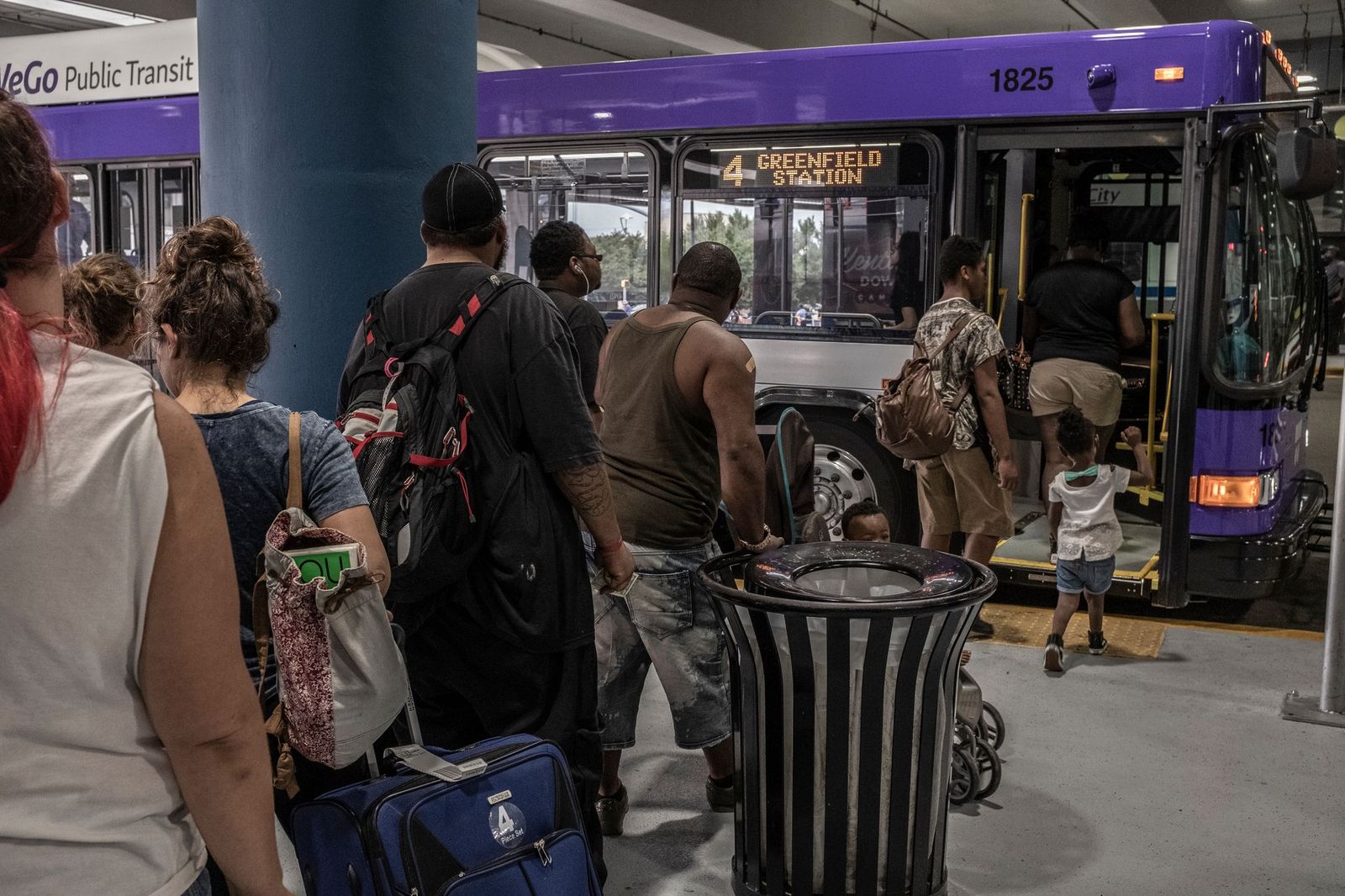 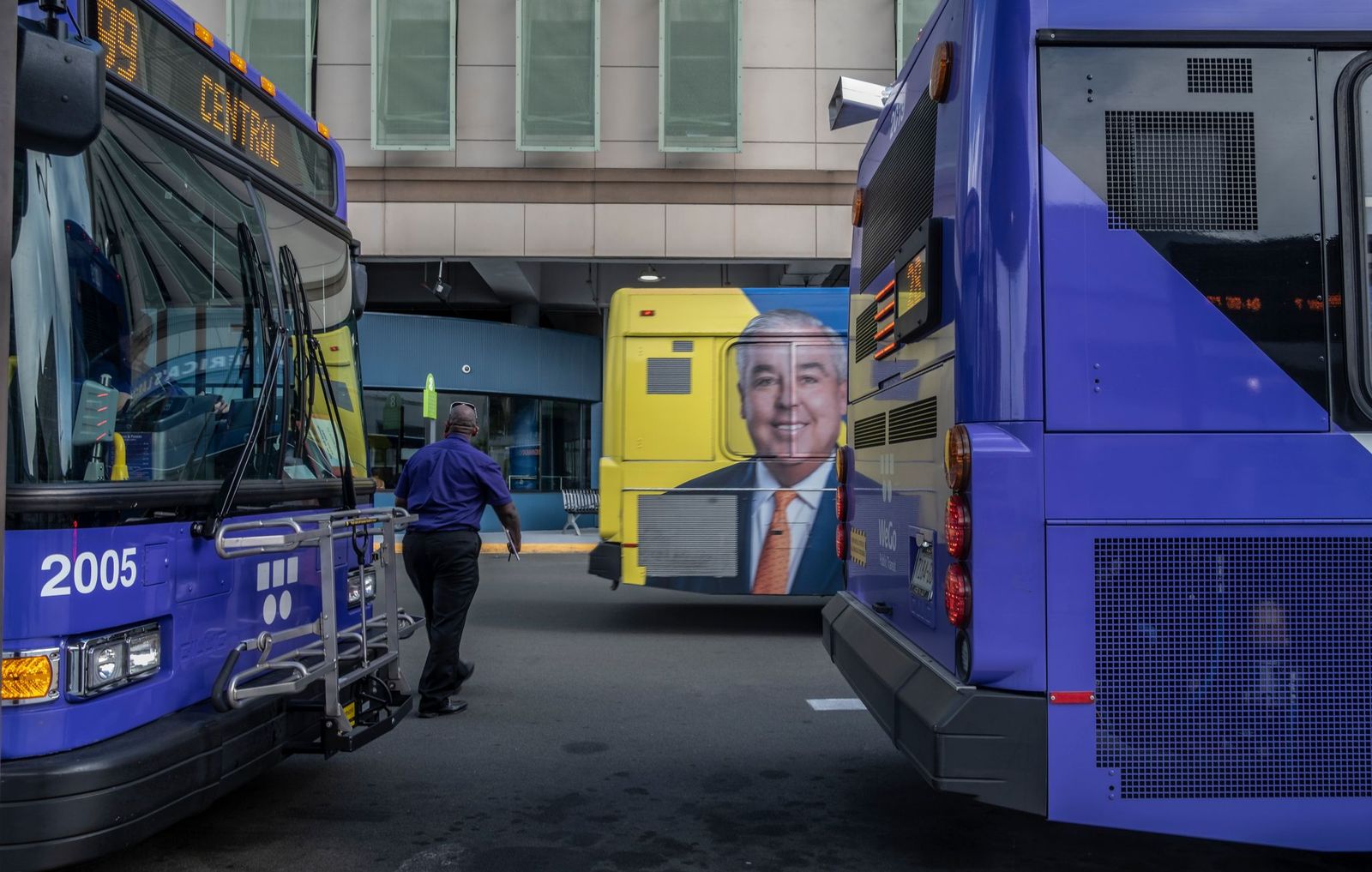 A preview of things to come?

After three bruising budget fights, the fact this year’s operating budget passed on a voice vote stood as a key win for Cooper and council budget chair Kyonzte Toombs. It also made the dispute over a relatively small amount of money – $1.1 million for a WeGo budget of $53.4 million – stand out.

But the dispute over bus routes signals there could be a rocky road ahead between council and the administration on the launch of NDOT.

Formed amid the city’s pandemic response, the creation of a new overarching transportation department was a key first-term initiative for Cooper. The lynchpin of the new agency is DiMassimo, a former transit official in Atlanta, who is held in especially high esteem in the mayor’s office.

The creation of the NDOT required council’s approval of a memorandum of understanding to move solid waste collection services from Public Works to Metro Water. This is a likely precursor to the city charging citizens for trash pickup. Eventually a Metro charter amendment approving the transfer of services will need to be passed by voters.

In place of the old public works will be the new NDOT, which will consolidate sidewalks, roads and bike lane paving, traffic management, mass transit, pedestrian safety and other functions currently divided among multiple departments into a single agency.

“A functional Department of Transportation will be standing up (in July) and we’re already undertaking a lot of the organizational work needed to have a department that’s aimed at delivering the transportation plan, and transportation services and all of those things that are needed – improve our delivery of sidewalks – and so forth,” DiMassimo said. “The operation of it is already underway.”

A critical first step will be the engineering and implementation of a traffic management center. That’s the division of the new department that will need many of the new hires approved in the new operating budget. The traffic management center will study traffic flow and congestion and what steps, such as traffic light synchronization, can be taken to improve motorists’ commutes.

The goal of the traffic management center, DiMassimo says, is to manage Nashville’s traffic so it is more efficient, effective and safe. “We do that with signals, crosswalks, headlights, all the tools that are there to manage the system.”

DiMassimo said other priorities include sidewalks, necessary paving repairs, and a downtown neighborhood traffic project, focused on the wide array of transportation issues facing the city’s bustling business and tourism district. Her key point is that building the foundation to improve the city’s overall transportation system helps all aspects of transit, not just bus routes operated by WeGo.

The Cooper administration is especially working to improve pedestrian safety. The city recently joined the international Vision Zero Network, which is committed to eliminating traffic fatalities and severe injuries and increasing safe, healthy and equitable mobility for all people.

DiMassimo pointed to a collaboration that led to installing new lighting installations at 17 busy intersections. According to Metro Police, there have been 13 pedestrian deaths in Nashville so far this year after 39 pedestrian deaths and one cyclist death last year.

“This is not about transit versus multi-modal and everything else,” DiMassimo said. “This is about how does it all work together? Mayor Cooper is committed to a truly robust multi-modal system that looks at all of that.”

We need to focus on actual services for people. I'm talking about bus routes so that working people can get to their jobs.

The pushback from O’Connell is that the initial priorities as shown through the positions created in the new budget won’t actually lead to “services that improve people’s lives.”

“We need to focus on actual services for people,” O’Connell said. “I’m talking about bus routes so that working people can get to their jobs. You look at the downtown tourism and hospitality industry starting to come back. Workers need later bus routes so they can get to and from their jobs. I’m concerned about priorities that don’t focus on ways to improve real people’s lives.”

The concerns were echoed by Metro Councilwoman Angie Henderson, who backed Cooper when he ran for mayor. Just as O’Connell has made mass transit his passion topic, Henderson is a loud champion of sidewalks, greenways and improving pedestrian safety. Henderson said she considers herself a “constructive critic” of the early launch of NDOT and joined O’Connell in hoping to see implementation of more strategies that help people’s everyday lives.

“There’s a cohort of us that has been saying, ‘What about the basic program management stuff and how to organize things with existing staff?’” Henderson said.

“Not wanting to micromanage, but just questioning, are we doing what we can on sidewalks, on pedestrian mobility, on other issues? A lot has fallen on deaf ears.”

The Cooper administration is optimistic that the NDOT is well positioned for success, but says improvement will take time. Part of the administration’s issue with O’Connell’s budget amendment was that the new department has yet to launch and demonstrate it is delivering on promises.

The biggest question about Nashville’s transportation strategy – how to pay for the needed upgrades – remains unanswered. The city rejected a dedicated funding source by referendum during a politically tumultuous 2018. DiMassimo said the city needs show citizens proof that its transportation priorities align with the community’s needs before returning to public debate about dedicated funding.

“You have to have public confidence, and a demonstration of accomplishment and delivery so people believe in making that commitment,” she said.

O’Connell and Henderson believe the city can improve bus service and pave more sidewalks within its existing resources, setting the stage for a critical first year of NDOT.

A fight over bus routes, an awkward budget hearing and growing skepticism over Metro’s new NDOT