Sen. Kerry Roberts: consult with your legal counsel if you “bully” individuals to take vaccine

Sen. Kerry Roberts, right, has expressed concern about the pace of enrollment in a program designed to help Tennesseans with medically fragile or disabled children. (Photo: John Partipilo)

Two Tennessee lawmakers who chair the Joint Government Operations Committee warned schools Wednesday not to “bully,” “cajole” or “coerce” students to be vaccinated.

In a rare crowded gathering for the panel, Sen. Kerry Roberts, R-Springfield, co-chairman of the committee, sought to head off upheaval over the recent firing of the state’s chief immunization officer Dr. Michelle “Shelley” Fiscus, a month after the committee grilled Health Commissioner Lisa Piercey and threatened to dissolve and reconstitute the Department of Health.

With Piercey out of the country on vacation, Roberts read a prepared statement he put together with co-chairman, Rep. John Ragan, R-Oak Ridge, stemming from a private meeting with Gov. Bill Lee’s office and Commissioner Piercey where she confirmed it is not the policy of the health and education departments or 89 county health departments to vaccinate children without parental consent. The commissioner also detailed steps to stop market vaccinations to minors, according to Roberts’ statement.

“I strongly urge you to consult your legal counsel for potential violations of federal laws,” Sen. Kerry Roberts said in a meeting of the Joint Government Operations Committee Wednesday of anyone “bullying, bribing, shaming, coercing, or cajoling” individuals into getting the COVID-19 vaccine. Roberts later said he resented being called an “anti-vaxxer.”

In the letter, Roberts and Ragan contended failing to notify someone about potential risks of the vaccine or failing to provide an option could violate federal law.

“To anyone who is bullying, bribing, shaming, coercing or cajoling an individual into taking the vaccine, I strongly urge you to consult with your legal counsel for potential violations of federal law,” Roberts said. “It is not appropriate for a state employee to use their influence or authority to coerce a student into receiving the vaccine.”

Roberts did not relate specifics but said situations that had been brought to their attention included football coaches requiring players to be vaccinated if they don’t wear masks or get tested weekly, band directors suspending marching band members from a halftime show unless they get vaccinated, or a teacher shaming children by segregating vaccinated students from those not vaccinated. In addition, he said a county health department should not give incentives to parents to have children vaccinated.

The state’s six independent health departments, including those in Metro Nashville and Shelby County, should align themselves with those guidelines, he said.

While not giving specifics, Sen. Kerry Roberts said he knew of football coaches requiring players to be vaccinated if they don’t wear masks or get tested weekly. Rep. Vincent Dixie said no such incidents have been reported and he accused Roberts of making them up.

Roberts reiterated that the only two things he and Ragan objected to at the June meeting were vaccinating children with an “unapproved” product, the COVID-19 vaccine, authorized for emergency use only without parental consent and marketing to minors.

The committee was not allowed to vote on the statement, and Roberts made no move to forward it to the full Legislature. State Rep. Vincent Dixie, chairman of the House Democratic Caucus and a member of the committee, asked to be heard but was allowed only to say that Democrats disagreed with the letter.

Roberts and several other Republican lawmakers raised concerns during a June meeting that the Department of Health was encouraging minors to be vaccinated under emergency use authorization and that the state was allowing them to get shots without parents’ permission. 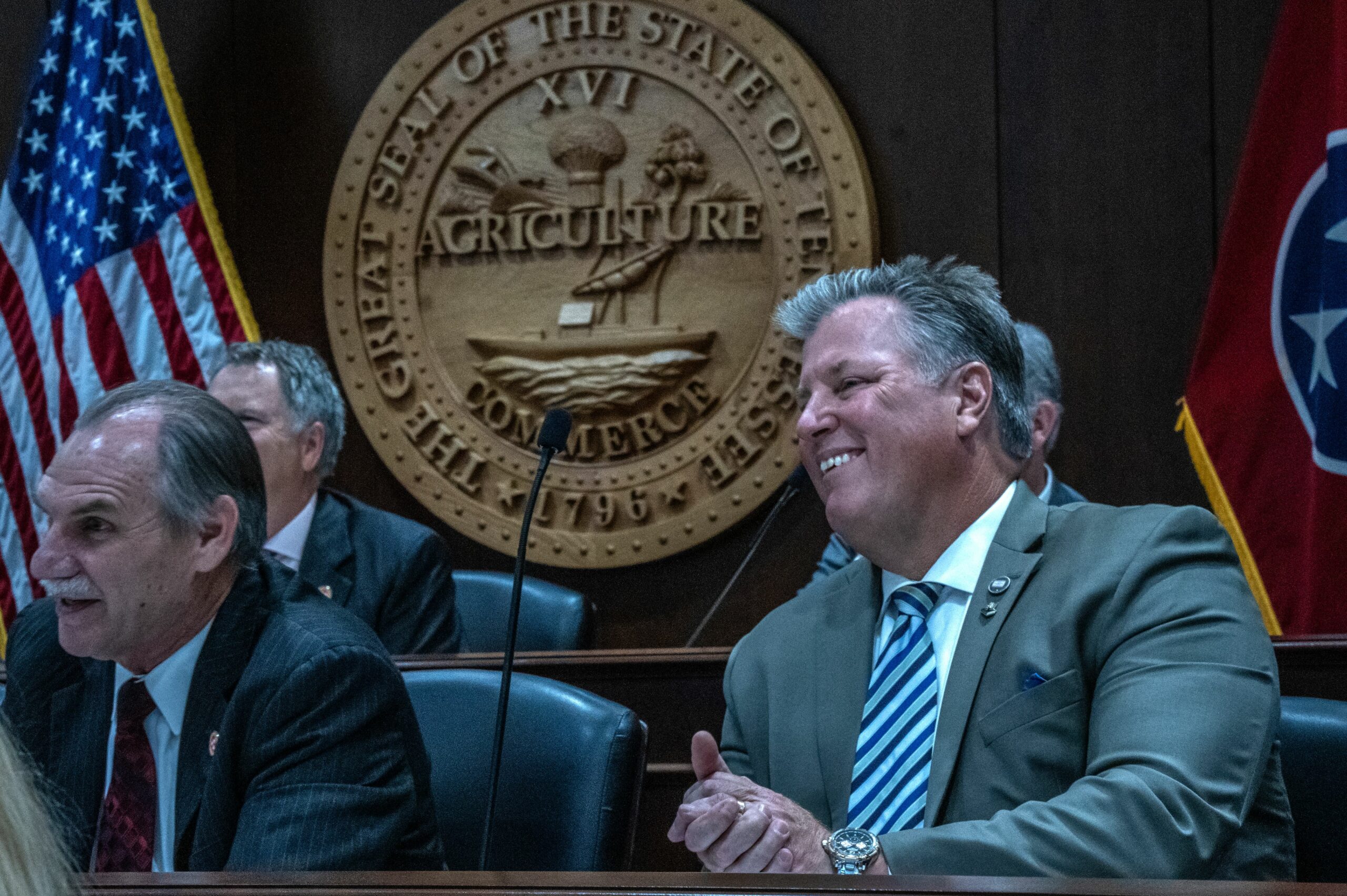 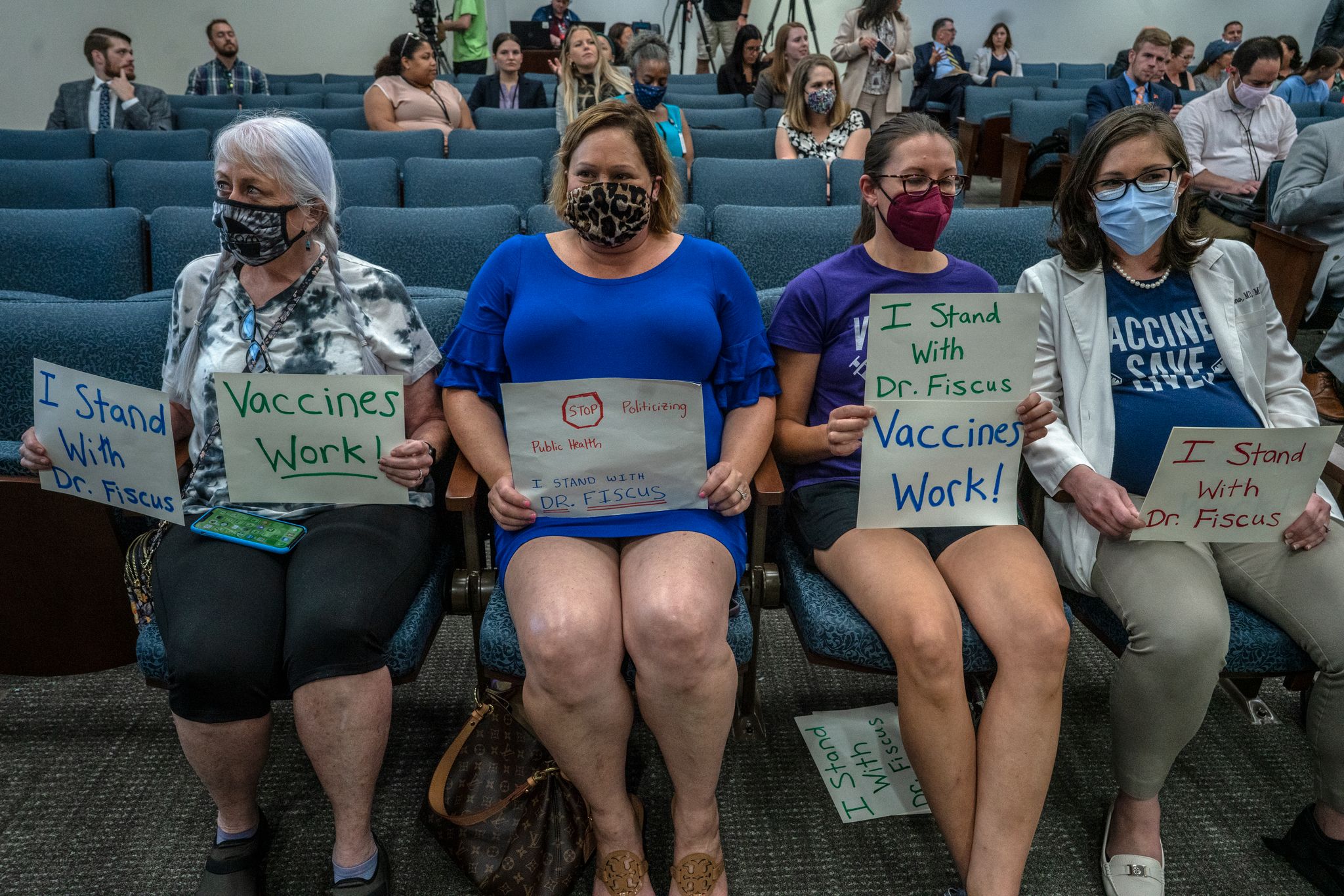 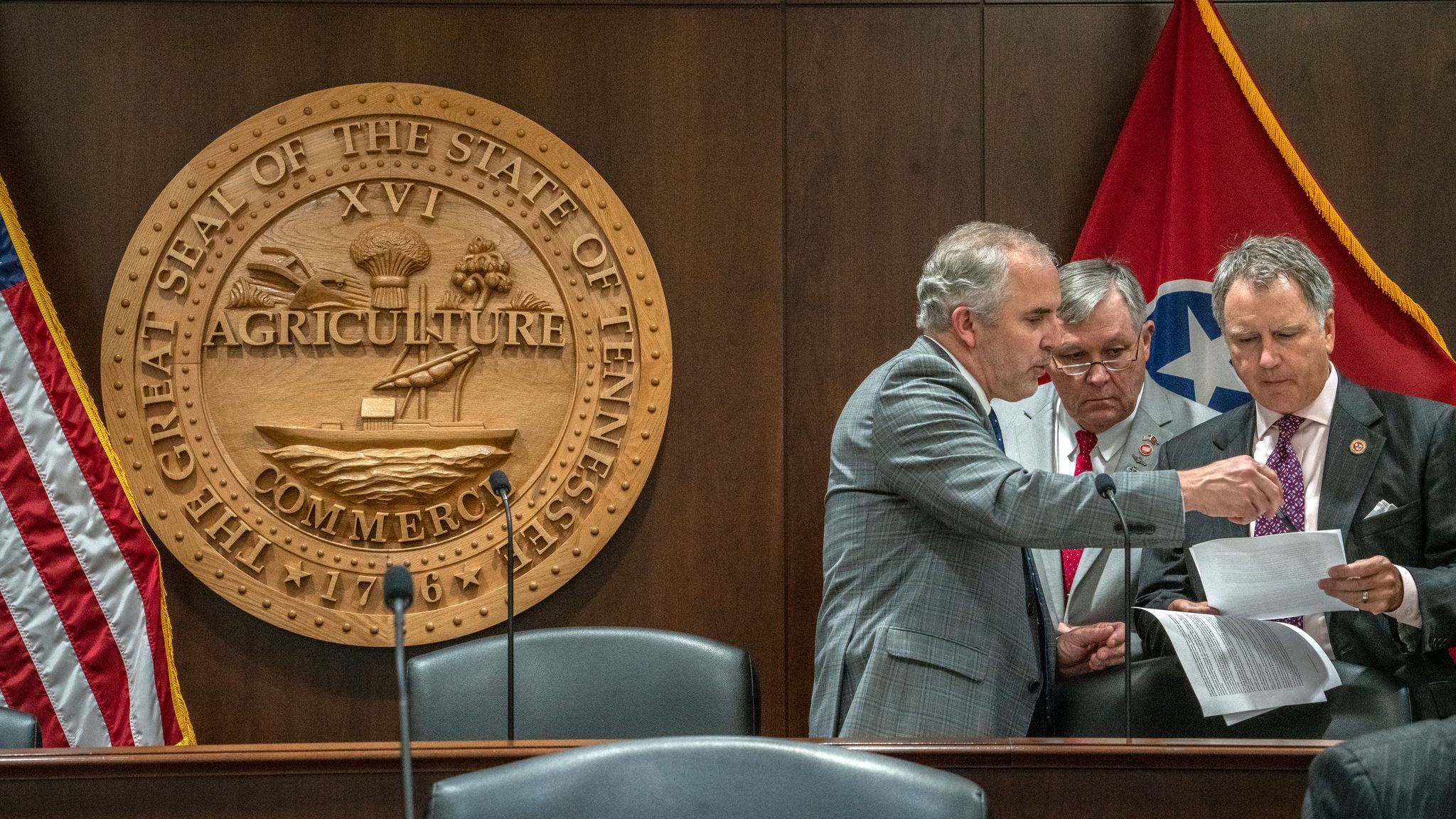 That was based on a letter Fiscus sent to the state’s “vaccination partners” detailing Tennessee’s Mature Minor Doctrine, based on a 1987 Supreme Court ruling that determined some minors could receive medical treatment without parental consent.

According to the doctrine, minors between 14 and 18 could have the capacity to seek treatment without parental consent unless the physician believes the child is not mature enough to make the decision. Fiscus’ memo also points to state law allowing treatment of minors without parental consent in cases of juvenile drug abuse, emergency situations, treatment for sexually transmitted diseases, providing contraception and providing prenatal care.

“Tennessee county health departments follow Tennessee law and provide medical treatment and vaccinations to patients as young as 14 without parental consent if the individual provider determines that the patient meets the definition of a ‘mature minor’ in accordance with Tennessee law. The Prize COVID-19 vaccine is currently the only COVID-19 vaccine authorized by the FDS for persons ages 12-17 years of age,” Fiscus’ memo states.

If you don't think this is real, you're sadly mistaken, because we're playing with people's lives right now. This is not a political game. This is a health issue.

Fiscus, who was fired July 12, claims she became the scapegoat for the governor and Commissioner Piercey when lawmakers put pressure on them over the state’s vaccination campaign, including pictures on the state website showing teens who’d had their shots.

Dixie said afterward the Mature Minor Doctrine worked for years and didn’t become a problem until the COVID-19 vaccine came out, mainly because of political maneuvering. He raised concerns that the state could be lifting its emphasis on vaccinating residents as the Delta variant moves across the state.

Dixie said rural hospitals in West Tennessee are running out of space already and sending patients to Memphis for treatment.

“If you don’t think this is real, you’re sadly mistaken, because we’re playing with people’s lives right now,” said Dixie, a Nashville Democrat. “This is not a political game. This is a health issue. We’re talking about lives, and they’re playing a political game.”

Dixie said neither the Joint Government Operations Committee nor its two co-chairman have authority to tell independent health departments how to operate.

He also called Roberts’ examples of coercion in schools “ridiculous” and said no such incidents have been officially reported. He said he thinks Roberts “made up” those examples “to make their story a little bit better.”

Dixie pointed out, however, that schools could be risking the lives of other students and opposing schools by allowing football players to participate without being vaccinated or wearing masks.

In addition, he contended students have the right to know whether their classmates have been vaccinated, especially in a close setting.

Dixie said he didn’t know about the contents of the Roberts-Ragan letter in advance of the meeting or that the two lawmakers met with Piercey and the Governor’s Office. He didn’t know Piercey would not be at the meeting, either, to answer questions.

Setting policy for schools and students should be done in an open meeting with the opportunity for debate and testimony, he contended.

Dixie said he felt Roberts and Ragan backed off on a proposal by state Rep. Scott Cepicky, R-Culleoka, to dissolve and reconstitute the Health Department because they got what they wanted in firing Fiscus.

“They used a bullying tactic, the same tactics Sen. Roberts said about bullying, cajoling, ridiculing people, they used that against Dr. Piercey and Dr. Fiscus,” Dixie said. “That is the biggest hypocrisy I can think of with what we just witnessed.”

The fact that our state has fired one of our top vaccination officials while the pandemic still rages is just beyond infuriating.

Roberts did not mention Fiscus in his statement and previously said through a spokeswoman he could not discuss her firing because it was a personnel matter.

Several local physicians, including Dr. Katrina Green of Nashville, attended Wednesday’s meeting wearing shirts encouraging vaccinations and carrying signs saying they support Fiscus. An emergency room physician, she was one of the first to get her shots when the vaccine became available.

“Vaccines have been a very powerful tool to end this pandemic, and the fact that our state has fired one of our top vaccination officials while the pandemic still rages is just beyond infuriating,” Green said. “As a physician treating patients, doing the best that we can, we need help. We need the general public to get vaccinated, and a big part of that is having a strong public health department that can do that vaccine outreach.”

The state has put the brakes on much of its vaccine outreach to teens, in addition to other vaccinations, even though it is continuing to give vaccinations with children starting school in early August.