Sept. 11 holds special significance for all Americans, including the Muslim community.

Behind the mosque, Osama Bahloul, the imam at the center, swiftly hurried throughout the parking lot to direct workers receiving donations from visitors, some wearing hijabs and some not.

Each year on Sept. 11, the mosque holds an event to reflect on how American society came to view Muslims after the attack.The mosque has opened its doors to the public, even after the building was vandalized multiple times. It is important to give back to society, said Bahloul, and use conversation to become better individuals.

Recently, he asked several Muslim students at Vanderbilt University what came to mind when they recalled the events on Sept. 11 and was surprised to hear that they carried overwhelming guilt for events that had nothing to do with them. Even though most of the students had been born after 2001, they recalled having to constantly defend themselves and being treated poorly for being Muslim. 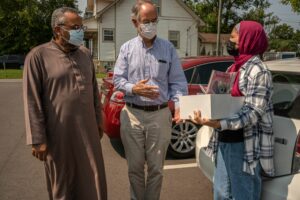 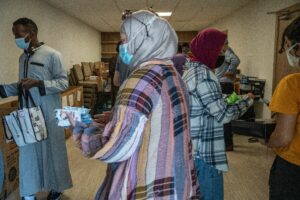 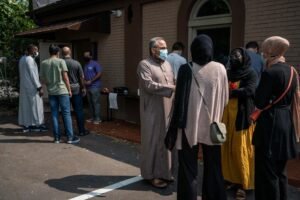 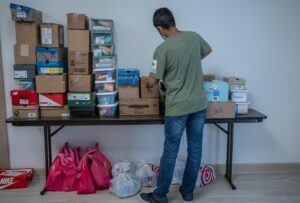 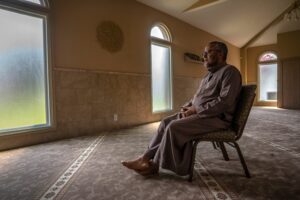 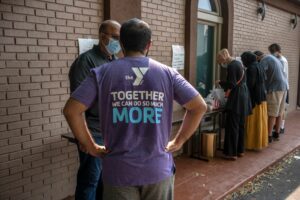 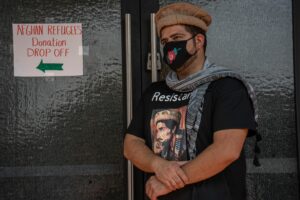 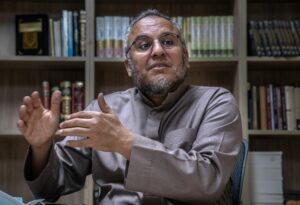 With this in mind, Bahloul and religious leaders of other faiths spent a week recently organizing an event to gather resources for Afghan refugees fleeing persecution from the Taliban following the fall of Afghanistan’s government.

Members of churches, synagogues and mosques from the Multi-Faith Neighbors Network, a faith-based organization, stopped by to drop off items a family needs to start a new life in America. Visitors dropped in and out with supplies, U.S. Rep. Jim Cooper included. Volunteers organized the supplies set to be delivered to shelters across the nation, and by 1 p.m., an office space was nearly filled with hundreds of boxes.

“I think it’s very important to help the community and help people who helped our country,” said Kirk Porter, who was working as a volunteer.

Sept. 11 continues to weigh heavily in America. For the Muslim community, it’s a chance to contemplate creating a better future for the next generation. This starts with accepting all that come to the U.S. seeking help, regardless of political views, said Bahloul.

And if the Afghan refugees choose to, they are welcome at the mosque, he added