Juan Lombera, owner of MC Granite in Nashville. After weathering supply chain delays and labor shortages, his next challenge is getting his employees to comply with the federal vaccine-or-test mandate. (Photo: John Partipilo)

Like many home contractors, Juan Lombera has had to weather a year-and-a-half of havoc wrought by the pandemic just to stay in business: supply chain slow-downs, labor shortages, workers out sick with COVID all while consumer demand for home improvement — and the marble, slate and quartz countertops Lombera specializes in — continues to rise.

Suppliers in Italy and South American have set limits on the amount of marble sinks and granite slabs they sell to Lombera, while raising prices. A worldwide bottleneck for shipping containers means that overseas product that typically took two months to arrive is now taking six or more. Appliance and cabinet manufactures are experiencing similar delays, putting countertop installation on hold until those fixtures are in place. The delays upset customers who are increasingly demanding discounts for their inconvenience.

Adding to Lombera’s logistical headaches is one more pandemic-era wrinkle: President Joe Biden’s plan to require employers like him to enforce vaccination mandates or require weekly testing of his employees.

“It’s going to be hard,” said Lombera, owner of Nashville-based MC Granite, which does business in three states. “I like to protect our people. If something happened to one of our clients, that’s not good for business. But if you say, ‘you’ve got to get vaccinated now,’ some of my employees will say ‘I’m walking.’ 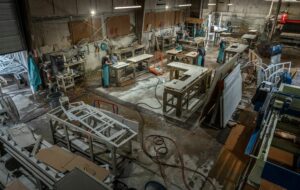 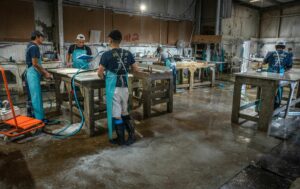 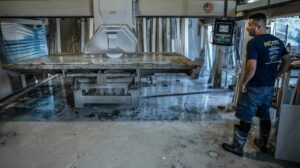 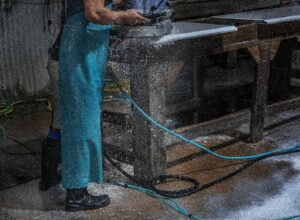 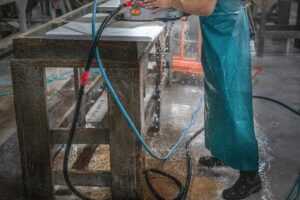 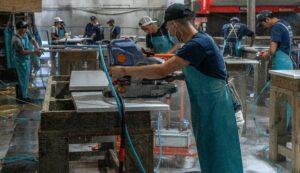 Biden’s sweeping new “action plan” to combat COVID requires all employers with more than 100 workers to enforce either vaccinations or weekly testing for employees. The new rules will also affect about 17 million workers at hospitals, nursing homes and other healthcare facilities, who will be required to be fully vaccinated, not just tested. So too will employees of the federal government’s executive branch and contractors who do business with the federal government.

In Tennessee, the plan will have a sizeable reach across the state’s business sector, where an estimated 4,298 companies employee at least 100 workers, according to U.S. Census Bureau data.

In the Memphis area, where 758 Shelby County companies will be subjected to the rules, business owners generally have fallen into two camps, according to Ryan Poe, director of communications for the Greater Memphis Chamber.

“Some are very happy with the news,” Poe said. “They believe it will help them get employees vaccinated without losing them to competitors. The other side is that without any federal funding to pay for testing, there’s uncertainty on how to manage those costs. Some think it’s a little bit of an overreach.”

Businesses are still awaiting more information, which the Biden administration has promised will be detailed in a formal rule issued by the Occupational Safety and Health Administration plans in the coming weeks.  Vaccines are currently available free of charge across the state, but will employers be subsidized for offering rapid tests? Will they have to swallow the cost of paid time off for employees to obtain tests elsewhere? For that matter, will employees have to pay employees for the time it takes to obtain a vaccine?

Those details remain unclear for now. What the administration has made clear is that a failure to enforce a vaccination or testing mandate could cost employers up to $14,000 in fines.

Karl Houston, vice president for marketing and communications at the Nashville Area Chamber of Commerce said his group is collecting feedback from businesses now, but has not yet taken a formal position on the new rules.

In a survey of its members begun before Biden’s announcement, the vast majority of business owners indicated they were steering clear of employee decisions about whether to get a vaccine: More than 80% said they were offering no incentives for employee vaccinations, while just 7% of companies said they had proactively offered cash incentives to employees to get a vaccine.

Some (employers) are very happy with the news. They believe it will help them get employees vaccinate without losing them to competitors. Some think it's a little bit of overreach.

The Biden plan is also likely to encounter legal challenges before it is ever implemented, including potentially one from the state of Tennessee, where Gov. Bill Lee has said he opposes vaccine mandates for Tennessee employers.

Tennessee Attorney General Herbert Slatery III last week sent a letter to the Biden Administration that called the plan “too broad and likely violates federal law, including both the Occupational Safety and Health Act and the Constitution.”

“I would encourage everyone eligible, in consultation with a doctor, to get a COVID vaccination. It is one effective way out of this pandemic,” Slatery said. “However, this vaccine-or-test mandate appears to be an unprecedented expansion of federal power and fails to consider the steps individuals, employers, and our state have already made.”

Lombera has rehearsed in his own mind the conversations he plans to soon have to have about vaccinations and testing with his workforce, which includes sales and front office staff in his showrooms as well as craftsmen who work the machinery that cuts stone countertops to size and the installers who deliver them to customers’ homes.

“‘I understand you don’t want to do it, but look at it this way: pretty soon it’s going to be a law everywhere and you have to educate yourself,'” he said he will say to his workers. “You have to start the conversations now and let people get used to the idea.”