A site plan of the Memphis Megasite. (Photo: Tennessee Department of Economic and Community Development)

A $5.6 billion electric truck and battery plant set for the Memphis Regional Megasite will be a union shop, continuing Ford’s relationship with the United Auto Workers, an official confirmed Tuesday.

UAW President Ray Curry made the announcement Tuesday, saying the facility set to hire 6,000 workers in Haywood County, about 45 miles from downtown Memphis, will be a union facility, according to C.L. Smith, president of the UAW in Nashville. 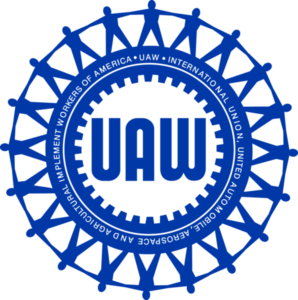 But Ford, in thanking the governor and Economic and Community Development Commissioner Bobby Rolfe for their efforts in making the deal, also tipped his hat to UAW President Curry and Ford’s partners for “the incredible work they do every day.”

Such a move conflicts with the Republican-controlled Legislature’s votes to put Tennessee’s right to work law in the state Constitution by placing the measure on the next gubernatorial ballot. State Sen. Brian Kelsey, R-Germantown, is the main sponsor of the legislation.

“Many of us in the legislature have worked for many years to promote the Memphis Megasite, and I’m thrilled to see Governor Lee bring this dream to reality,” Kelsey said in a tweet Tuesday.

The governor said he will call a special session for this fall so the Legislature can approve incentives and set-up for Blue Oval City, which will be the nation’s largest automotive and battery campus.

The Ford Motor Co. and Korean-based SK Innovation campus would be the second union shop among the auto manufacturing facilities located in Tennessee. Nissan Motor Manufacturing in Smyrna and Volkswagen in Chattanooga are open shops.

The Associated Press reported that President Joe Biden and the UAW have been pushing for union jobs in new facilities as America shifts to electric vehicles. The report notes the issue is expected to be part of collective bargaining talks in 2023 as UAW and Ford work on a new contract.

The president expects to spend $15 billion for 500,000 electric vehicle charging stations by 2030 and offer tax credits and rebates to reduce vehicle costs.

The Ford-SK campus is to be carbon neutral when it opens in 2025, and Ford said one of his primary concerns as company leader has been to make “great” vehicles and protect the environment.

The confirmation that the massive Ford campus will be a union shop conflicts with the Republican-controlled Legislature’s votes to put Tennessee’s right to work law in the state Constitution by placing the measure on the next gubernatorial ballot.

Ford pointed out that the floods that hit Waverly in August are “fast becoming the norm,” a nod that climate change is impacting weather patterns.

“Technology and innovation have brought us to the point where we don’t have to sacrifice one for the other,” Ford said.

In addition to the Memphis Megasite, Ford is putting $5.4 billion into two battery plants in Kentucky where 5,000 jobs will be created. Upgrades are being made as well at Ford’s Rouge plant in Michigan, and a Texas facility will become a training facility for auto technicians.

The Associated Press also reported that the U.S. International Trade Commission found that SK Innovation, which is also building batteries at two Ford plants slated for Kentucky, stole 22 trade secrets from LG Energy in a battle to work with Ford. The commission determined that SK should not be able to make, sell or import batteries in the United States for a decade, but SK settled the dispute in April when it agreed to pay $1.8 billion and an undisclosed royalty amount, according to the AP report.

Tennessee will build a trade school at Ford’s Blue Oval City campus in West Tennessee to train employees as part of a $500 million incentive package for the electric truck and battery plant partnership with SK Innovation.

“This partnership between the state and Ford will create another avenue for Tennessee workers to skill up and settle down with a great American company,” Gov. Bill Lee said in a Tuesday ceremony at Shelby Farms, some 45 miles from the Haywood County site where Ford and SK Innovation will invest $5.6 billion and hire some 6,000 for a 3,600-acre campus to build Ford F series electric trucks, batteries and a battery recycling facility at the Memphis Regional Megasite.

The Tennessee College of Applied Technology slated to be built on the campus will focus on electric vehicle and battery manufacturing and repair with a curriculum based on mechatronics engineering and auto mechanics.

Gov. Lee put $79 million this year into the budget to eliminate a waiting line for 11,400 people trying to enroll in Tennessee Colleges of Applied Technology.

Lee said Tuesday the deal with Ford-SK was reached in large part because of Tennessee’s focus on vocational education and apprenticeships.

Sen. Raumesh Akbari, a Memphis Democrat, hailed the news, saying West Tennessee residents will build the next generation of electric vehicles in the nation.

“That’s an amazing reality today. It’s actually difficult to overstate the significance of this announcement and the potential for transformative change that an underserved community will see from this historic investment. As America gears up to own the electric vehicle marketplace, I will stand in full support of a project that puts our families to work producing these vehicles with good wages and benefits,” Akbari said.

House Minority Leader Karen Camper was equally enthusiastic about the megasite announcement, which has been years in the making. Former Gov. Phil Bredesen initiated the industrial site project more than a decade ago, but it failed to attract large manufacturers, mainly because it lacked infrastructure, or at least the plans and spending to put key elements in place.

“I am overjoyed that the Ford Motor Company has selected our state to be a major part of the electric car revolution,” Camper said in a statement. “My thoughts go to my many colleagues in the Legislature and throughout various administrations who had the vision to appropriate funds and develop this parcel of land in West Tennessee for just such an opportunity. We were tenacious and had faith that this day would arrive.”

Since taking office two years ago, Lee said he was committed to the project, although some lawmakers thought they hit a hurdle at one point. Just a year ago, Economic and Community Development leaders were saying Tennessee could wait until they identified a client before building a sewage line to the Mississippi River.

In June, however, Lee renewed efforts to market the megasite with a $52 million wastewater pipeline project and an order for the state to “aggressively market” the property with enhanced incentives.

That came after a study commissioned by the state showed the site’s biggest shortcomings were the lack of a sewage line and an inadequate skilled workforce to handle thousands of jobs that would come with an original equipment manufacturer.

Lee put $15 million in the fiscal 2021-22 budget for the megasite, bringing the state’s total investment to $189 million, although a portion of that money remains to be dedicated to infrastructure.

The Department of Economic and Community Development did not say how the TCAT facility is expected to cost or whether Ford and SK Innovation will receive other incentives such as a Fast Track grant. The company’s are likely to obtain electricity incentives through the Tennessee Valley Authority, which received accolades during Tuesday’s ceremony.