The plan to clear forest for quail habitat is raising the ire of hunters and hikers, as well as a bipartisan group of state lawmakers

SPARTA, Tenn. — It’s a pretty bird, easily recognizable by dark stripes on rust colored feathers and a distinct two-syllable chirp that announces its name: “bob” (the high note) then “white” at a lower pitch — also known as the Northern Bobwhite, a species of quail.

The otherwise unassuming bird is now at the center of a fight over public lands in White County, Tenn., pitting the Tennessee Wildlife Resources Agency against an unlikely coalition of hikers, hunters, cavers, local business leaders and state lawmakers on both sides of the political aisle.

Internal TWRA documents leaked to a local hunter last month revealed plans to clearcut 2,000 acres of old-growth hardwood forest in the Bridgestone Firestone Centennial Wilderness Area to establish quail habitat and a research center focused on the birds, whose steeply declining populations have spurred national efforts to restore grasslands where the species thrive.

The land slated for deforestation, a late-1990’s gift to the state from the Bridgestone Corporation – then the Bridgestone/Firestone company — is part of stunning and centuries-old vistas visible along the path heading to Virgin Falls State Natural Area, where 7 waterfalls are connected by trails through tall canopies just north of Fall Creek Falls. For generations, the area has also drawn deer and turkey hunters to state owned land that offers hunting access at a fraction of the cost often associated with hunting on private property.

“It’s going to scar the view-shed for most of the Bridgestone property,” said Marvin Bullock, president of the Sparta-White County Chamber of Commerce.

Bullock is an energetic booster who grew up in the area and takes pride in his track record at the chamber. The county has seen a tourist-driven economic turnaround in recent times – aided, in some respects, by the pandemic. Six years ago, when Bullock first started the job, there were 50 empty storefronts and office spaces in downtown Sparta.

“Now you’d be hard-pressed to find ten,” he said. “We have 400 remote workers and 80 Airbnbs. That’s a good indication of what an attraction Virgin Falls is. Right now we have some hardwoods that three of us together couldn’t reach around. It would take generations to grow them back. This is a really terrible idea that is not just aesthetically unattractive, it is economically unattractive.”

Since the map was leaked last month, hikers and hunters, and environmental groups such as the Sierra Club and the Tennessee Scenic Rivers Association, which is concerned about potential erosion damage to the Caney Fork River from clearcutting, have mobilized members across the state to weigh in. A bipartisan trio of lawmakers, Rep. Paul Sherrell, R-Sparta, Sen. Heidi Campbell, D-Nashville and Rep. John Ray Clemmons, also a Nashville Democrat, have pressed TWRA for answers. A community meeting organized by Sherrell is set for Monday evening in Sparta.

“You’re going to be walking through a burned-out wasteland if this happens,” said Campbell, who said she has been getting emails from constituents upset by the plans.

After weeks of pushback, TWRA has begun to respond publicly — a step it has not been required to take in its deforestation plans for public lands. The agency has no public notice requirements when it clears timber on the nearly 1.5 million acres is controls across the state, a sore point among those now learning of the plans in White County.

TWRA biologist Aubrey Deck told the Lookout last week that some of the pushback is a result of a misunderstanding.

The leaked map, Deck said Friday, is a “conceptual map for a larger project, not a planning map,” he said.

“The only plan right now is for 250-290 acres (of deforestation),” he said. “The exact acreage is still to be determined.”

But Deck made clear that agency officials have hopes for a wider deforestation effort.

TWRA has designated the Bridgestone Firestone property as a “Quail Focal Area” — a linchpin in a comprehensive five-year strategic plan to repopulate Northern Bobwhites in Tennessee. Quail habitat requires at minimum of 1,500 acres in each Quail Focal Area to sustain the species, the strategic plans says.

“We can’t commit to X number of acres, but we would love to expand existing fields by 1,000 acres,” Deck said.

A population in ‘dire straits’

Deck said plans to reestablish quail in Tennessee have been in the making for 20 years, Quail and other, non-game, species have been in the decline for the past 40-50 years, and TWRA cites estimates that 80% of the Northern Bobwhite population has disappeared recent decades. Quail are game birds, and part of TWRA’s long-term quail goals are geared toward readying public lands for sport hunting.

“The population is in such dire straits,” he said. “We are providing ecosystems in danger and restoring habitat. Quail is also a game bird, and that’s part of what we do at TWRA.”

Restoring the property to a quail-friendly and quail-hunting-friendly savanna  — a grassy plain with few trees – would benefit other species, too:  among them prairies warblers, field sparrows, blue grosbeak, and numerous endangered plants, according to TWRA. Grassland vegetation also provides food sources for deer antler growth and nesting opportunities for wild turkeys.

Deck said he didn’t expect the pushback on the plan.

“Anytime you’re cutting trees, there’s a whole host of folks that don’t agree,” he said. “The level of attention has been a surprise to me. We are in no danger of having a shortage of close-canopy forests.”

The property itself was a gift from Bridgestone, the first parcel in a series of three land donations totaling 16,000 acres in White County given to Tennessee by the tire manufacturing giant to manage as a wilderness since 1998. The gift came with strings attached: they are spelled out in the deed. Among them: “no cutting of timber or removal or destruction of trees shall be permitted.” That provision has limited exceptions, including to preserve and protect the property from damage caused by fire, insect infestation, disease or other forces of nature.

Bridgestone officials were alerted about discussion regarding the proposed cutting and immediately contacted the Tennessee Wildlife Federation, which serves as a third party caretaker overseeing the property and enforcing the covenants in the deed, said Sara Stanton, a company spokeswoman.

The company, which is otherwise uninvolved in management of the property, has asked the Tennessee Wildlife Federation “to confirm they were thoroughly reviewing TRWA’s proposal and fulfilling their obligation to uphold the covenants put in place at the time of the donation,” Stanton said. “As of today, we have not received a final determination from TWF, but understand a conclusion should be coming in a timely manner

Nate West, director of communications for the Tennessee Wildlife Federation, said it was in talks with TWRA “to fully understand their current plan so we can do that alongside legal counsel.”

“Speaking broadly as a conservation nonprofit, we have supported throughout our 75-year history the science-based, proactive management of lands to maintain or restore diverse habitats and diverse wildlife,” West said in an email. “Regardless of the outcome of this proposed project, the fact is savannas are an endangered habitat in the Southeast that were once common and provided essential habitat to many species across Tennessee.”

“We’re not against quail; we’re against the location’

In late September, in the early hours of the opening Saturday of hunting season, Mike O’Neal steered his truck past trail entrances handing out fliers to hunters in camouflage and hikers sporting daypacks along the a single road that winds through the wilderness area. At points along the road, blue paint on trees marked planned cut lines.

O’Neal is a longtime hunter, among the first to get ahold of the leaked map, which was printed on the fliers he handed out from his vehicle. The fliers also urged people to contact TWRA and their state representatives to oppose any plans to clear timber in the forest.

“We’re not against the quail,” O’Neal said. “We’re against the location. They’re wanting to cut the same parts used by hunters. A lot of people who hunt out here, they can’t afford a hunting lease, and some of these guys aren’t as young as they used to be. They’d have to hike too far if this thing goes through.”

O’Neal said he was especially perplexed by the plans to clear-cut old growth forrest when the Bridgestone Firestone property also contains several thousand acres of non-native pine trees, a fast growing tree that can repopulate in a short period of time.

“It seems like this is a big experiment for TWRA to get the quail back,” he said. “But if it doesn’t work out, what have you lost? Thousands of acres of hardwoods you’ll never seen again in your lifetime.” 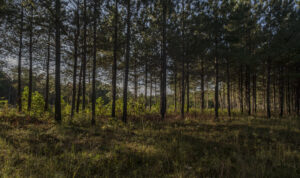 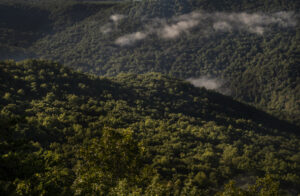 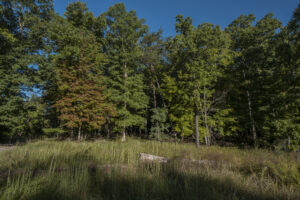 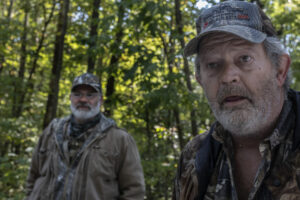 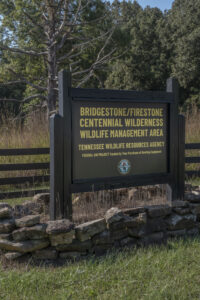 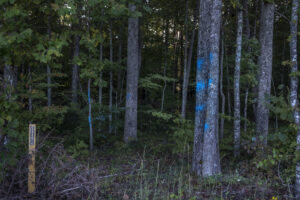