Taliafaro, a Nashville-based property management company that oversees a senior living facility in New Orleans, LA, has been accused of abandoning and allegedly abusing residents before and after Hurricane Ida. Many residents at Boyd Manor have chronic illnesses and say the heat, lack of water, power and medicine made their conditions dire for almost two weeks.

Hurricane Ida was a deadly category 4 hurricane with sustained winds of 150 mph, according to the Royal Meteorological Society. It made landfall in Louisiana on Sunday, Aug. 29. Following the storm, the U.S. Energy Information Association says more than 1.2 million people lost power in eight states. For the 40 or so residents of Boyd Manor, located in the Lower Algiers neighborhood of New Orleans, that power outage stretched for 11 days with no water, air conditioning, cell phone communication or elevator service.

Yolanda Lewis, a 58-year-old resident who is retired and lives with her disabled fiance, says conditions were nearly unlivable. Lewis says a neighbor who uses a wheelchair attempted to use the stairs during the power outage, and she found him lying some hours later in the stairwell completely naked and unable to help himself. Lewis is her fiance’s caretaker, and says during the power outage his entire supply of insulin went bad. She says her fiance had a stroke on his “good side,” and that he has a prosthetic leg on the other side.

“For 11 days in here, they didn’t come see about us.” Lewis says of Taliafaro management.

Lewis and community organizers say Taliafaro’s on-site manager evacuated during the hurricane but did not provide evacuation services to residents. Lewis says at no time did she know of any means or plans to evacuate. Because many of the residents are disabled and low-income, they needed help to escape. Although Taliafaro did not respond to repeated requests for comment, Rosalind Swinger, a Taliafaro representative, told a local Louisiana news outlet that Boyd Manor residents were given information to arrange their evacuation through the city’s 311 service.

The U.S. Department of Housing and Urban Development pays about 70 percent of residents’ rent. There is no record of a HUD inspection at Boyd Manor since 2016, although many residents complain of mold and mildew building in their air conditioning units and on their furniture. HUD officials also did not respond to requests for comment.

We couldn't believe what we saw. People stumbling out of the building . . . No food, no water, no power. A lot of folks are not ambulatory so there was no way to get up and down the stairs.

Community organizers with neighborhood group Algiers Proud were also able to obtain Taliafaro’s own inspection documents. While none listed mold as an issue despite resident complaints, they did list rust, spider webs, a need for caulking and other problems in multiple units.

“We couldn’t believe what we saw,” Jones says. “People stumbling out of the building, devices like nebulizers and oxygen machines completely dead or on their last leg. No food, no water, no power. A lot of folks are not ambulatory so there was no way to get up and down the stairs. We sprung into action. Every day since August 30 we’ve been here advocating for them.”

Jones and Jordan Bridges, who is running for the Louisiana House of Representatives, are also organizing a legal response with Algiers Proud. They’ve been in touch with lawyers from North Carolina and during one interview were busing residents to an attorney’s office to begin their legal effort. 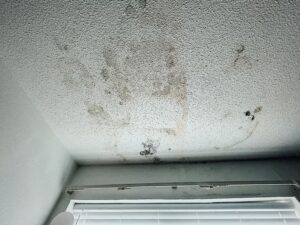 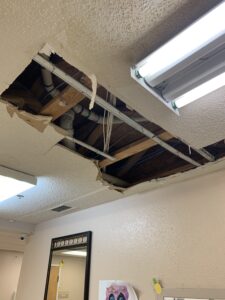 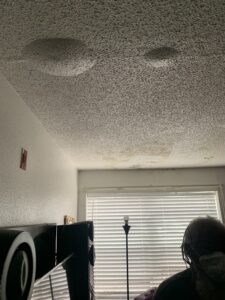 As Jones helped residents into the car while speaking on the phone, one resident told Jones he was light-headed and couldn’t keep any food down. Jones explained the resident had recently had his appendix removed and promised to take him to the doctor before visiting the attorney. Just weeks ago, Jones says he didn’t know any of the Boyd Manor residents, but now greets everyone by name. Many call him “Mr. David.”

Taliafaro submitted their initial business filing to the Tennessee Secretary of State in 1987. Their website states they were founded in 1976 to manage Nashville-area properties, but now manage properties across the U.S. Although the records office shows a change of administration over time, this isn’t the first complaint residents have made about the management company’s practices. On one property management review site, an anonymous user in 2014 wrote that conditions in an Ohio senior living facility were subpar and would not recommend it for any elderly person.

Other, newer Google reviews for the same Ohio property advised residents to “Run!” and not apply to live there, and others expressed similar sentiments with low ratings.

In September, Louisiana Governor John Bel Edwards said his Office of Elderly Affairs is investigating “abuse” at an apartment building in Lower Algiers. The governor’s office has not responded to requests for comment on the status of the investigation, but Gov. Edwards did recently endorse Bridge’s opponent in District 102.

Gable says he has no political gain in the campaign, but he is president of the Interdenominational Ministerial Alliance. The organization endorsed Bridge’s opponent, according to a  sample ballot and mailer.

Gable says he owns other properties and says residents will complain no matter what a landlord does to rectify problems. He also says additional funding from HUD would increase the ability to hire 24/7 security, make repairs and other improvements, and that Taliafaro did indeed come to the property after the hurricane.

“You have to dig deep to find out who’s complaining, what they’re complaining about and if it was valid,” Dr. Gable says.

For Jones, the solution to Boyd Manor involves moving residents into a cleaner, safer building to live. Lewis says she would be happy if Taliafaro were removed as managers and the property was maintained by another company.

“This building needs to be taken from them,” Lewis says. “They need new people over this building, period.”