In December, Armando Arzate spoke out about how undocumented workers are abused as Cecilla Prado of Workers Dignity translates at a Nashville event. Photo by John Partipilo.

Armando Arzate has lived and worked in Nashville for 22 years but said his documentation status allowed his employers to take advantage of him, and Tennessee law offered him few protections from retaliation if he complained.

Since then he’s joined Worker’s Dignity, an organization that supports low wage workers and working class residents, to represent immigrant workers in Tennessee. A recent federal policy seeks to end the exploitation of undocumented workers nationwide.

On Monday, a group of immigrant-rights organizations, including Workers Dignity, Elmahaba, API Middle Tennessee and others met outside the U.S. Citizenship and Immigrant Services building to speak on the experiences of immigrants living, working and dying in Tennessee while being exploited at their worksites due to documentation status.

Elmahaba director Lydia Yousief relayed the story of an undocumented Egyptian man who worked in Nashville as a taxi driver for decades despite having a college education. When his visa expired, he was unable to receive medical care or renew his driver’s license, and later died of a heart attack after refusing to seek medical care because of his legal status.

“His undocumented status killed him,” said Yousief. “(Immigrants)  shouldn’t have to live this way.” 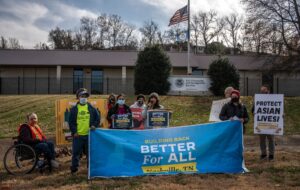 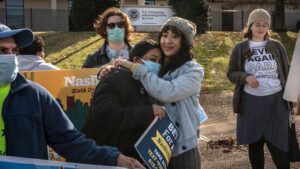 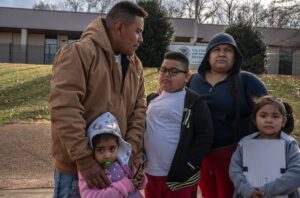 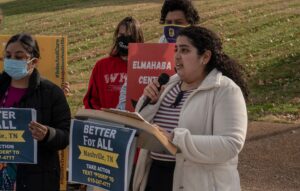 On Oct. 12, the U.S. Department of Homeland Security issued a memo intended to end the exploitation of undocumented workers nationwide.  The policy includes the end of mass worksite enforcement raids, severe consequences for exploitative employers and protections for workers reporting violations of the law.

State and local governments now have until Dec. 11 to decide how they will implement the federal policy, and immigrant-rights organizations want to be included.

“What we’re asking for, in solidarity with other groups across the country, is to have a say in how it’s implemented,” said Workers Dignity director, Cecilia Prado.

Along with protections for workers reporting labor violations, Prado and others are asking the United States Citizenship and Immigration Services to streamline a process for immigrant workers asserting their workplace rights, including worker permits, since employers can use documentation status to threaten employees.

“We are tired of the constant abuse and having no protections,” said Arzate.