When Nashville Mayor John Cooper gave an update Wednesday on the redevelopment of historic Second Avenue following the Christmas 2020 bombing, he talked of revitalization plans that wouldn’t have happened were it not for the incident — a making of lemonade from life’s lemons scenario.

But some of the improvements that will have the most significance for the city, and particularly downtown denizens, are less glamorous than trendy dining areas.

Waste management, for instance, emerged as a priority during a series of public meetings with Second Avenue residents and business owners.

“Recycling and composting, consolidate waste, get the food waste out of the waste stream, get the smell out, remove the grease on the ground,” said Tiffany Wilmot, president of Wilmot, Inc., a Nashville-based sustainability consulting firm. “All that got rolled into one thing.”

“We went through several public meetings and the Urban Land Institute brought in a panel of experts. In those two things sustainability became an item but it wasn’t necessarily a prominent item,” said Gobbell. “Through (Wilmot’s) work a few months in we thought, ‘we’ve got some real opportunity here.’As we started to put this vision together, it kept floating up.” 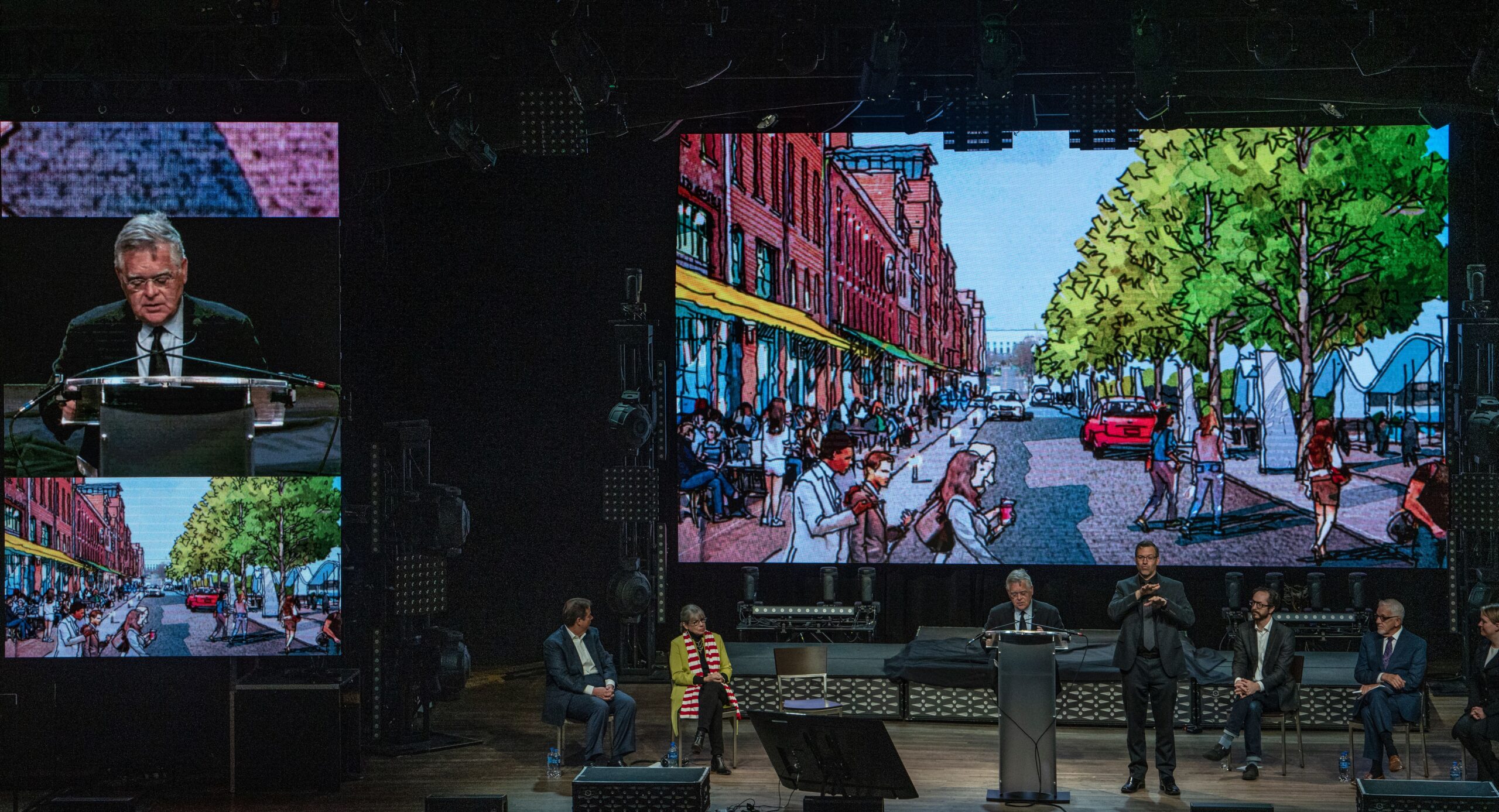 Wilmot created a list of about 60 items in a sustainability matrix, grouped in categories such as ‘required,’ ‘best practices,’ down to ‘nice to have.’

Participants in public meetings, held in the fall, ranked the items by order of importance.

“Waste stream management is a big issue for all downtown but we have the opportunity to come up with things that could work for a lot of areas,” said Gobbell.

A draft report created by Wilmot includes independent research, findings from the public meetings and recommendations and notes that Nashville only recycles 24% of the city’s waste stream. The national average for cities is 35%.

Downtown Nashville has about 15,000 full time residents and draws around 14 million visitors annually, according to figures from the Nashville Convention and Visitors Bureau, accounting for both trash and traffic.

In addition to addressing waste issues, Wilmot’s report advocates for the adoption of cool and green roof technology, both of which save on energy costs and mitigate heat island effects. White thermoplastic polyolefin (TPO) roofing can lower the roof temperature by as much as 50 degrees below what black TPO roofs are, and the cost differential is negligible.

All these properties are privately owned. What can we do to help encourage them to take advantage of the fact they've got to put a new roof structure on anyway?

Green roofs, say Wilmot, cost more than TPO roofs but also have a number of advantates, from collecting water runoff to supporting urban gardens. While Chicago has around 500 buildings with green roofs, Nashville has far fewer. The Music City Center, completed in 2013, is one of the notable examples.

“All these properties are privately owned. What can we do to help encourage them to take advantage of the fact they’ve got to put a new roof structure on anyway,” said Gobbell of the project team’s efforts to pitch environmentally friendly roofing. “What can they do to add to it?”

Other draft recommendations — the sustainability plan is still in the early stages and will go through months of refinement — include the allocation of resources for both planting and maintenance of the city’s trees, street planters with drought tolerant species of plants and permeable pavers.

Cooper said Second Avenue should set the standard for new development in Nashville.

“I don’t think of what we are doing as extra sustainable,” he said. “ Metro is accepting sustainability in everything we do.”

“I’d like to see this be our standard going forward,” said Wilmot. “Sustainability doesn’t have to cost anything more. It’s just making wise choices.”

“If we can show proof of concept on Second Avenue, it could expand to the rest of downtown and all over, “ she said. “We can tweak what we do but we can use these concepts throughout the city.”

Gobbell said the work to create a sustainable downtown environment won’t end when other aspects of Second Avenue’s redevelopment conclude.

“It’s going to be a continued effort. It’s never going to stop,” he said.  “Continuity and consistency are what makes these things happen.”