Old family friends in Nashville have been connected by a painful shared history for generations without knowing the source, but Angela Sutton, Ph.D., is putting together the centuries-old puzzles pieces. Sutton, an assistant professor of communications studies at Vanderbilt University, is director of the Fort Negley Descendents Project and uncovered the names of 255 Black laborers who helped build Fort Negley and later served as soldiers in the Civil War.

Sutton isn’t working alone, and her research stands atop archival work Dr. Bobby Lovett did at Tennessee State University prior to retirement, but sorting through the nearly 16,000 people who worked on or defended at the Union-built fort is no easy task. Sutton is consulting with Taneya Koonce, president of the Nashville chapter of the Afro-American Historical and Genealogical Society, using their combined database backgrounds to cross-reference lists of workers, enslaved Black people, soldiers and court trials to find out who worked, lived, defended or helped build the site. According to the Battle of Nashville Trust, the fort was the largest inland stone fort built during the Civil War, and Sutton is partnering with a developer in North Dakota with grant support from the National Endowment for the Humanities and the National Parks Service.

Sutton has met with many descendants through her work, and has found that the same clusters of last names of the soldiers who served together in the Civil War pop up in conversations with families today.

“It turns out that the people who fought together in the war became each other’s families,” Sutton said of meetings with living descendents she’s met through her work.

It may be surprising to learn the Union Army forced free and formerly enslaved Black people to work and serve as soldiers in the 12th Regiment of the United Colored Infantry during the war, but Sutton says the story is complicated. Although Nashville did have free Black residents, they were at constant risk of being enslaved again and were rarely paid fairly for their work. Despite the risks, though, many Black people saw the city’s capture as a sign the war was headed in the right direction. As it became clear who would win the Civil War, Sutton says many Black people wanted to participate. Although some were forced, others volunteered.

“We can be the ones to make the final blow and end slavery in this country,” Sutton says some men may have thought.

Prior to Sutton’s database research, she says many of the records were unavailable, incomplete or not digitized, making it incredibly time-consuming to compare names and lists by hand. That isn’t new, though; Nashville’s Black residents have long been short-changed out of their history and contributions to the city. In November of 2021, historian Betsy Phillips covered the trees the Adventure Science Center planted on the Bass Street archeological site, where Sutton says the first free Black community was built at the foot of the fort. It had already been wiped out by I-65 and construction, but intact cultural deposits remain for archeologists to analyze..

While the African American Cultural Alliance has filed a complaint about the trees, Sutton and her colleagues can’t continue archeological work near Bass Street until it’s been resolved. Archeologists had previously uncovered the first free Black church there—which still exists on Brick Church Pike. 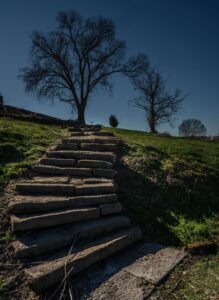 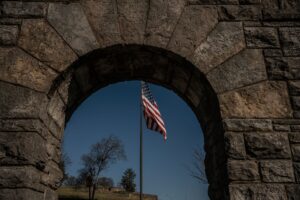 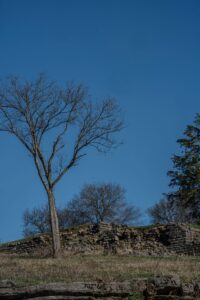 Koonce, who is also helping descendant’s of East Tennessee’s convict leasing past reconnect with ancestors, says we must keep this history in mind when making decisions about Negley’s future.

“Fort Negley has an important history and the more we know about the persons who worked there, the better the story can be told,” Koonce says. “Being able to know more about the people helps. Especially as the conversations are going on about the future of the site.”

“For far too long, Nashville has been inundated with politicians who, on the surface, seem to be democratic or seem to hold the interests of Black and brown people,” Kelly says. “When you really look at the record, or how you actually act, their tactics are just as oppressive as the next person.”

When asked if they were surprised that white Union Army men we might have previously thought of as anti-racist or abolitionist forced Black people into labor, both Koonce and Kelly said no. Sutton says this is an important reminder about just how badly marginalized communities have been, and continue to be, treated.

“The responsible party is all of America that has profited off the unpaid labor of Black Americans,” Sutton says.