TDEC in litigation over water withdrawal from Duck River

At Old Stone Fort State Archeological State Park in Manchester, the Duck River and the Little Duck River converge, cascading along the edge and allowing visitors to stand upon mossy rocks to peer into its numerous waterfalls. During peak seasons, the Duck River becomes the backbone of the region’s outdoor recreational economy, supporting an estimated 150,000 anglers, kayakers, canoers and boaters annually.

Within the Duck River is a diversity of life, including 151 species of fish, 56 freshwater mussel species, 22 aquatic snail species and 225 species of identified macro invertebrates, including aquatic insects, crustaceans and worms.

Of these, 35 are listed as endangered through the federal Endangered Species Act, according to a study conducted by the U.S. Army Corps of Engineers. Among the many threats identified, officials noted that rapid urbanization and population growth is stressing the watershed’s delicate ecosystem.

But Middle Tennessee’s tremendous growth has pressured utility companies to meet demand as conservationists simultaneously work to protect limited natural resources, and more than 250,000 Middle Tennesseans rely on the Duck River as their sole source of water, including residents of Columbia, Centerville, Shelbyville, Manchester and Tullahoma.

Withdrawing water from the river, especially during times of drought or low flow, can cause depletion of oxygen levels, killing local wildlife. In order to protect the river, the Tennessee Department of Environment and Conservation requires utility companies to apply for a permit to increase water withdrawals.

Despite concerns about the river, TDEC officials issued a permit to the Marshall County Board of Public Utilities in August 2021, although with protective flow restrictions included. Marshall County then appealed the permit, prompting environmental advocates to intervene.

The Southern Environmental Law Center (SELC) is representing the Nature Conservancy and the Tennessee Wildlife Federation to support TDEC’s use of protective flow restrictions in permits as a tool for protecting aquatic life. They also argue that removing the current flow restrictions will impact the river’s wildlife and hamper the state’s ability to place safeguards against future water withdrawals. 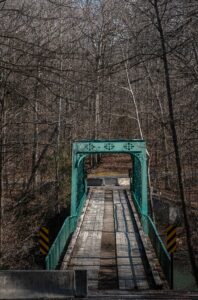 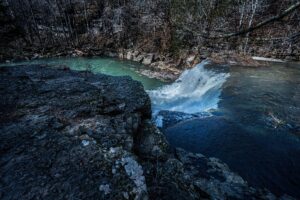 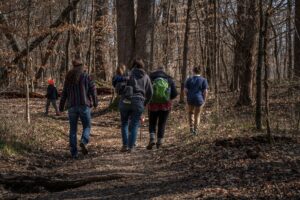 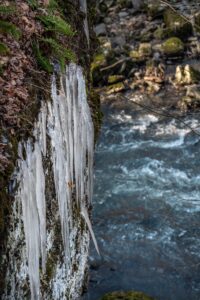 Icicles hang from a rock outcropping at the Duck River in Manchester. (Photo: John Partipilo) 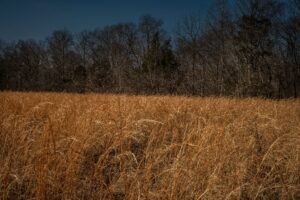 According to the permit, TDEC estimates that the county’s daily water needs will reach 3 million gallons by 2045 and made changes to the permit in response to concerns.

Several utility companies are also planning to increase water withdrawals from Duck River in order to meet demand.  According to a press release, SELC lawyers estimate that efforts by these combined companies could lead to 19.7 million gallons of water being pumped by the river each day, or a 30% increase from the current amount.

“Middle Tennessee is growing at a very rapid pace, so there’s a lot of pressure on the Duck River, but I think in order to protect the river for future generations and the aquatic life that lives in the river, we have got to change the way we think about water use management. In other words, we need to get out of this mindset that the answer to population growth is to stick more straws in the river,” said Nolan.

Through the American Rescue Plan, TDEC is set to receive $1.35 billion, with $1 billion set aside for communities eligible for infrastructure projects as part of the Tennessee Water Infrastructure Investment Program.

With federal support and the current interest in preserving the environment, Nolan believes this is an opportunity to rethink Tennessee’s water infrastructure, such as encouraging communities to conserve water during times of drought and incentivizing companies to undertake infrastructure projects.

“The right answer is not to assume that people can have whatever they want and that we’re not going to consider the consequences to all aquatic life that deserves protection. People want to enjoy and expect to enjoy,” said Nolan.

Middle Tennessee’s tremendous growth has pressured utility companies to meet demand for water but especially during times of drought or low flow, withdrawal can cause depletion of oxygen levels, killing river wildlife.

Tennessee has several environmental problems caused in part by water districts that are “self governing and perpetual entities with almost no accountability to the public,” said U.S. Rep. Jim Cooper, who has sponsored numerous water infrastructure bills in his 32-year career in public office.

For instance, he said, all the water in Williamson County is supplied by the Cumberland River, which is run by one of these self-governing utility companies. The Tennessee River, another resource from which residents depend on for water, is run by the TVA.

“They’re neither fish nor fowl, and they have awesome power,” said Cooper.

Environmental damage would be easily seen within Duck River’s mussel population. Unlike fish, mussels are not able to move quickly or go long distances to escape undesirable environmental conditions. Acting as canaries in a mine, depletions in mussel populations is an important indicator of a river’s failing health.

And if water withdrawals increase to match the needs of hundreds moving to Middle Tennessee each day, an environmental disaster could be just over the horizon.

“We are so blessed here but we can wear out any resource,” said Cooper.

The SELC and TDEC are headed to mediation later this month, where they will try to work out an agreement. If no agreement is reached, the case will go before an administrative law judge in May.

TDEC in litigation over water withdrawal from Duck River