The Senate Education Committee chairman said Monday he believes county commissioners should sock away money to prepare for the effects of a new K-12 funding formula on local taxes.

Senators are trying to figure out the effect of a $9.5 billion funding formula shift on local governments, which are to be held harmless for three years, meaning the portion they pay in a 70-30% split will not force them to pay a greater share until the fourth year.

“I would tell you if I was a county commissioner or some of those folks, I would be thinking about, ‘let’s open up a bank account, set some money aside because there will come a day when we’ve gotta utilize those funds.’ It’s going to be tough for them not to spend some of those moneys,” Sen. Jon Lundberg, a Bristol Republican who chairs the Education Committee, said after a Monday meeting.

That would be especially true if the state lowers the amount counties pay during the three-year “hold harmless” period for teachers who are outside the BEP formula.

In a two-hour presentation from Education Commissioner Penny Schwinn, senators also concluded if they wanted to add $100 million to the base portion of the formula for teacher pay, they would have to pony up a total of $250 million because of the requirements attached to the factors or “weights” attached to the formula.

Asked about Lundberg’s statement, Schwinn referred a reporter to the state’s projections.

Gov. Bill Lee wants to change the state’s funding formula to make it more clearly reflect the amount state and local governments pay for each student. It would include a base amount of $6,860 and then take into consideration several factors, pushing expenses much higher for some students.

A new funding plan proposed by Gov. Bill Lee and Education Commissioner Penny Schwinn left senators with questions about the Senate Education Committee on Monday, including how counties will manage payment for a larger share of education costs in the fourth year of the new program.

Asked Monday if he could guarantee his plan would not force local tax increases because of some $1 billion added to K-12 education statewide, Gov. Lee said his plan lays out costs through 2030.

And though he said he couldn’t “predict the future,” Lee added, “But we’ve set it up such that they would not be required to increase taxes because there’s no additional share for them. What happens in the future, it’s certainly their decision about other spending and how they make decisions about taxes, but it won’t be in these initial years because of this additional funding.”

Despite the provision delaying expenses for local governments, Metro Nashville Public Schools would receive $12 million more under the new formula but would also pay $35 million more for its share. The district’s total budget is about $1 billion, and Metro Nashville draws 23% of its funds from the state.

In committee discussion, Senate Finance, Ways and Means Committee Chairman Bo Watson also contended local governments would have to increase education funding once the three-year phase is over. He held up a white board with an equation to prove his point.

“You’ve got county commissioners looking at how much the pie costs,” Watson, a Hixson Republican, said.

The state will pay 70% and locals 30%, but the amount of money locals receive also will be determined by their fiscal capacity. Counties with a strong revenue base will have to carry a bigger burden on funding across the state.

Schwinn explained the plan lowers local government expenses for three years. The state’s four largest counties spend much more than their required amount in an effort to bolster schools and give teachers higher pay.

But smaller counties with tight revenue bases could find it more difficult to catch up unless they’ve been frugal or saved money over the three-year time frame.

According to Commissioner Schwinn, all school districts will receive more funds under the proposal. She told senators Monday if the Legislature were to put another $1 billion toward K-12 education under the current funding structure, 25% of school districts would need to raise taxes.

Lt. Gov. Randy McNally predicted last week the Senate would pass the legislation this session. But senators are far from satisfied with the proposal.

Senate Minority Leader Jeff Yarbro said afterward he is concerned that lawmakers are learning about key pieces of the legislation nearly every day since it was introduced three weeks ago.

In a letter to Senate Education Committee members, the coalition said it supports several ideas in the governor’s plan but noted the funding plan is “extremely concerning” to the disability community because it appears to use the same special education solutions as the Basic Education Program and “simply replicates” previous practices, encouraging schools to “over-identify” and “over-place” students with disabilities. 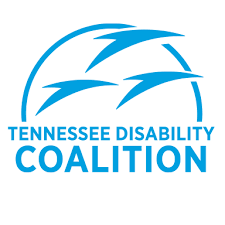 The governor’s proposal, Tennessee Investment in Students Achievement, calls for spending some $9.5 billion in state and local funds on K-12 education in fiscal 2023-24, including a billion-dollar injection.

While critics of the plan say that is roughly the same amount the state is spending already, the Disability Coalition paints a picture in which students it supports could be more likely to be removed from general classrooms.

The governor’s plan uses a $6,860 base per student, then adds funding for factors such as disabilities, economically disadvantaged and several more.

Under this scenario, a school might decide a student with profound disabilities, who is “very expensive” to teach should be given a “unique learning need” of 10%, which means the child should receive homebound/hospital education.

The coalition contends other states use a better formula to help disabled students remain in schools.

Asked about the letter during a Monday hearing, Education Commissioner Schwinn said she received the letter from the group, which also served on a subcommittee that was to give input on the proposal.

Schwinn pointed out that under the BEP, the number of hours spent on special education for disabled students leads to a certain level of funding.

“What we did is for modeling purposes, we cross-walked that same special education option code would be funded at under TISA,” Schwinn said.

The department still hasn’t worked on the rule-making process, which would estimate the amount the state would spend on students in 10 categories for “unique learning needs.”

Setting rules could take up to a year, but some portions could go through “emergency” steps, she said.

Sen. Mike Bell, a Riceville Republican, said Monday he has heard concerns raised from several groups about the amount of rule making that could be contained in the legislation and “implied authority” the commissioner would have.

Bell, though, said he believes the Government Operations Committee, which oversees rule making, should provide the proper oversight and take comments in public hearings.