Paul Kline of Memphis gestures to attendees as he speaks before the House Commerce Committee: “You owe your allegiance to these people,” he told lawmakers. (Photo: John Partipilo)

The House Commerce Committee passed a controversial energy infrastructure preemption bill that removes local control from communities, but with amendments proposed by environmental and community organizers.

On Tuesday, committee members passed HB2246  to allow exceptions for local zoning codes and local actions that are state authorized, among other tweaks that have loosened the bill.

According to Sarah Houston, director of Protect Our Aquifer, every amendment requested by environmental justice activists was added, allowing Memphis to their ordinances protecting residential communities from pipeline infrastructure and preventing energy infrastructure from crossing city streets. While Shelby County ordinances regulating pipelines may still be affected, the bill is now open to interpretation.

“We got a stronger version, something that allows for Memphis laws to stand, potentially the laws in Shelby County to stand, but that is all up for debate, so we really will see how far gas companies will try to push this loose language. That could come down to litigation between local communities and multi-billion-dollar companies,” said Houston.

“The question remains, how much are gas companies going to use and abuse this law,” she added.

Despite the amendments, 10 speakers testified against HB2246, including Memphis residents describing how Memphis is already bearing the burden on energy infrastructure. 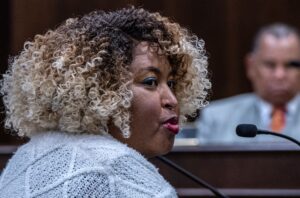 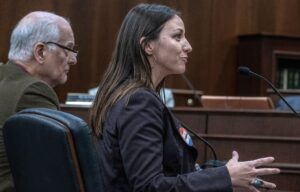 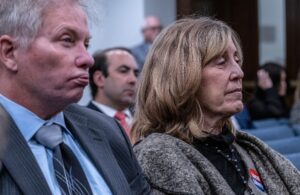 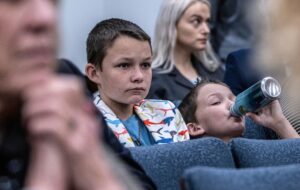 Cash Daniels, 12, of Chattanooga, who was a 2021 and 2022 nominee for the Time Magazine Kid of the Year for his conservation efforts, attended the committee hearing. (Photo: John Partipilo) 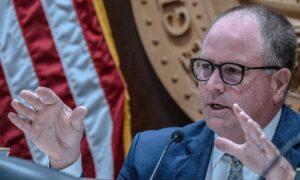 Critics saw the bill as directly aimed at Memphis after community protesters vehemently opposed the building of a crude-oil pipeline through low-income and historically Black neighborhoods. Both the Shelby County Commission and the Memphis City Council have since passed regulations to protect the city’s underground drinking water and prevent pipelines from being built near residential areas.

Initially Memphis community leaders feared that all of the city and county’s regulations would become void under the bill’s vague language, but despite the amendments, advocates requested that an environmental-justice clause be added due to multiple energy infrastructure residing within city limits.

“Our energy burden is too great right now…so something that we’re doing is not working when it comes to energy infrastructure,” said Marquita Bradshaw, a Memphis native and Democratic nominee for U.S. Senate in 2020.

“People in our community are sick and dying from energy infrastructure that makes people sick, and it’s not just isolated to Memphis, Tennessee, it’s also rural communities that are carrying the burden of population,” said Bradshaw, who blamed her mother’s kidney failures on energy pollution.

Rep. Kevin Vaughan, R-Collierville, sponsor of the bill and chairman of the committee, argued that concerns over removing local control were unfounded because local zoning ordinances would provide reasonable setbacks but local governments should not be able to control energy infrastructure beyond their jurisdictional boundaries.

“This is not a carte Blanche to pipelines…it’s more of a coexistence bill,” he said.

Vaughan also expressed that the bill intended to strengthen Tennessee’s independence on foreign oil and that limited regulations would allow for lower gas prices.

The Byhalia Pipeline, which Memphis communities protested against, was intended for exportation of crude oil.

Vaughan also received some pushback from Rep. Jeremy Faison, R-Cosby, who questioned whether the bill would include failsafes for property owners in the event that construction interrupted amenities to cities. Vaughan said failsafes were not included in the bill.

Powell also retorted that if a pipeline were to burst, there would no longer be coexistence.

After passing, HB2246 now goes to the House Finance Subcommittee, where its fiscal impact will be debated. Once passed, the bill heads to the House.

Last week, the state Senate passed its version, SB2077, after making amendments for wellhead protections and will now need to be amended to fit its House counterpart.