Earth Day, first celebrated in April 22, 1970, was rolled to April 23 in Nashville and photojournalist John Partipilo staked out the event at Centennial Park.

Hundreds turned out on a beautiful day to pick up free trees that were being distributed, listen to live music and attend presentations from environmental and conservation organizations. Packets of seeds for butterfly-attracting plants were handed out in an effort to help improve biodiversity.

The genesis of the original Earth Day was the 1969 oil well blowout in Santa Barbara, Calif. that spewed more than 3M gallons of oil into the ocean, killing sea birds and animals including seals and dolphins. A coalition of environmental activists and the late U.s. Sen. Gaylord Nelson of Wisconsin created the first Earth Day and the Santa Barbara blowout became the impetus for some of the 1970s’ environmental regulations. 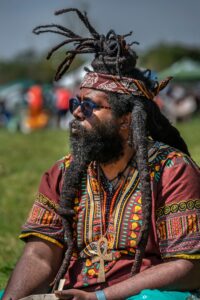 Brandon Patton of Nashville said that every day should be Earth Day. (Photo: John Partipilo) 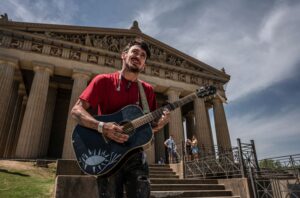 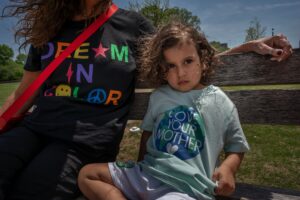 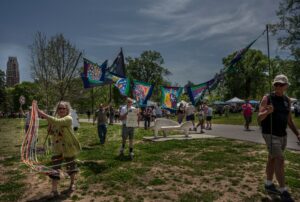 Biden’s State of the Union address by States Newsroom March 1, 2022
Settled into new homes, refugees in US say they are working… by Dulce Torres Guzman June 20, 2021
Stockard on the Stump: COVID-19 voucher bill draws chilly… by Sam Stockard January 28, 2022