(The story has been updated from the original version to include a response from TeamHealth.)

A Tennessee firm that pioneered the outsourcing of hospital emergency medical care now stands accused in courtrooms across the nation of scheming to turn emergency rooms into corporate profit centers through “cartel-like” behavior, including price fixing, legal intimidation, and fraud. 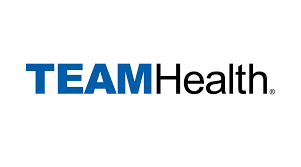 “It is now evident from multiple other lawsuits that (TeamHealth) … systematically overbilled (patients and insurers) for years,” the lawsuit continues. “(Overbilling by) upcoding is part of TeamHealth’s regular way of doing business, and absent judicial intervention, TeamHealth will continue its upcoding scheme for as long as it remains profitable.”

In just two years, a Tennessee Lookout investigation shows, TeamHealth has shelled out nearly $100 million to settle thousands of complaints from emergency room patients billed thousands of dollars for treatment of minor ailments, ranging from indigestion ($1,712) to a headache ($1,384) to a spider bite ($1,602).

The firm has ponied up millions more to settle claims of shortchanging doctors and cheating government-subsidized insurance firms and was recently forced via public outcry to dismiss thousands of collection lawsuits filed against Tennessee emergency room patients. The Tennessee company, records show, has also been under congressional investigation.

But TeamHealth continues, in both public statements and court records reviewed by the Tennessee Lookout, to defend its practices as legal and any overbilling as “accidental.”

Knoxville-based TeamHealth, which pioneered the outsourcing of emergency medical care, has spent millions of dollars to settle claims of cheating government-subsidized insurance firms and is under congressional investigation.

“In sum, (these) allegations describe nothing more than TeamHealth’s ordinary business operations,” TeamHealth attorneys wrote in a filing in U.S. District Court in Knoxville.

Renamed and purchased by private equity firm Blackstone four years ago to the tune of $6.1 billion, TeamHealth is now one of the nation’s largest emergency medicine providers in the country. The firm staffs more than 3,400 hospital emergency rooms in Tennessee and 46 other states and controls billing and collection at each of those facilities.

But court records and settlement agreements examined by the Tennessee Lookout reveal most TeamHealth emergency room patients are clueless of the firm’s involvement in their care — even after being sued by the company.

“TeamHealth carries out its operations through a web of subsidiaries, affiliates, and contractors dubbed the TeamHealth System,” one complaint explained. “TeamHealth almost never bills patients or insurance companies under its own name.

“This creates the illusion that its healthcare physicians and midlevels are providing care that is locally owned and directed,” the complaint continued.

“This illusion disguises the truth and makes TeamHealth’s fraud more difficult to detect,” the complaint stated, “because TeamHealth submits upcoded and inflated health insurance claims under the names of dozens of different corporate entities, with no indication that they are affiliated with TeamHealth.”

TeamHealth submits upcoded and inflated health insurance claims under the names of dozens of different corporate entities, with no indication that they are affiliated with TeamHealth.

– Complaint filed against TeamHealth in U.S. District Court in Knoxville

TeamHealth doctors and nurses never see the bills the firm sends patients and their insurers. TeamHealth, instead, trains and pays “coders” at a subsidiary to determine medical care pricing, court records show.

The subsidiary, in turn, sends out bills – sans the TeamHealth name and any supporting medical records – to patients and their insurers.

“TeamHealth requires that all payments be sent directly to its corporate enterprise and keeps most of the payments,” another lawsuit stated. “TeamHealth generally compensates its healthcare staffers at a fixed hourly or transactional rate that does not vary with the amount of excess payments TeamHealth extracts through its billing schemes.”

Insurers, both private and government-subsidized, are now admitting in court records those bills were paid — without question or review — based solely on the codes TeamHealth’s subsidiary assigned the level of emergency medical care provided.

“This (billing) asymmetry is ripe for fraud, and TeamHealth has exploited it,” one insurer wrote.

In 2016, TeamHealth employees in Texas sounded the alarm on the firm’s practices in a federal whistleblower action, laying bare for the first time TeamHealth’s hidden role in billing and suing patients and accusing the firm of ordering coders to inflate pricing for emergency room medical care for a decade.

That whistleblower lawsuit led a slew of private and government-subsidized insurers to audit their own books, hiring coders to gather patient records from across the nation and examine them for overbilling, records show.

The insurers now say they’ve uncovered proof, via TeamHealth’s own records, that the firm is nothing more than an emergency medicine racketeer, inflating patient bills by as much as 75 percent nationwide.

“(TeamHealth’s) use of numerous separately incorporated physician group entities, under the circumstances, is cartel-like behavior,” wrote attorneys on behalf of police officers, firefighters and other municipal workers overbilled at TeamHealth emergency rooms in Louisiana.

TeamHealth recently agreed to settlement deals in the Texas whistleblower case and some of the litigation filed by insurers but denied any wrongdoing. As part of those deals, records about TeamHealth’s practices will be sealed from public view.

Records in U.S. District Court in Knoxville show the Louisiana lawsuit, filed last month, is still pending, as is a mirror-image case filed by insurer United Healthcare Services. Celtic Insurance, a government-subsidized insurer, reached a settlement in its lawsuit against TeamHealth late last month, but the terms are not yet known.

It’s not clear whether the congressional investigation of TeamHealth will yield public hearings. TeamHealth in a statement called the ongoing litigation by United HealthCare and others “frivolous” and just another round in a fight between insurers and providers over the cost of emergency medical care.

“TeamHealth’s affiliates and United have litigated claims regarding the proper rates of payment for TeamHealth’s services in various venues around the country since at least 2017,” the firm’s attorneys wrote in a recent filing.

“(Insurers claim) to have just uncovered this criminal fraud ‘recently,’ despite acknowledging that the parties have been deeply involved in disputes over payment rates for over five years,” the attorneys wrote.

TeamHealth responded in a statement:

“TeamHealth is a physician-founded and physician-led network of more than 16,000 frontline clinicians treating patients in emergency rooms, hospitals, and clinics across the country. Our clinicians were among the first to respond to and provide lifesaving care to victims of hurricanes Harvey and Maria, as well as the 2017 Route 91 Harvest Festival shooting in Las Vegas, Nevada. For more than two years, our heroic clinicians risked their safety treating patients on the frontlines of COVID-19.

The business model that TeamHealth uses to contract with clinicians through separate but affiliated professional entities is widely used by hospitals and other healthcare providers. TeamHealth ensures that its relationship with affiliated professional entities fully complies with all applicable state laws, including corporate practice of medicine and fee-splitting requirements. No court or administrative body has ever found that TeamHealth’s relationship with an affiliated medical practice violates a corporate practice of medicine law.

Insurers like United continue to generate record profits by down coding claims and refusing to consider the expertise of frontline clinicians who make a diagnosis. The bottom line is the less United reimburses, the more profits they make.

In December 2021, a Nevada jury ordered UnitedHealthcare to pay TeamHealth affiliates more than $60 million in punitive damages after finding the insurer unanimously guilty of “oppression, fraud, and malice” in its conduct. In one example discussed in the trial, United reimbursed just $254 for emergency care on a gunshot wound. Our bill for this lifesaving medical treatment was $1400. While testifying under oath, a former United executive said that lifesaving care was “worth” the $1400 charge.

Earlier in 2021, a Texas Jury ruled that insurer Molina Healthcare “engaged in unfair and deceptive practices” by intentionally failing to pay frontline emergency room doctors for care provided to patients, including during the COVID-19 crisis. The jury awarded TeamHealth $17.5 in punitive damages. In 2020, an Arkansas jury found that Centene and its affiliates underpaid TeamHealth frontline clinicians.

In each of these cases, payors filed counterclaims of upcoding as a response to our underpayment litigation. In every case, the counterclaim has been dismissed. TeamHealth engages professional coders to code our emergency department claims, and they have no incentive to do anything other than bill correctly. We have arduous internal and external auditing of our coding processes.  We use the same grid for coding that we have used for over ten years without change. Additionally, our coding percentages track right on top of national database information. We are confident that the copycat case you cite will also be found meritless.

TeamHealth will continue to fight health insurance companies that underpay heroic frontline clinicians for the lifesaving care they provide.”

by Jamie Satterfield, Tennessee Lookout
May 9, 2022

Jamie Satterfield is an investigative journalist with more than 33 years of experience, specializing in legal affairs, policing, public corruption, environmental crime and civil rights violations. Her journalism has been honored as some of the best in the nation, earning recognition from the Scripps Howard Foundation, the Society of Professional Journalists’ Sigma Delta Chi Awards, the Green Eyeshade Awards, the Tennessee Press Association, the Tennessee Managing Editors Association, the First Amendment Center and many other industry organizations. Her work has led to criminal charges against wrongdoers, changes in state law and citations in legal opinions and journals. She was married to the love of her life for 28 years and is now a widow and proud mother of two successful children of good character and work ethic.