Despite complaints from the National Rifle Association and the American Legislative Exchange Council (ALEC) Gov. Bill Lee says he will sign a financial transparency bill into law. (Photo: John Partipilo)

Gov. Bill Lee says he will sign into law legislation requiring dark-money groups that pour cash into political campaigns to disclose their expenditures before elections.

“I think that transparency’s a good idea,” Lee told the Tennessee Lookout recently. “I think that whenever we have transparency into organizations that politically lobby, that’s a good thing, so that’s why I’m in favor of it.”

The governor said he supports the bill in spite of opposition from groups with 501(c)4 federal tax status that vehemently oppose the legislation, including ALEC Action, which urged him to veto the bill two weeks ago. The American Legislative Exchange Council has widespread influence across the nation, putting out model legislation sponsored by conservative lawmakers each year.

“While transparency is a virtue we should always demand of our government, SB1005 is drastic overreach on that effort, all at the expense of free speech in the state of Tennessee,” ALEC Action said in a statement, adding even though the bill is “well-intended,” it “improperly blurs the lines between election transparency and non-political, non-profit activity.”

Opponents of a new campaign finance transparency measure include Americans for Prosperity, the American Legislative Exchange Council and the National Rifle Association. Bill sponsor Rep. Sam Whitson, R-Franklin, said the legislation might have “hit too close to home.”

Supporters of the legislation, however, argued that the bill would apply only to expenditures by 501(c) groups when they spend a total of $5,000 on an election within 60 days of the vote.

Americans for Prosperity—Tennessee also was a vocal opponent of the legislation during the final days of the legislative session, arguing that lawmakers are putting more restrictions on advocacy groups while continuing to benefit from taxpayer-funded mailers up to a month before elections.

“We didn’t like the Legislature keeping a 30-day window for themselves while making issue advocacy organizations adhere to a 60-day window (without jumping through additional hoops),” AFP-TN State Director Tori Venable said in a statement to the Tennessee Lookout.

The 30-day window for lawmakers refers to the limitation for sending taxpayer-funded mass mailings to lawmakers’ constituents.

New rules aren’t expected to impact AFP-TN much, though, other than the timing for sending out a report on lawmaker grades.

Americans for Prosperity already has a political action committee called AFP Action, which will be “heavily engaged” this election year, Jernigan said. Yet that didn’t keep the organization from lobbying heavily against the bill.

State Rep. Sam Whitson, a Franklin Republican who carried the legislation for two years at the request of House Speaker Cameron Sexton, said recently the legislation might have hit “too close to home,” causing groups such as ALEC Action to seek a veto.

Much of it requires increased reporting requirements for state lawmakers. For instance, from now on they’ll have to report just about every penny they receive and spend. 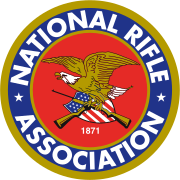 Passing a fish bowl to gather cash at community events won’t be allowed unless they document the donor of every dollar.

People who form political action committees also will be required to show a photo identification, as part of an effort to stop bogus PACs from operating in Tennessee’s government.

“I appreciate Gov. Lee’s support for this important legislation,” Whitsons said in a statement. “His commitment to transparency in campaign finance actions will serve our state well for years to come.”

Part of the legislation also prohibits anyone in the governor’s cabinet from doing consulting work on the side.

But while the ethics reform bill stemmed largely from a vendor scandal within the Legislature, most of the opposition came from 501(c) groups.

The National Rifle Association, in a Monday statement, said its opposition to the bill “has nothing to do with genuine election advocacy, which the NRA already does.”

“We oppose HB1201 because it redefines election advocacy communications to such a degree that a simple 10-minute radio interview during which a candidate is casually mentioned could trigger unprecedented disclosure requirements. That’s why dozens of non-profits have joined the NRA to oppose this bill,” said Lars Dalseide, spokesman for the NRA’s Institute for Legislative Action.

In a letter to the governor requesting a veto of the legislation, ALEC Action Chief Executive Officer Lisa B. Nelson wrote that the legislation could wind up forcing advocacy groups to divulge their donors.

“The right of philanthropists to keep their giving private is a longstanding constitutional protection that should be respected by states,” she wrote.

Nelson explained that ALEC, American Legislative Exchange Council, filed an amicus brief in support of a case before the U.S. Supreme Court case in which it upheld those “principals and privacy protections.”

During its passage, supporters pointed out they amended the legislation to ensure it wouldn’t stop nonprofit advocacy groups from communicating with members in the run-up to an election. Early in the process, they also removed a provision that would have required donors to be disclosed.