Laura Brown stood by a table surrounded by red, white and blue posters with drawings of the U.S. Capitol and a message: “Send a letter to Congress.”

“Hello, would you like to send a letter to the Senate?” she called out.

“I love these things, but people in Congress never seem to hear about them,” Brown said. “This is my bare bones operation to collect letters to our senators and congressmen. I package the letters and send them off.”

Brown was one of more than 1,500 people in Nashville Saturday advocating for stronger gun laws as part of the national March for Our Lives movement.

The group included mothers with babies and young children, student leaders with bullhorns, politicians and those who said they have been protesting for decades.

Angie Jones of Columbia was with one of her daughters and her mother, Beverly Davis of Nashville.

March For Our Lives 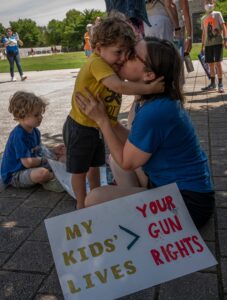 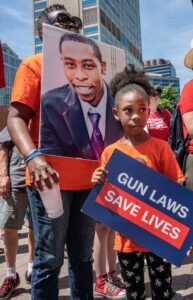 Kali DaSilva, 6, holds a sign at the rally as a relative holds a photo of her uncle, Akilah DaSilva, who was shot and killed at the age of 23 in a 2018 Waffle House mass shooting in Nashville. (Photo: John Partipilo) 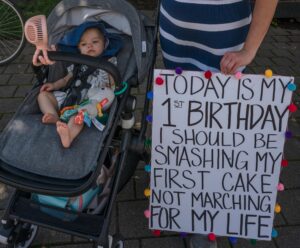 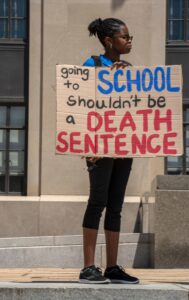 A teen leader of Nashville's March For Our Lives protest stands outside the Metro Nashville Courthouse. (Photo: John Partipilo) 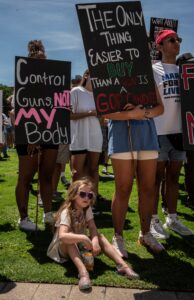 Signs at the March For Our Lives rally featured calls for greater regulation of assault rifles and urged officials to take action. (Photo: John Partipilo)

Sen. Jeff Yarbro, D-Nashville, was among the officials attending the event, as was Sen. Heidi Campbell, D-Nashville and Metro Nashville Councilmember Freddie O’Connell, who is running for mayor in 2023. Also present were Odessa Kelly, candidate for Congress in the 7th District and legislative candidate Justin Jones.

The group listened to speeches from student leaders outside the Metro Nashville Courthouse before marching two blocks to convene at Legislative Plaza in front of the Tennessee Capitol.

March for Our Lives is a student-led movement that was created in 2018 after a mass shooter at Marjorie Stonemason Douglas High School in Parkland, Fla. killed 17 people and injured 17 others. Saturday’s event in Nashville was one of hundreds of marches held across the country as a reaction to recent mass shootings in Uvalde, Texas and Buffalo, New York, among others.

(All photographs by John Partipilo.)

Biden’s State of the Union address by States Newsroom March 1, 2022
Settled into new homes, refugees in US say they are working… by Dulce Torres Guzman June 20, 2021
Glen Casada: The rise and fall of a House Speaker by Sam Stockard January 10, 2022