Dozens of new laws passed in the last session of the General Assembly took effect on Friday, most of which haven’t captured the public’s attention.

There’s little controversy about a law that requires utility companies to provide the estimates of connection fees to potential customers, for instance, for instance, or one that allows defendants for whom bail has been set to pay with a debit card instead of cash.

Other laws, such as one that requires school librarians to classify material as obscene even if it has educational value or the law that creates a misdemeanor for anyone camping on public property, have stirred outcry. Advocates for Tennessee’s homeless population contend the law, which defines camping as erecting tents or tarps under bridges or overpasses and alongside state highways, as targeting houseless Tennesseans.

Gov. Bill Lee said he didn’t approve of the new law and didn’t sign it, saying he wants to look for alternatives to it, but let it become law without his signature.

To protest the new camping law, several hundred people in Nashville marched through the streets of downtown before setting up tents and sleeping  on benches overnight to test it. 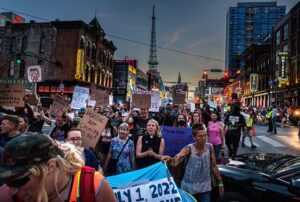 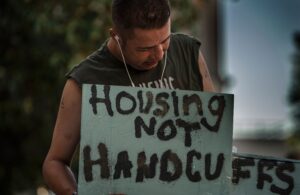 A protester makes his point on a sign, but refused to give his name. (Photo: John Partipilo) 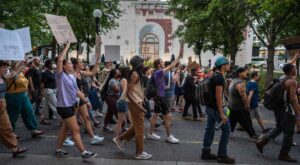 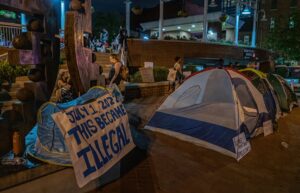 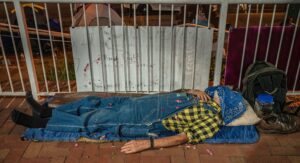 Karl Meyer, 85, sleeps on the sidewalk in downtown Nashville on Friday night, and said he wanted to get arrested. (Photo: John Partipilo)