With abortion ban days away, clinics prepare to close

Over its 48-year history, CHOICES became the first clinic to provide abortions in Memphis, and now it is the last. On Wednesday, the facility’s staff will treat their final abortion patient just ahead of the state’s total ban.

“It’s been a gut-punch. It’s a loss, and there is grief that comes with that,” said Jennifer Pepper, who has been president and CEO of the clinic since last year, but began her career there as a counselor and abortion doula about 25 years ago while an undergraduate at nearby Rhodes College.

The state’s ban on virtually all abortions — formally known as the “Human Life Protection Act” — takes effect Thursday, a measure approved by lawmakers in 2019 in anticipation of the U.S. Supreme Court’s June 25 decision that ended the right to abortion access. Within days of the court’s historic decision, a separate Tennessee law banning abortions after about six-weeks of pregnancy also took effect.

There will not be enough access to meet the need. We're already seeing (out-of-state) clinics booked out three to four weeks.

Planned Parenthood ended abortion services at its clinics in Nashville and Memphis on June 28, but continues to provide reproductive and other care. The Knoxville Center for Reproductive Health, the only abortion provider in the city, announced with “great sadness and regret” on July 11  they would end abortion services and will formally close all operations Aug. 31.

Only three providers are known to have continued providing abortions in Tennessee since the June 25 ruling, operating under the narrow framework of the 6-week abortion ban, which limited abortions before many women even know they are pregnant. A separate waiting period requirement, requiring two visits to a clinic 48 hours apart, further hampered the ability to obtain legal abortions early in a pregnancy. 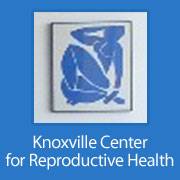 In the weeks since the Supreme Court ruling, CHOICES has provided about one-tenth of the number of abortions it normally would, Pepper said. Last year, the clinic served about 4,000 abortion patients, she said. For the patients it has served, the clinic has ceased charging for the procedure. Many of Pepper’s staff have shifted their focus to case management, answering phones to help patients navigate “where can you get to; where do you have family” to access abortion in other states, she said.

“The truth of the matter is there were never enough abortion clinics,” Pepper said. “There will not be enough access to meet the need. We’re already seeing (out-of-state) clinics booked out three to four weeks.”

CHOICES in September expects to open a new clinic in Carbondale, Illinois, a location Pepper said was selected because it is three hours from both Memphis and Knoxville and along an Amtrak line for those seeking abortions who can no longer obtain them in their home state. Pepper is in the process of hiring staff. Once up and running, the facility will offer abortions, gynecological care, gender-affirming hormone management, HIV testing and referrals, no-cost birth control, midwifery and pregnancy services.

The exact location has not been made public by design, she said.

“With fewer clinics, there’s still the same number of folks who will harass and promote violence,” Pepper said.

In the meantime, CHOICES in Memphis will continue to see other patients, providing gynecological care, birth control, HIV-testing and gender affirming therapy. In 2020. CHOICES opened a birth center at its Memphis facility, offering midwifery services and prenatal care. Those services will continue, Pepper said.

“But this is where I want to be. This is the fight I want to keep fighting. And when abortion becomes legal in Tennessee again, we will be here,” she said, acknowledging that is unlikely to happen anytime soon.

With abortion ban days away, clinics prepare to close