The 113th General Assembly is four months away, and Democrats and Republicans are sparring already. Well,  a more realistic term would be street fighting.

Dixie, who’s no stranger to doling out harsh criticism of House Republicans and Gov. Bill Lee, says colleagues on the other side of the aisle are handling authority no better than they did under House Speaker Glen Casada when his henchmen were using “bill kill lists” and hammering lawmakers for refusing to kiss the ring.

Dixie, a Nashville Democrat, even goes as far as to accuse Sexton and other Republican leaders of bias, racism and bigotry.

“They have never had to deal with a Black man as their equal,” Dixie says.

The one-term chairman claims Sexton and other GOP leaders dismiss him and treat him differently than they did former Democratic Caucus Speaker Mike Stewart.

“Let them show me through their policies they aren’t racists,” Dixie says.

Dixie’s main contention is that after he sent out a fundraising email accusing majority Republicans of corruption, including awarding their friends no-bid contracts and helping Hillsdale College get a foothold in Tennessee as a charter operator, House Republican Caucus Chairman Jeremy Faison threatened to undermine all Democratic legislation, killing it in committee before it could reach the House floor.

Faison’s email to House Republicans says, “I want you to know this; Vincent and his caucus are choosing to lie in order to raise money against our members. I want you to see this email from Vincent so you will remember it when the Democrats need ‘help in committee.’ We have always tried to be better to the minority party than they were to us when we were in the minority, and that kindness should not be abused.”

Speaker Sexton also fired back at Dixie in a Thursday interview, saying he made blanket statements about the Republican supermajority that are “total lies” in two fundraising emails.

“I would suggest the Democrat Caucus figure out if they need him in that position because he represents their entire caucus,” Sexton said, adding Dixie doesn’t get a “free pass” as caucus chairman.

Sexton notes that Dixie sent out another fundraising email that talked about the bribery and kickback charges against former House Speaker Casada and called it a “reflection” of leadership in the Tennessee GOP, further claiming that the state has gotten nothing from Sexton but “no accountability and complacency.”

Sexton contends he was anything but “complicit” in failing to hold people in the House accountable. He cooperated with the FBI in its probe of Casada and former chief of staff Cade Cothren and sponsored legislation this year to reform legislative ethics. The House speaker also points out the Legislature doesn’t approve no-bid contracts alluded to by Dixie.

In one of his fundraising emails, Dixie accuses GOP lawmakers of using their elective office “to approve payments using taxpayer dollars to make themselves and their friends rich.”

Dixie will always use the race card. . . (his) problem is he's an ineffective leader.

Says Sexton, “I think those are lies. And he’s done it twice.”

The House Speaker says he will watch the Democratic Caucus’ fall election, and if Dixie remains chairman, that means the caucus agrees with his statements.

As for Dixie’s more pointed statements about racism and bigotry among House GOP leadership, Sexton says, “Dixie will always use the race card. He’s used it multiple times, and that is not true. And it’s offensive that he would even say such because I don’t even think members of his caucus would agree with him on that.

Dixie’s problem is he’s an ineffective leader and he wants to burn bridges. And if he wants to act like he’s a congressman, then he needs to go to Washington, D.C., and not serve in the General Assembly, ’cause that’s how he’s acting and we’re not gonna have it in Tennessee.”

Since the murder of Eliza Fletcher last week and the shooting deaths of four Memphians, Sexton has said the alleged killer wouldn’t have committed the crime if Tennessee had required violent offenders to serve 100% of their sentences. He and Lt. Gov. Randy McNally passed legislation this year – in spite of opposition from Gov. Lee – to require full sentences for the most violent of crimes and 85% for a handful of other crimes such as aggravated kidnapping.

Contending longer sentences won’t stop crime, Dixie introduced a plan Thursday to provide full funding for the Tennessee Bureau of Investigation. Earlier this year, the TBI requested 50 more forensic scientists and more lab technicians and administrative assistants but received funding for only about half of those positions.

On one item, Sexton and Dixie can agree: Tennessee Bureau of Investigation testing of rape kits shouldn’t take six months to a year to process: Sexton says he has no problem increasing funding for TBI.

Dixie says if TBI had gotten the money it needed, the state’s rape kit stockpile wouldn’t be backlogged for months and Henderson would have been arrested for a previous rape he allegedly committed, averting the kidnap and murder of Fletcher.

Sexton says he has no problem with increasing funding for the TBI, noting he wants to “provide the resources for TBI to get the job done” and bring down the turnaround for rape kits to 30 days or less.

“For it to take six months to 12 months is atrocious,” he says. “I don’t think anybody finds that acceptable.”

But even though Dixie is a bail bondsman, Sexton says it’s apparent he has never spoken to a police officer, because law enforcement would tell him they keep arresting the same people over and over again.

Thus, it’s not shocking to see Sexton refuse to allow a summer study committee on Dixie’s bill that would change the loss of a felon’s voting rights to a temporary suspension and restoration upon release from prison and probation or parole. Dixie’s office requested summer hearings on the matter and got no reply from Sexton’s office.

Sexton contends that piece of legislation “comes from the playbook on soft on crime.”

Dixie, in contrast, calls Republicans’ handling of TBI funding “shameful and weak,” especially when the Lee Administration is sitting on a $1.8 billion rainy day fund. A rape kit crisis bill sponsored by Rep. Antonio Parkinson, D-Memphis, and former Senate Majority Leader Mark Norris, R-Collierville, several years ago was deep-sixed because of its price tag, he says.

“Gov. Lee even gets raked on Fox News for being soft on crime,” Dixie adds. A Fox commentator said last week that Lee is ineffective and needs to go for his refusal to support truth in sentencing.

More logs on the fire

State Rep. Tim Rudd, in response to a letter from Nashville attorney Keeda Haynes about Dixie’s felon voting bill, notes the legislation was sent to “Sumner [sic] Study” and that “Summer Study’s still must be requested by the bill sponsor to the Speaker’s office.”

“Rep. Dixie’s highly partisan attacks against the Speaker and Republican Leadership does not help matters. I suggest you contact Rep. Dixie about requesting an official Summer Study,” Rudd writes.

The response: Gov. Lee doesn’t have time in the foreseeable future, but we’ll let you know.

Dixie might be able to win some friends with honey instead of vinegar. But when asked questions, he gives a brutally honest answer, and, really, there’s nothing new about Democrats and Republicans duking it out.

The same is true for Sexton. He speaks his mind while the governor typically tiptoes through the tulips looking for land mines.

Let’s be honest: Besides the Yes on 3 campaign to eliminate slavery from the Tennessee Constitution, House Republicans and Democrats don’t agree on much, except when they’re hungry and someone buys pizza: They all gladly gorge.

Knoxville resident Dean Fox is suing Rep. Faison, claiming he was “impermissibly blocked” from engaging on the rep’s official Facebook page after posting a critical comment.

Fox, who used to work at The Daily News Journal in Murfreesboro, apparently made a reference to $25,000 in federal funds Faison received through the Paycheck Protection Plan during the COVID-19 pandemic. Fox made the comment after a back-and-forth between Faison and a commenter named Ray Barnes about his work ethic. Faison owns Rocky Top Pet Control and received $23,875 in PPP money. 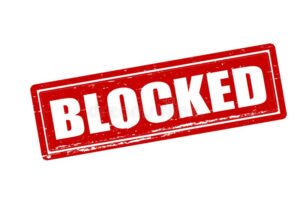 The Vanderbilt Law School First Amendment Clinic, which is representing Fox, sent a letter to Faison in October 2021 informing him that banning Fox from commenting on his page violated the First Amendment. Faison didn’t reply to that or to follow-up messages.

Fox is seeking an injunction ordering Faison to unblock him and to stop deleting comments protected by the First Amendment on his official state representative social media accounts. He also seeks an award of costs and attorneys’ fees.

Faison did not respond to a request for comment.

(Writer’s acknowledgement: Fox is a former coworker of mine at The DNJ, but I haven’t talked to him in at least a decade.)

The show must wait

Dadgummit, we have to wait a full year for the “truth” to come out, which is what Cothren said when he was escorted from the federal building in August.

Casada, who was bounced from the speakership after only seven months, and Cothren, who was fired amid a sexist and racist texting scandal in an effort to save Casada’s hide, are charged with bribery, money laundering, misuse of federal-related funds and a host of other illegal actions.

According to federal documents, Casada schemed with former Rep. Robin Smith, who has already pleaded guilty in the matter, to steer Republican House members to do business with Cothren’s phony vendor, Phoenix Solutions, which he secretly ran under the name “Matthew Phoenix.” Cothren gave them kickbacks in return.

The House Republican Caucus also did tens of thousands of dollars worth of business with Phoenix Solutions, but that is not part of the indictment.

The Registry of Election Finance, which isn’t known for hammering people over the head, issued notices to a handful of folks recently telling them they have to explain why they failed to file campaign finance reports on time.

Among the decisions, the Registry board took no action on a barely-late filing by former Rep. John DeBerry, who now works as Gov. Lee’s adviser, no action on former Rep. Andy Holt, who works as an assistant commissioner in the Department of Agriculture, issued a show-cause for former Rep. Martin Daniel, who was more than two months late on a filing, and issued a show-cause for Maury County Mayor Andy Ogles, who failed to file a report on time in his county race.

That means Ogles was not only late in filing campaign finance reports with the state, he was tardy in paying Williamson County taxes several times and late in filing a report this year with the Federal Election Commission, one that showed he raised a lot less money than he said initially.

Are we starting to see a pattern?

Reporters only wish they could miss that many deadlines without getting fired.

“If wishes were horses/ then dreamers would ride.”

Biden’s State of the Union address by States Newsroom March 1, 2022
Glen Casada: The rise and fall of a House Speaker by Sam Stockard August 23, 2022
On the record with Metro Nashville Public Schools board… by Dulce Torres Guzman July 28, 2022