The plans, not yet publicly disseminated, have raised concerns about environmental impact of disturbing the site

Stagnant water on the site of a former Monsanto plant in Maury County. (Photo: John Partipilo)

As Middle Tennessee rapidly runs out of places to dump its trash, one company is eyeing a possible alternative in Maury County, just outside the city limits of Columbia, Tenn.

The proposal by Trinity Business Group would bring a massive set of operations to the rural area: a tire shredding facility, construction and municipal waste processing plants and an incinerator that would burn non-recyclable materials to generate electricity.

But the plans, submitted to state environmental regulators in June, have received no public scrutiny – or notice to the surrounding community that would be impacted by 18-wheeler traffic, construction, potential air and water quality hazards and the large-scale physical plants necessary for such an operation.

The proposed site of the operation raises other concerns for local residents: for decades the Monsanto Chemical Company mined phosphorous, produced fertilizer and — for a time — manufactured chemical warfare agents for the U.S. government at the 5,300 acre location. “These activities resulted in stability issues and the generation and placement of contamination across the site,” state regulators have noted. The property is now home to a Superfund site, a designation given by the federal government to property containing hazardous substances.

“There’s been no communication about what’s being planned out there,” said Gale Moore, a longtime Maury County resident.

The company’s plans  are outlined in its June permit applications to the Tennessee Department of Environment and Conservation (TDEC). The proposal comes as Middle Tennessee landfills are nearing the end of their lifespans, and city and county officials, and private companies, cast about for alternatives.

Southern Services landfill in Nashville announced in July it would soon cease accepting waste, after it met with fierce opposition in its efforts to expand. The landfill had served as a critical dumping site for construction and demolition debris generated by more than a decade of growth in Nashville and surrounding suburbs. 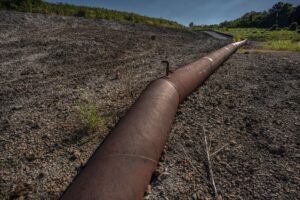 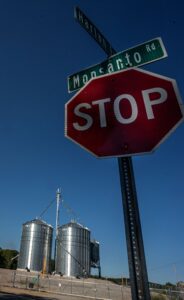 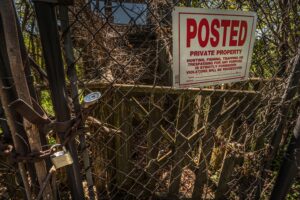 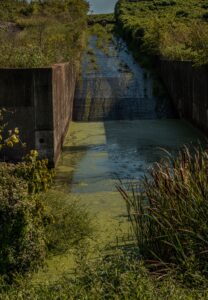 The area has been highlighted by the Audubon Society for attracting migratory and other birds. (Photo: John Partipilo)

Similarly, Middle Point Landfill in Murfreesboro, which accepts household trash from about one-third of all counties in Tennessee, is involved in a protracted dispute with local officials and residents over a plan to expand its footprint – and extend the life of the landfill. Without an expansion, Middle Point operators say the landfill’s life is limited.

The Maury County property lies between the Duck River and Williamsport Highway, surrounded by fences with padlocked gates and signs warning passers by to “keep out.” It has lain largely undisturbed since Monsanto permanently closed in 1989.

Kudzu vines blanket trees and land visible from the road, and large retaining ponds originally built to capture runoff from chemical operations remain; the area has been highlighted by the Audubon Society for attracting migratory and other birds.

Underneath the site lie unknown quantities of industrial waste, byproducts of the Monsanto operations, which preceded the existence of the Environmental Protection Agency – and its regulations regarding toxic waste disposal.

Underneath the site lie unknown quantities of industrial waste and the Environmental Protection Agency has designated a Superfund site on the property — designations given to property containing substances harmful to humans for generations.

The company’s overall plan includes accepting large amounts of trash from municipalities and developers from multiple counties, similar to the Middle Point and Southern Services landfills.

But unlike rules and regulations for establishing landfills, the permits sought by Trinity Business Group require no extensive public notice. The company is seeking to create waste processing facilities, where trash is sorted and recycled materials will be salvaged. The remainder will be incinerated. The company has not yet submitted a permit application outlining any potential impact on air quality.

Columbia Mayor Chaz Molder said he was unaware of the plans for the Monsanto site. Andy Ogles, until recently the Maury County Mayor, did not respond to a request for information, and his success0r, County Mayor Sheila Butt, was out of town Friday, a staff member said.

Correction: A previous version of this story misstated the number of Superfund sites located on the former Monsanto Chemical Company’s property in Maury County. There is one.