Sterilization Services of Tennessee in South Memphis is at the center of an Environmental Protection Agency investigation. The EPA is warning people who live near medical sterilizing plants about potential health risks from emissions of ethylene oxide (EtO), a chemical widely used in their operations. (Tennessee Lookout/Karen Pulfer Focht)

Leona Golster loves her home in South Memphis, but sometimes it’s hard for the 78-year-old to breathe on her front porch.

Every now and then, the wind blows the smell of chemicals from the Sterilization Services of Tennessee, a facility that uses ethylene oxide (EtO) to sterilize equipment for businesses throughout Tennessee.

“Smells like they’re burning something,” she said, pointing to the building less than a mile away from her home.

For the past few decades since the facility moved into her community, Golster has gone inside to escape the smell or wore a mask to sit outside.

Not much was known about EtO when the SST facility was founded in 1976, and the Shelby County Health Department’s air program granted the facility permits to operate in 1985. And while SST is following the U.S. Environmental Agency’s current rules and regulations, officials have since learned that a lifetime of exposure to EtO, a known carcinogen, could lead to long-term health impacts should current emissions continue.

Once, the smell bothered her, but “not like it used to,” she said.

She loves her home, a one-story brick house. She moved into this house in the 1960s after marrying a man she met at a club.

She raised her children there, three of whom are now deceased. Her two oldest daughters died from health complications as adults.

“She never did stop working,” she said of her second-oldest daughter.  “We went to church, that Sunday she came home and died that evening. I gave her to the Lord, I said there ain’t nothing I can do, that’s God’s doing.”

Her youngest daughter died of pneumonia at four years old.

And since her husband died from a work-related accident seven years ago, Golster has lived alone, enjoying the quiet, seemingly abandoned neighborhood. Many houses are in disrepair, while others have been gutted.

Since becoming aware of new information on EtO, the EPA announced outreach efforts to the communities living near the SST facility to inform them of the dangers in constant EtO exposure. EPA officials plan on meeting with residents on Oct. 18.

About 292 households are located near the facility, according to the Memphis Community Against Pollution. Although the EPA is supposed to be doing outreach to the neighborhood, MCAP volunteer Angela Johnson found few residents that knew about EtO or the EPA’s current involvement.

As for Golster, she is often annoyed by calls asking to purchase her house, which she intends to live in for as long as she can.

“I stay to myself. I’ve been here for a long time. Nobody bothers me,” she said.

The toxic effects of EtO

EtO, a colorless and flammable gas, has long been used to make other chemicals and products like antifreeze and plastic bottles, as well as sterilizing medical equipment and some spices to prevent contamination from bacteria and viruses, according to the EPA. And while EtO emissions at permitted levels today were not considered dangerous, studies have since shown that a lifetime of exposure could lead to long-term health impacts, including elevated cancer risks.

Breathing air containing EtO is the main method of exposure, since it is unlikely to remain in food or remain dissolved in water long enough to be eaten.

As a known human carcinogen, studies found that years of exposure to EtO could lead to non-Hodgkin lymphoma, myeloma and lymphocytic leukemia. For women, long-term exposure increases the risk of breast cancer.

Growing up around EtO can lead to devastating effects for children.

Studies have shown that as children’s bodies develop and grow, they are much more susceptible to the toxic effects of EtO. As a mutagenic, EtO can damage DNA and can lead to long-term neurological effects.

And since children are likely to play outside more often than adults are outside, they are more exposed to EtO, said Courtney Roper, Assistant professor of environmental toxicology at the University of Mississippi.

Since the EPA is now investigating the negative impacts of EtO, changes in regulations may follow. The EPA announced its intentions to propose strengthening current regulations around EtO while taking into account risk to those exposed.

But this could take years, said Roper.

“It’s not going to be like, ‘Oh, tomorrow you have to change this” even when regulations are in place, since facilities are given a set amount of time to kind of get into compliance,” she said.

And while some facilities across the country are already working to reduce EtO levels and working with local and state health departments, said Roper, SST has not indicated it will do the same.

An SST spokesperson offered no comment at this time.

So you live near a toxic chemical plant, now what?

The larger picture of course, said Roper, is how environmental racism remains a factor in South Memphis.

Memphis, a majority-minoritycity, has for decades carried the burden of housing area industries emitting pollution.

Critics of the Byhalia pipeline accused the developers of following a playbook for environmental racism by targeting Black neighborhoods that seemingly lacked the political power of wealthier, primarily white areas.

Although plans for the  Byhalia Pipeline were withdrawn, the environmental justice movement drew attention to the repeated pattern of industries producing pollutants operating in low-income, predominantly Black neighborhoods.

In Memphis there are 66 facilities contributing to cancer rates four times higher than the national average, with half located in South Memphis, according to the Energy News Network.

The area also has high asthma rates, has been deemed a hotspot for air pollution, and has received a failing grade in terms of air quality from the American Lung Association.

The SST facility is among those polluting factors, and while the EPA is currently conducting community outreach and planning to inform residents about the dangers of EtO exposure, it did not indicate what other actions will be taken beyond changes in regulations.

Once residents are made aware, the low-income community will most likely be unable to leave their homes to avoid further exposure.

“That’s the environmental justice aspect of situations like this, where individuals that don’t have the desire or ability to move from being near that facility are kind of like ‘Well, I live by a facility that may be causing cancer,’” said Roper.

“So it’s definitely a challenge and there are no resources that I am aware of in place to support something like individuals moving after getting notice of this. It’s more on a federal side of just letting people know of the situation than tangible funds to change it,” she added. 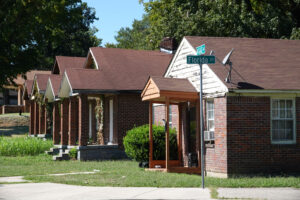 Houses near Sterilization Services of Tennessee at 2396 Florida Street in South Memphis is at the center of an Environmental Protection Agency investigation. The EPA is warning people who live near medical sterilizing plants about potential health risks from emissions of ethylene oxide (EtO), a chemical widely used in their operations. (Tennessee Lookout/© Karen Pulfer Focht) 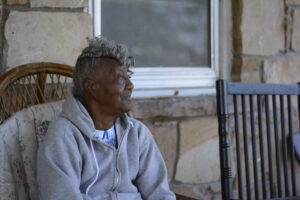 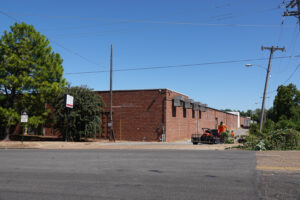 Sterilization Services of Tennessee at 2396 Florida Street in South Memphis is at the center of an Environmental Protection Agency investigation. The EPA is warning people who live near medical sterilizing plants about potential health risks from emissions of ethylene oxide (EtO), a chemical widely used in their operations. (Tennessee Lookout/© Karen Pulfer Focht)

And right now, the SST facility is in compliance with federal and state regulations, “so there’s no way to enact an expectation that they pay people to move,” she said.

Without changes in regulations, consistent pressure from community groups could enact swifter change. MCAP members and volunteers are currently enacting their own outreach efforts in South Memphis to alert neighbors. Roper has been collaborating with MCAP in learning more about the effects of EtO.

Memphis officials and the Shelby County Health Department are also working to alert residents and collaborating with the EPA.

“Shelby County Health Department has requested a cancer incidence study of the area surrounding the Sterilization Services of Tennessee facility from the Tennessee Department of Health to identify any higher-than-expected cancer rates among the population in that community,” said spokesperson Joan Carr, urging concerned residents to attend the EPA’s public meeting on Oct. 18.

A home near a polluting plant is still a home

Although Golster was unaware of the negative effects simply by living near pollution, she doesn’t plan on leaving any time soon.

Most recently she celebrated her 78th birthday and her grandson paid for her nails to be done. She proudly sat on her porch next to empty chairs, showing off her brightly colored nails and braided hair.

Her 11 grandchildren often come by for a visit, so she is not often alone.

“They some booga bears too,” she said.