The year in photography

A pensive Rev. James Lawson at Vanderbilt University in May. (Photo: John Partipilo)

Dr. Jason Martin, the Democratic nominee for governor, was at a few Shelby County site on Tuesday. Politicians and voters head to the polls Tuesday, Nov. 8, 2022, in Memphis, Tenn. (Photo By Karen Pulfer Focht/ Tennessee Lookout) 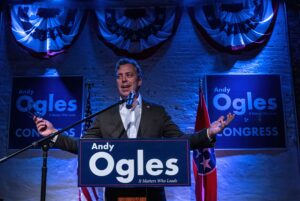 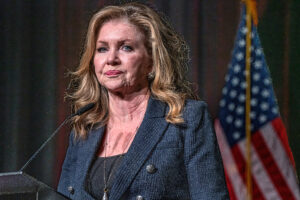 Sen. Marsha Blackburn speaking at The Factory in Franklin on November 7 during a campaign rally for Gov. Bill Lee. (Photo: John Partipilo) 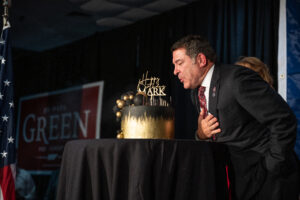 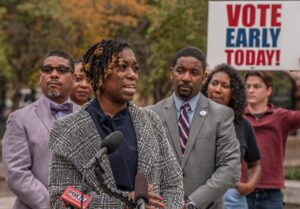 Democratic Sen.-elect Charlane Oliver, said "It shouldn't be this hard to vote in Tennessee," at a November 2 press conference to protest a voting snafu in Davidson County. (Photo: John Partipilo)

The Civil Rights Movement has a long history in Tennessee, from Nashville’s lunch counter sit-ins of the early 1960s to the 1968 garbage strikes in Memphis that culminated with the assassination of Rev. Martin Luther King. Two leaders of the early Movement returned to Nashville in 2022, revisiting sites central to their activism. Rev. James Lawson, who studied the principles of nonviolent protest under Mahatma Gandhi in India before in turn teaching them to students at Fisk University, Tennessee State University and American Baptist College, came to Vanderbilt University for the launch of an institute established in his name. Lawson was expelled from Vanderbilt Divinity School in 1960 for his activist. 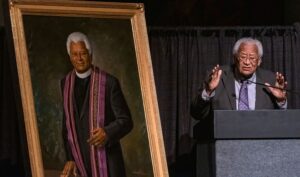 Rev. James Lawson, who was expelled from Vanderbilt University Divinity School in 1960, speaks at the unveiling of a his portrait at Vanderbilt in March 2022. (Photo: John Partipilo) 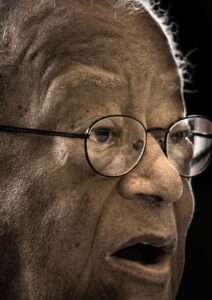 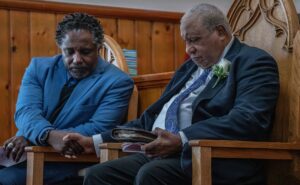 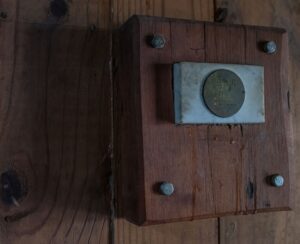 The plaque on the front door of the late Rev. Will Campbell's Mt. Juliet writing cabin reads, "Thar he," the words spoken by the uncle of Emmitt Till in a Mississippi courtroom to identify the boy's murderers. (Photo: John Partipilo) 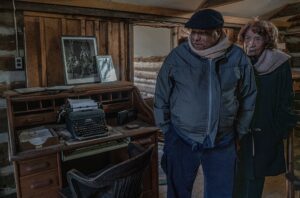 Bernard and Kate Lafayette in the "writer's cabin" on the farm of the late Rev. Will Campbell, a white Southern Baptist minister active in the civil rights movement. (Photo: John Partipilo) 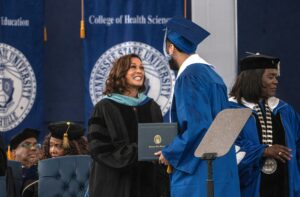 Vice President Kamala Harris presenting a diploma to a graduate of Tennessee State University in Nashville on May 7. (Photo: John Partipilo) 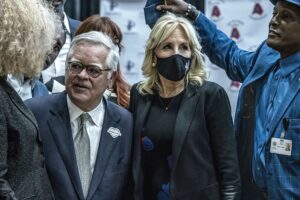 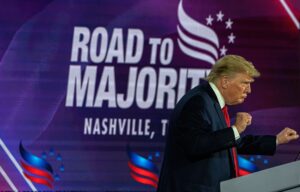 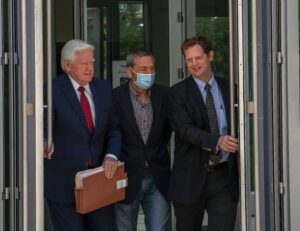 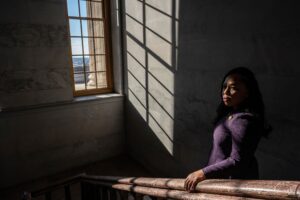 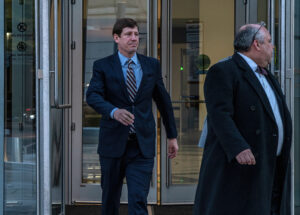 The year in photography