Tennessee Gov. Bill Lee was sworn into his second term of office in Nashville on Saturday, touting his first term achievements in education, health care and rural economic development while calling out critics for “toxic incivility.”

“Tennessee is leading the nation, and it’s good that we reflect on that and celebrate it,” said Lee early in his 20-minute speech.

Among what Lee termed accomplishments were a controversial Medicaid waiver, the first in the nation. Tennessee gained approval for the block grant, which replaces an Obama-era Medicaid expansion, just days before then-President Donald Trump left office in 2020.

Lee also cited the creation of the Tennessee Investment in Student Achievement, a new education funding formula that starts state funding at the same amount for each child and adds money based on individual needs from economic disadvantages to disabilities.

Lee noted the attraction of the massive Ford Blue Oval City to rural West Tennessee, saying “Tennessee is proof that the state with the workers will win every time.”

After reciting a portion of Theodore Roosevelt’s “Man in the Arena” speech, which begins with the words, “It is not the critic who counts, nor the man who points out how another man stumbles,” Lee took aim at those who have criticized his job performance.

“Yeah, we will have critics – critics who thrive on toxic incivility and divisiveness . . . We should never believe differences are a platform for demonization, or that one man has any greater value than another,” he said.

The governor briefly stated what his priorities might be for his coming term in office, making a thinly-veiled reference to chronic problems in the Tennessee Department of Children’s Services — where lack of staff and an insufficient number of foster homes have led to children being forced to sleep on the floors of state office buildings — noting the need to “protect children in our custody and in our state with a better foster care and adoption process.”

Other priorities Lee gave were the creation of a transportation strategy and efforts to conserve Tennessee’s environment.

Despite his claims of success, Lee’s first term was marked by controversy over several of his initiatives. 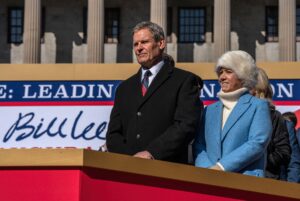 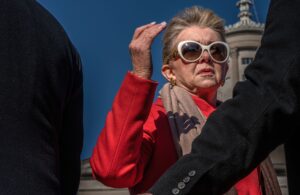 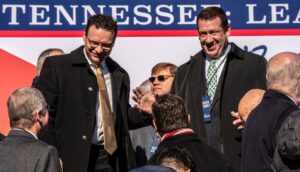 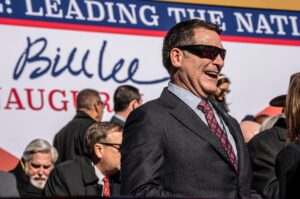 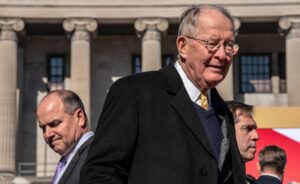 In July, the Centers for Medicare and Medicaid Services ordered state leaders to modify the Trump-approved block grant, requiring the state to add dental coverage and forbidding TennCare — Tennessee’s healthcare program for the state’s neediest residents — from cutting coverage for expensive drugs deemed necessary by doctors.

A school voucher program barely passed in a 2019 legislative vote marked by allegations of bribes offered by former House Speaker Glen Casada, who has been indicted on federal charges related to another issue. Legal challenges to the Educational Savings Account program, which provides state funds to families to use to pay for private schools, were settled in November.

Lee is slated to give his State of the State address on Jan. 30, at which he is expected to expound further on his second term priorities.