The Nashville Justice League, which is comprised of The Equity Alliance, TIRRC Votes and the Central Labor Council of Middle Tennessee, sponsored “Fight Back, Stop These Maps!” at the Tennessee Capitol. 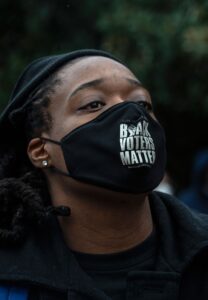 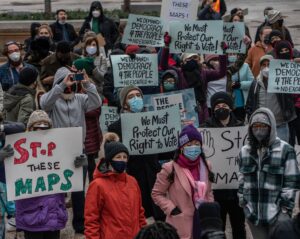 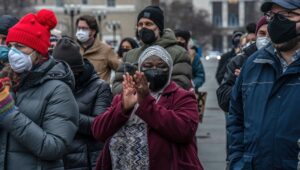 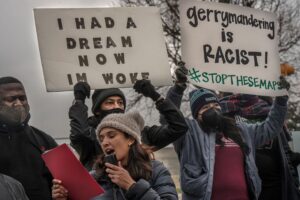 Lisa Luna, executive director of the Tennessee Immigrant and Refugee Rights Coalition, in white hat. TIRRC was one of the organizations sponsoring the event. (Photo: John Partipilo) 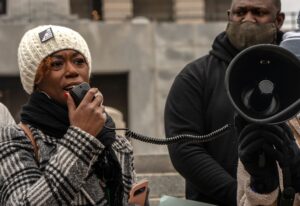 Charlane Oliver, co-executive director of The Equity Alliance, speaks about the need to push back on gerrymandering. (Photo: John Partipilo)

On Wednesday, legislative leaders unveiled maps of new Tennessee congressional districts that showed Nashville’s 5th District will be carved up into three parts. In a statement, the Nashville Justice League said: “It is clear that with the maps presented the goal is to dilute the minority voting and political power in Davidson County specifically. The proposed redistricting maps presented by the TN GOP break the minority vote in Davidson country upwards of three ways diluting the political power and eliminating fair representation for Black and brown voters.” 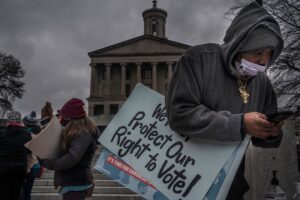 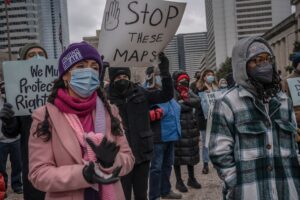 Speakers at the protest take their places. (Photo: John Partipilo)

Biden’s State of the Union address by States Newsroom March 1, 2022
Settled into new homes, refugees in US say they are working… by Dulce Torres Guzman June 20, 2021
Tennessee's anti-LGBTQ bills supported by national… by Abby Lee Hood May 20, 2021