“I have specific concerns about splitting McFerrin Park between Districts 5 and 6,” said Vollrath, who served as president of the McFerrin Park Neighborhood Association in 2018-19. “There are obvious logistical concerns about splitting the district between two councilmembers . . . but it also reminds me of the history of North Nashville, where (officials) used highways to dilute political power.”

Vollrath alluded to the construction of Interstate I-40 through North Nashville in the late 1960’s.

Redistricting is always a thorny issue and attention often focuses on congressional and state legislative districts. But Nashvillians are paying close attention to the process, which could change their council and school board representation.

The first draft of Metro Council maps based on the 2020 U.S. Census showed population shifts that — Planning Department staff members said — necessitate a redrawing of the current districts. But to residents like Vollrath and several incumbent council members, the updates make no sense.

“My biggest concern, and it’s not just my district but with others they’ve redrawn, is they take no concern in carving up communities,” said District 13 Councilmember Russ Bradford. Bradford was elected to serve the Donelson area near Nashville International Airport in 2019. “I’m concerned you’re going to end up with neighborhoods losing representation because of how the districts are drawn.”

“Council Members have formed relationships, and we want to treat elected officials carefully,” Claxton said. “As much as we try to keep neighborhoods, we sometimes have to snake a line through a neighborhood and an area is now divided.”

“I’m interested to hear the justification or reasoning behind moving the East Bank and River North from East Nashville council districts,” said Sean Parker, who has represented East Nashville’s District 5 since 2019. “Those areas don’t have any population right now and aren’t contributing to the district council population.”

Despite concerns about balancing racial and ethnic populations to guarantee representation, Claxton said redistricting must conform to the Voting Rights Act of 1965 so as not to dilute minority representation.

Metro Schools Board districts are also in the redistricting process, and must similarly conform to the Voting Rights Act, maintain populations of interest and balance population. The largest change may be an effort to ensure school clusters aren’t split between school board members as is sometimes the current case.

Metro Planning is holding several public meetings to provide the opportunity for public comment and Claxton said new drafts will emerge from the process. The Planning Commission is expected to begin reviewing final drafts for adoption by mid-November and adoption by Metro Council in January.

“At the end of the day, I’m concerned about what or if any changes occur,” said Bradford. “I understand I won’t end up with the exact district I have now but I want to see changes that are cohesive or consistent.”

The first draft of council districts can be seen online. A comprehensive review of districts is also available. 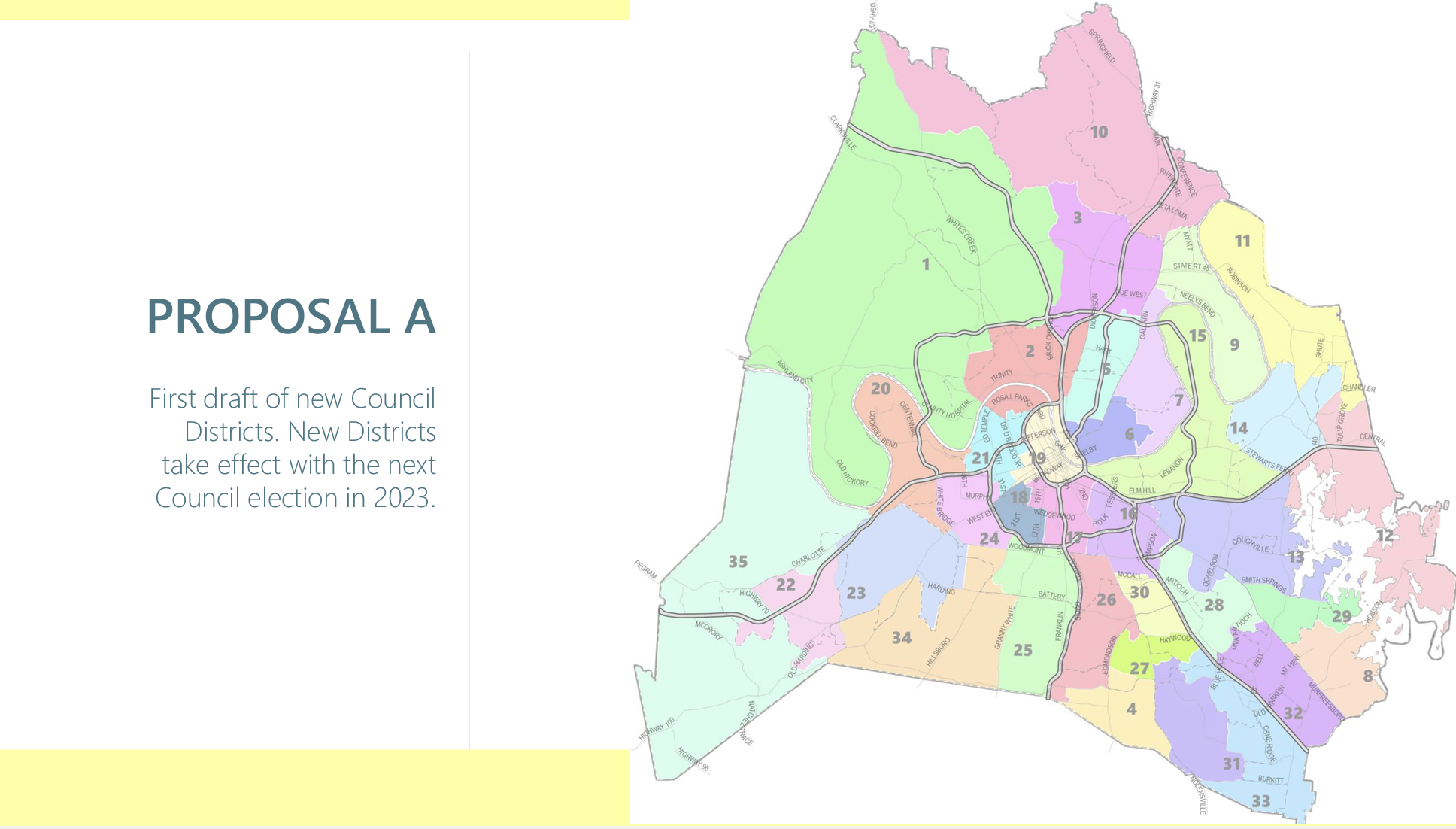 On the record with Metro Nashville Public Schools board… by Dulce Torres Guzman July 28, 2022
Biden’s State of the Union address by States Newsroom March 1, 2022
The vision thing by Bruce Barry September 6, 2022