The exterior of the Tennessee Immigrant and Refugee Rights building. (Photo: John Partipilo)

The last few years were a difficult time for many immigrants and refugees living under the Trump Administration, but immigrant-rights advocates worked to combat state and federal political policies aimed at immigrant families. Working out of Conexión Americas’ Casa Azafran, TIRRC’s staff moved quickly to meet the legal needs of a vulnerable community. In a few years, TIRRC outgrew their office space and decided they needed their own building.

TIRRC is a state-wide organization, but there’s a particular reason they chose the Antioch neighborhood of South Nashville to be their new home. Immigrants, refugees and new Americans are scattered throughout Tennessee, but Nashville is home to 139,703 immigrants, according to the New American Economy, making it the largest immigrant community in the state.

While researching locations for their headquarters, then-director Stephanie Teatro and her team pulled data from Metro Nashville Public Schools and learned that Antioch is the area the vast majority of Middle Tennessee immigrants call home.

With that in mind, they then reflected about what the community needed. TIRRC officials noticed that compared to other Nashville neighborhoods, Antioch had fewer nonprofits, public art and  green spaces for families. 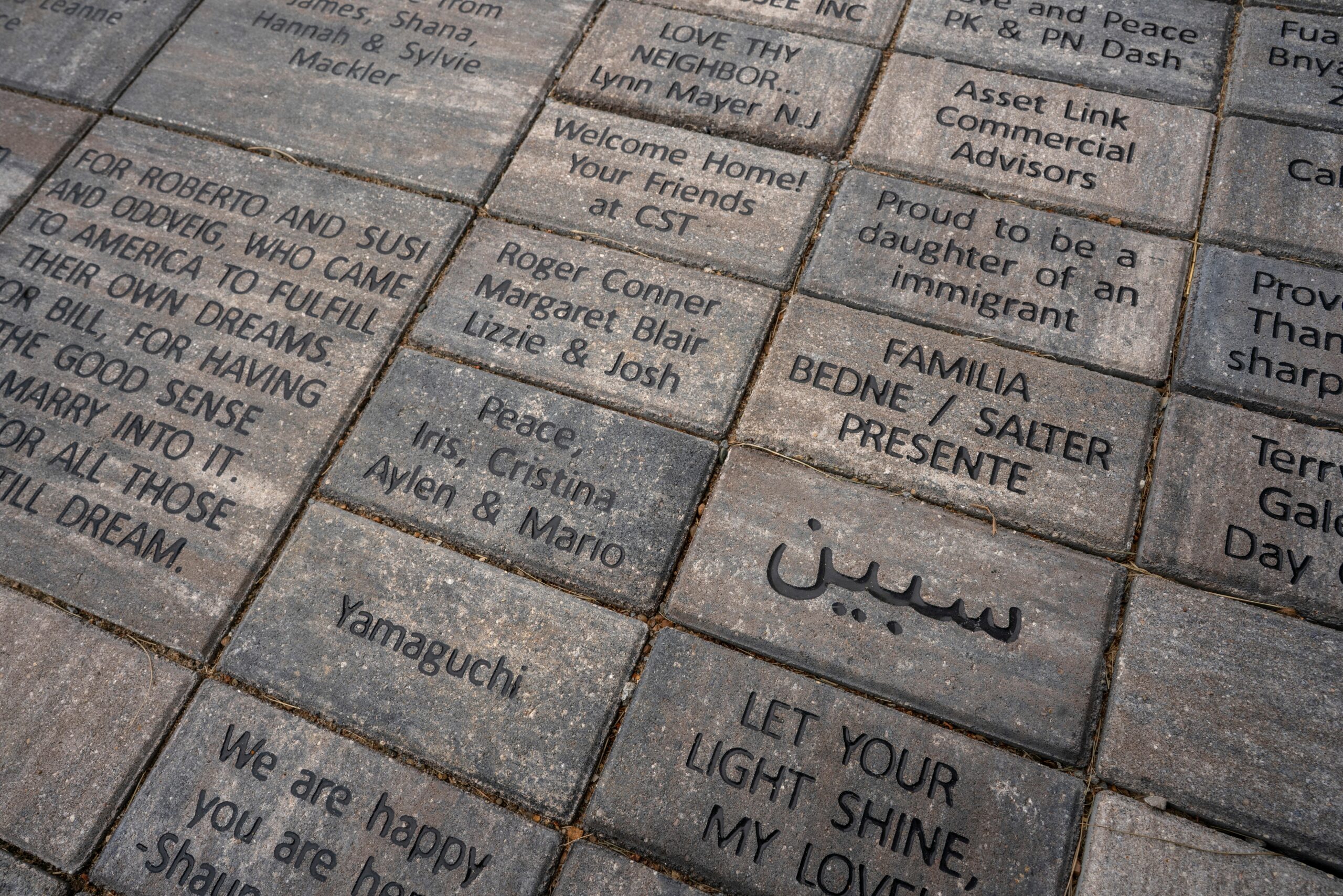 Engraved pavers outside the building were purchased by TIRCC supporters to contribute to the new building. (Photo: John Partipilo) 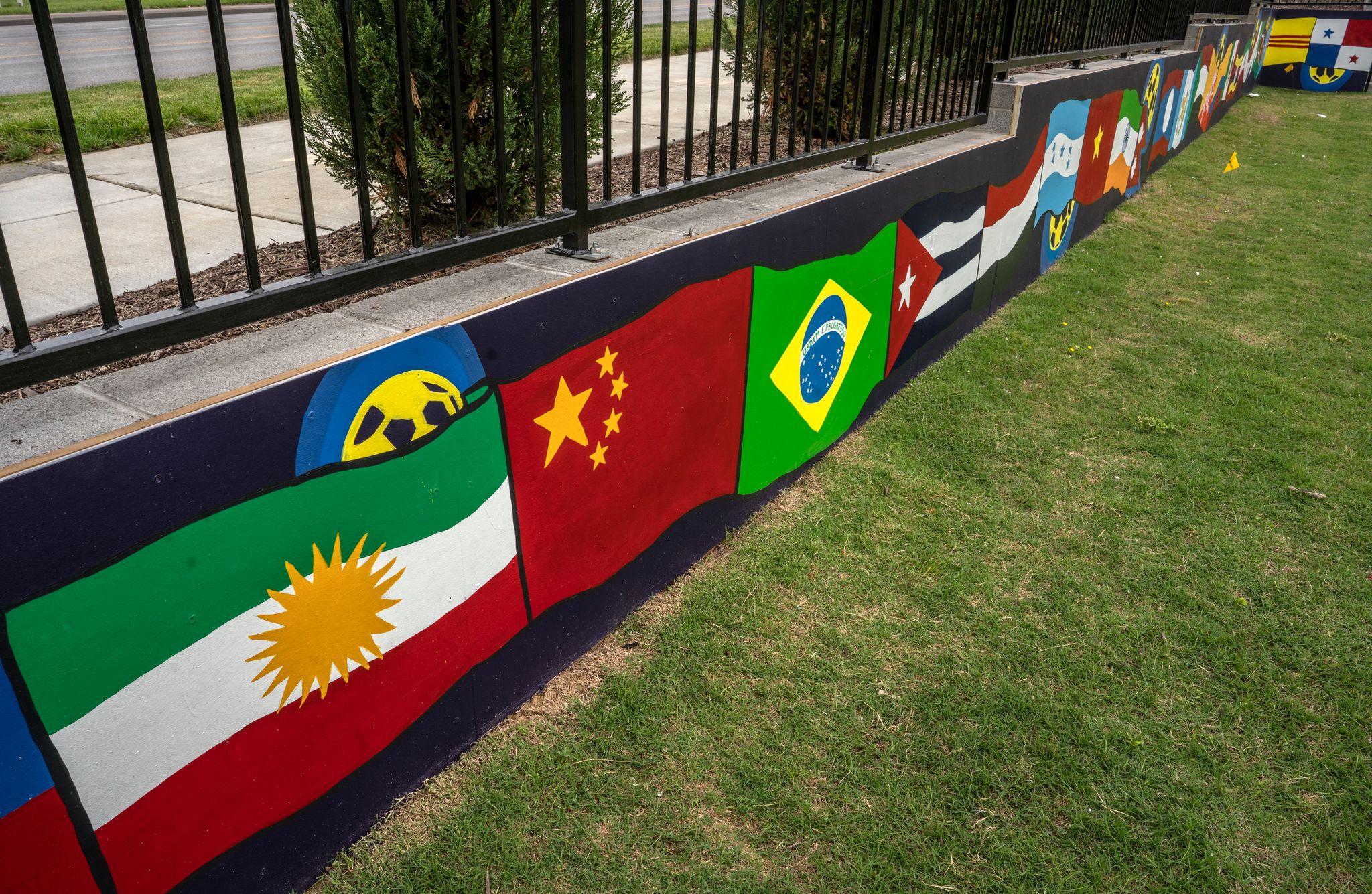 Murals outside the building represent the flags of nations. (Photo: John Partipilo) 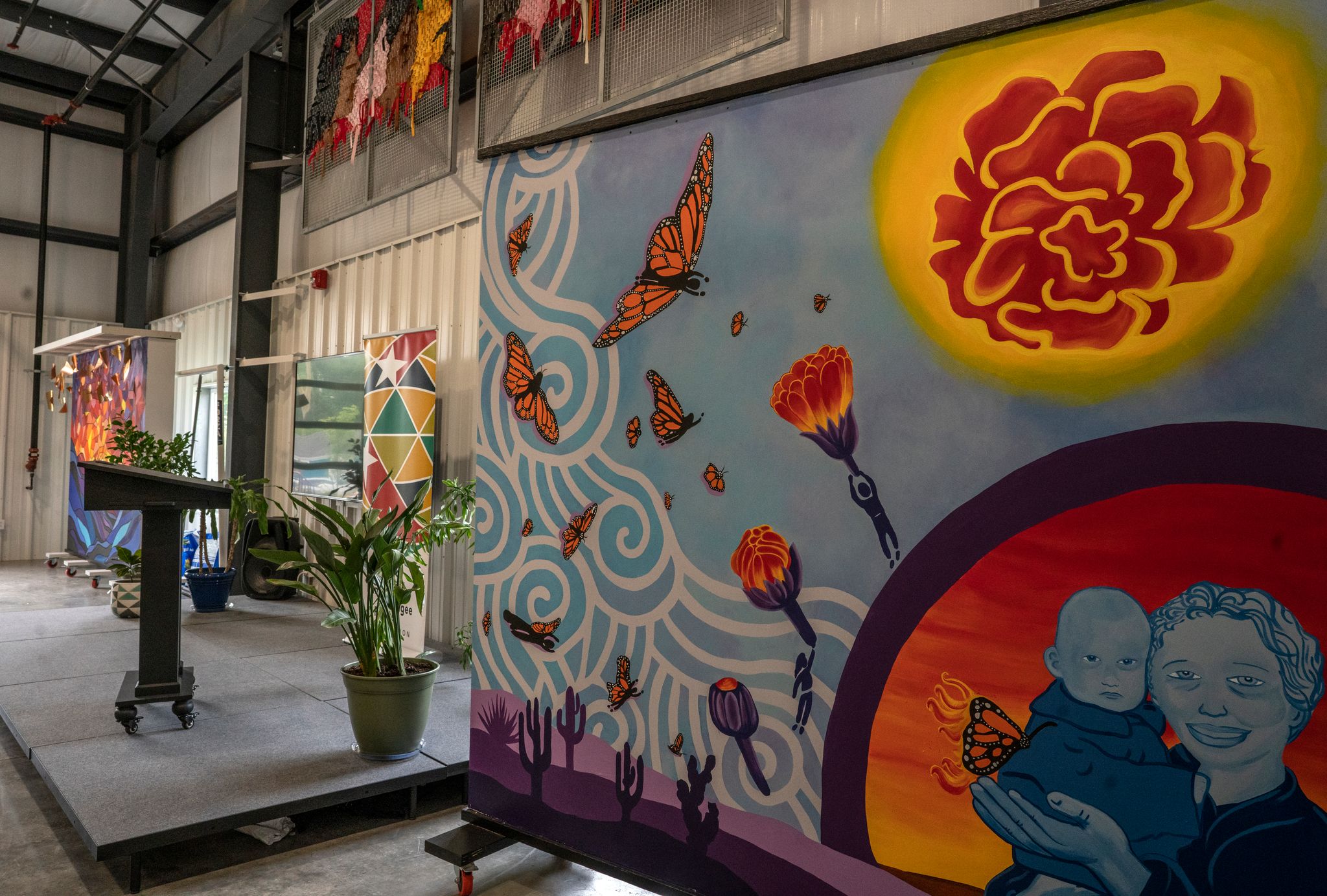 Art blooms inside, as well as outside, the building. (Photo: John Partipilo) 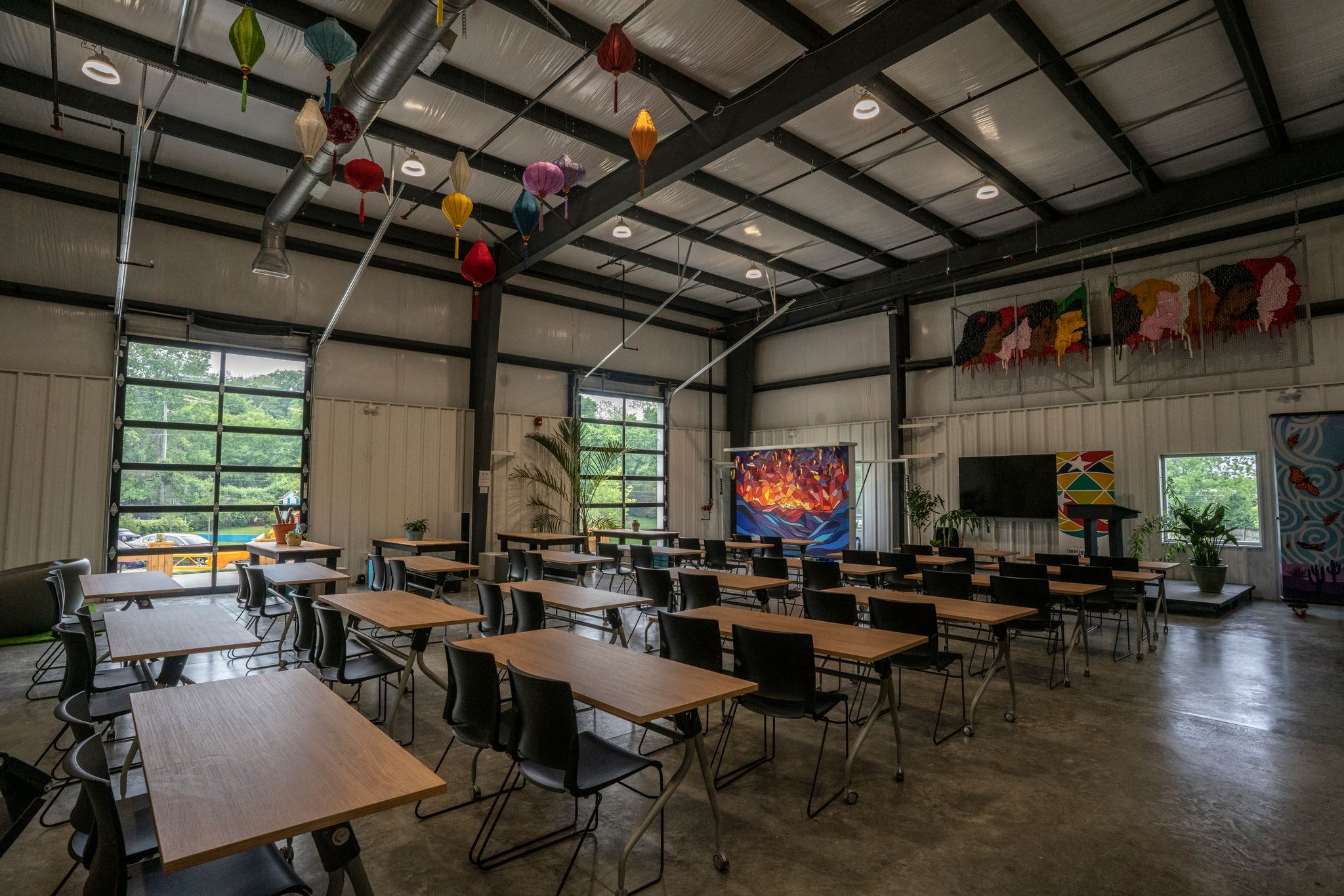 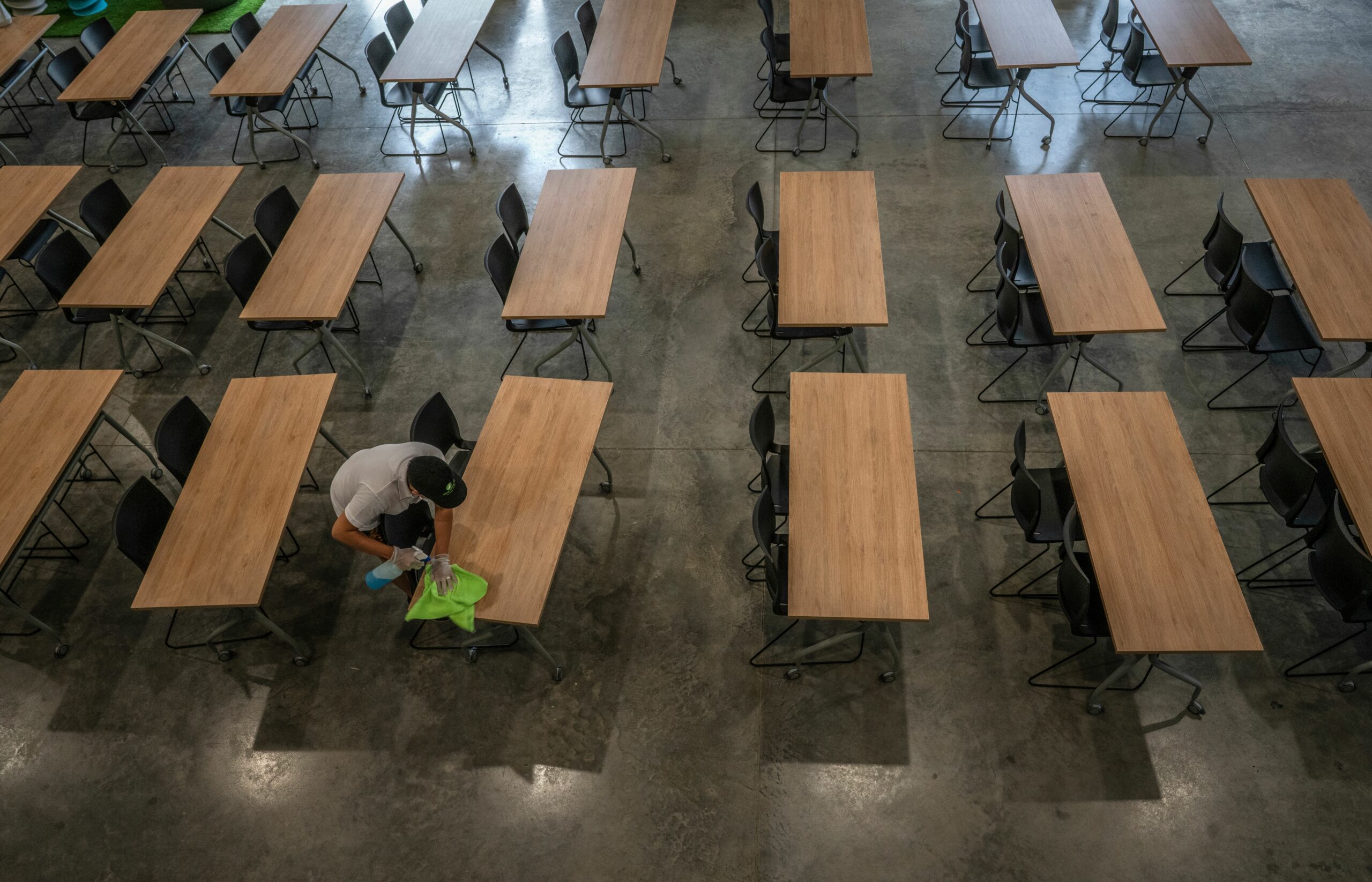 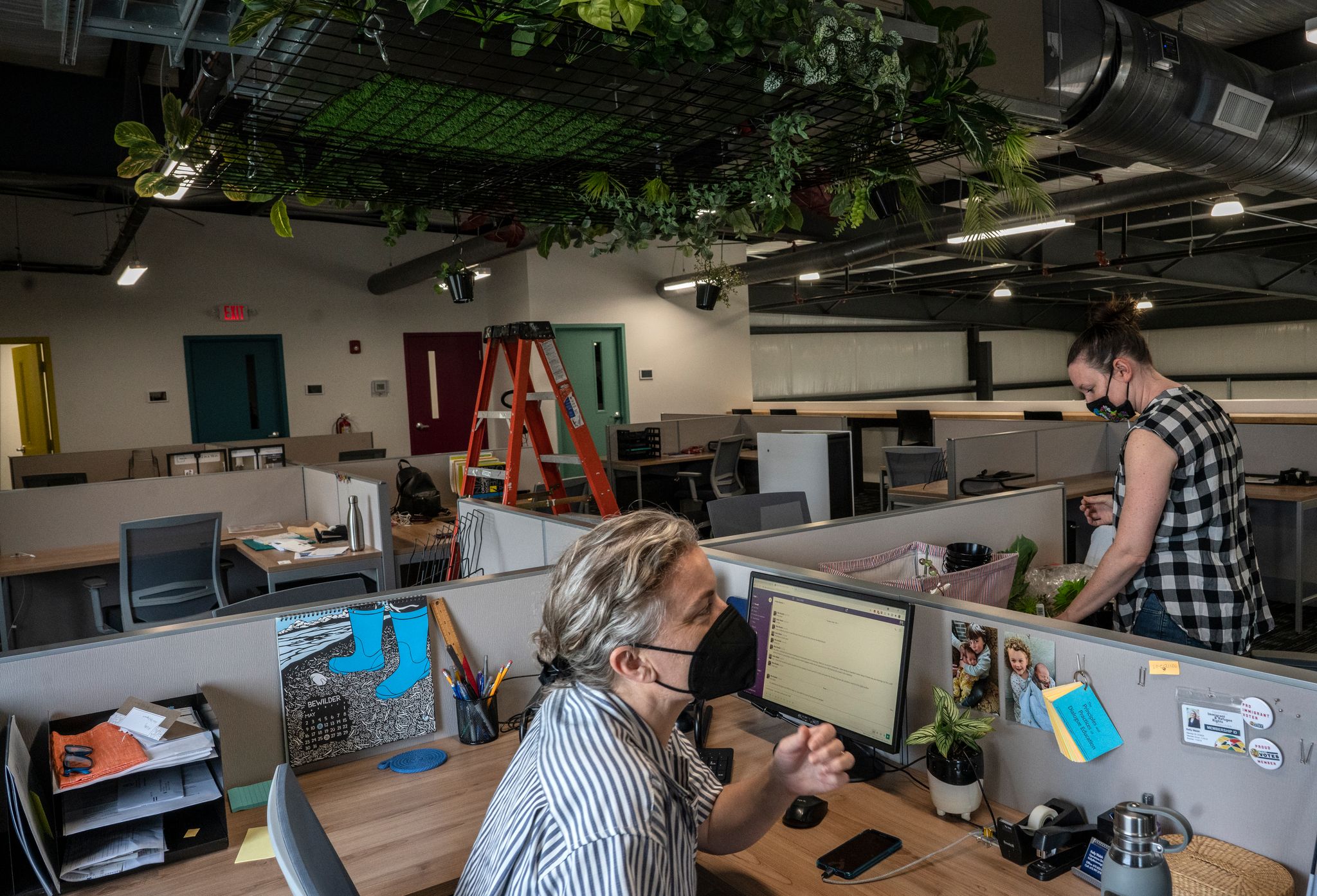 COVID-19 further highlighted the need for services in the community, as immigrants were especially hard-hit: Hispanic Tennesseans accounted for one of every three COVID-19 cases.

On April 29, a ribbon-cutting ceremony was held to commemorate TIRRC’s official opening.

Past the playground, splashes of color and paint created the outside walls of the building. Between the inside and the outside, 13 murals were completed by 11 artists whose goal was to create a welcoming environment.

Beyond the entrance, visitors find themselves in a wide open room. Sculptures dance on the ceiling above rows of desks for conferences. This area will eventually serve two purposes: one for businesses and one for fun.

Local citizens are welcome to reserve the TIRRC’s headquarters for anything from weddings to quinceañeras, said TIRRC officials. A nearby full kitchen was designed to host cooking demonstrations, making sure there are endless possibilities of activities. Local businesses will be promoted, assuring funds will eventually pool back into the community, and revenue generated from parties will be used to pay for building upkeep.

Hidden in a corner beyond the murals is a room for one of  TIRRC’s primary purposes. A legal suite stands ready for all the legal needs of immigrants across the state. Since January, TIRRC employees have rushed to aid those applying for DACA—Deferred Action for Childhood Arrivals— and hours will be spent here among piles of paperwork.

TIRRC’s staff aim to work quietly in their offices. Upstairs, employees are still setting up their desks, as if awakening from a year of hibernation. In another office, executive director Lisa Sherman-Nikolaus and others were meeting the deadline for a grant during a recent visit.

Getting their own headquarters was just the beginning, said Sherman-Nikolaus, now begins the real work of advocating on behalf of a vulnerable population. There’s endless possibilities, and TIRRC officials plan use their grounds to promote immigrant culture through festivals, such such as the award-winning InterNASHional Food Crawl,

“I’ve always believed that Nashville’s success is tied to the success of our immigrant communities, said former mayor Karl Dean, co-chair of TIRRC’s capital campaign committee in a press release. “Anne and I are proud to have served as the co-chairs for this capital campaign. The building is more beautiful than we could have imagined. Having a place where immigrant families can gather and dream up a better future for all of us is good for the whole city.”