Shelby County Board of Commissioners addressed the dissolution of a contract between Shelby County Schools and Porter-Leath, the historic Memphis preschool agency, at Wednesday’s regular session.

Last week, Porter-Leath officials learned that Shelby County Schools would not be renewing their organization’s contract to provide thousands of students with preschool classes. 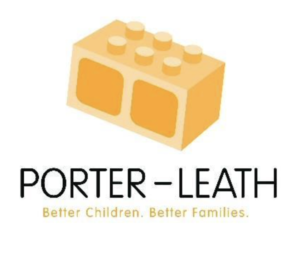 The dissolution of Porter-Leath’s contract with SCS means the agency would not be receiving about $16.9 million in funds, leaving parents with questions about pre-K enrollment for the upcoming year.

Representatives from both sides presented their views on the breakup.

According to SCS officials, the dissolution was brought on by compliance concerns about the amount of money needed to fund the program and salaries. SCS previously granted Porter-Leath $17 million, and Porter Leath fundraised to reach a total of $18 million.

“All three attorneys and a consultant indicated that no other organizations in the U.S. of this size and nature formalized under a contract branch, so that was one of the areas that we were trying to bring into compliance,” said Patrice Williamson-Thomas, SCS chief of staff.

Porter-Leath officials countered that they had never been in violation of education standards, yet two years ago relations between the two deteriorated.

“The new leadership did not like innovation very much. They certainly did not care for transparency,” said Mike Warr, chairman on the board of the Porter Leath Foundation. “By and large, it was the innovations we were doing ground to a halt.”

SCS officials reassured concerned parties that services to families would not be disrupted and that displaced employees would be relocated. Parents will be able to either re-enroll their children at SCS or Porter-Leath.

“With SCS and Porter Leath operating separately, we now have more opportunities to provide children with quality childcare,” said Williamson-Thomas.