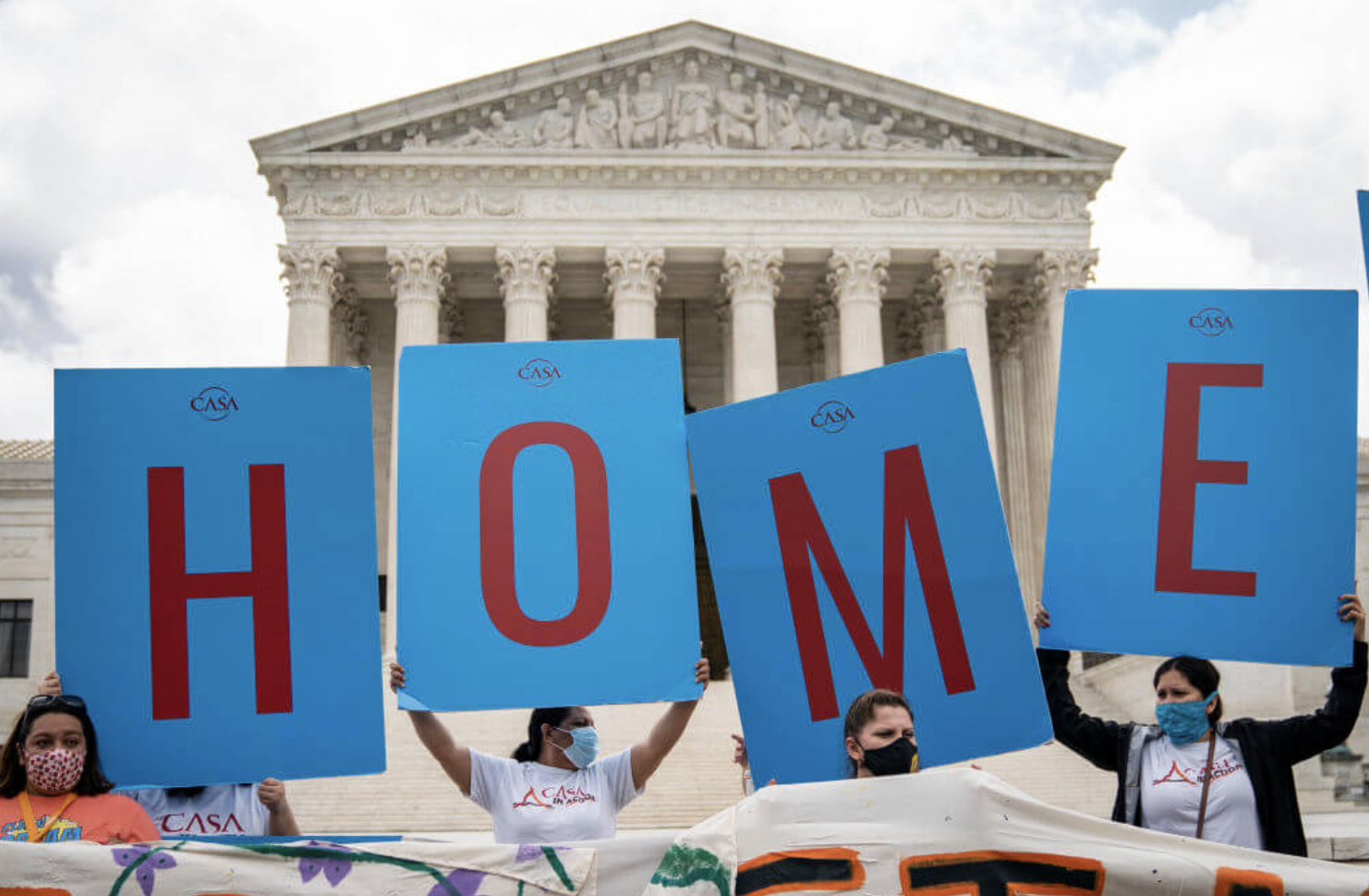 WASHINGTON — The U.S. Supreme Court on Thursday salvaged an Obama-era program that has allowed hundreds of thousands of young, unauthorized immigrants known as “Dreamers” to remain in the country without immediate fear of deportation.

In a 5-4 decision, Chief Justice John Roberts sided with the court’s liberal wing in finding that the Trump administration broke the law in 2017 when it rescinded the program, known as Deferred Action for Childhood Arrivals, or DACA.

The court held that the U.S. Department of Homeland Security’s decision to end the program was “arbitrary and capricious” and therefore in violation of the Administrative Procedure Act.

“We do not decide whether DACA or its rescission are sound policies,” Roberts wrote. “‘The wisdom’ of those decisions ‘is none of our concern.'”

But the department, he said, “failed to consider the conspicuous issues of whether to retain forbearance and what if anything to do about the hardship to DACA recipients. That dual failure raises doubts about whether the agency appreciated the scope of its discretion or exercised that discretion in a reasonable manner.”

The ruling drew cheers from liberal lawmakers and advocates across the country.

“By rejecting the Trump administration’s illegal attempt to end DACA, the Supreme Court provided a critical measure of relief to DACA recipients and their families at a time when they — like all Americans — are experiencing significant fear and uncertainty as a result of the coronavirus pandemic,” Neera Tanden, president and CEO of the Center for American Progress, said in a statement.

“Today’s incredible victory reaffirms what we already know: immigrant youth are powerful and are here to stay. Immigrant youth organized tirelessly to win protections through DACA and to defend the program against repeated attacks. Immigrant youth in Tennessee have shown that when we organize we can win,” said Stephanie Teatro, president of Tennessee Immigrant and Refugees Rights Coalition.

Justice Clarence Thomas called the ruling “mystifying” in a dissenting opinion. “Today’s decision must be recognized for what it is: an effort to avoid a politically controversial but legally correct decision,” he wrote.

The ruling will likely inflame partisan tensions ahead of the 2020 presidential contest. It comes days after the court issued an unexpected ruling protecting LGBTQ workers from job discrimination.

Senate Minority Leader Chuck Schumer (D-N.Y.) called the pair of rulings “a bright ray of sunshine” during difficult times. “This is a wonderful, wonderful day,” he said in a statement.

The DACA program was created in 2012 to allow certain immigrants who arrived in the United States before age 16 to apply for temporary protection from deportation and work permits.

About 700,000 people have participated in the program, according to the court. A 2017 survey of DACA recipients found that nearly all respondents were either employed or in school, according to the Center for American Progress.

“For the last eight years, DACA has allowed me to dream of a better future – to go to school, to work, and to live without fear of deportation. Today’s victory is a testament to the powerful organizing of immigrant youth. We fought to win protection through DACA and will continue to fight for permanent protections for all of our communities,” said Jazmin Ramirez, a DACA recipient.

President Donald Trump vowed on the campaign trail to “end” the program. His administration made good on his promise in 2017, but lower courts blocked the decision from taking effect.

The administration could try to end the program again, the court noted. If it does, it will have to do so in a way that complies with federal law governing such decisions.

Last June, the U.S. House passed legislation that would safeguard the program and provide a pathway to citizenship for Dreamers. The bill has not been taken up in the U.S. Senate.